Afternoon #WarHamFam and #WarhammerCommunity I stumbled across a tweet the other day pointing out Hachette were doing a 50% off deal on Warhammer Conquest magazine. I Was initially excited but not only were there a lot of the magazines labelled 'Out of stock' there were many that were not that were no longer available. Someone pointed out that there were some Pox Walkers and Death Guard so I rooted around and did indeed find them. As I hope to use these in my #ArmiesOnParaade2022 having a few more to bulk out the baddies made sense and some terrain too to decorate the board. So I got the Poxwalkers and Death Guard, another Munitorum Container, Haemotrope Reactor and some Plasma Conduits. If you spent over £30 you got free postage, this was £40 and then the 50% off came in at £20! Bargain in my book, and these will go on my spreadsheet as magazines, NOT new figures... 😎 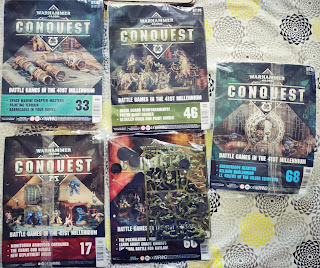 So I got to building the marines and it was lucky I got these two sets, as the Marine on the Poxwalker sprue needs the spare weapon that's on the reinforcement sprue.

These Poxwalkers are fantastic models and how they are put together can be really ingenious. I hope we get to see more of this level of creativity in what is essentially a basic model.

They are so good, I don't know how easy they'll be to paint but the variety in them is awesome. However, I'm totally going to keep impaling myself on their spikes!

The Lord of Contagion is pretty hefty beast. You'll not that I've added my twigs and some sharp sand on the bases. They'll still be wading through tar sludge and I've already identified my Red Planet BASE sand colouring isn;t quite right but I'm hoping to solve that problem when they're all done. 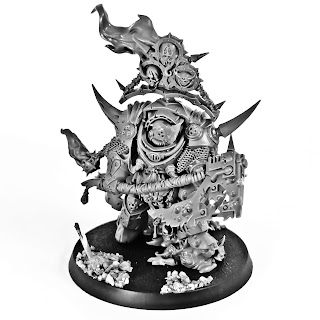 Foetid Bloat Drone, so great to have something more substantial to add to the warband. Clearly something that would never be part of Kill Team but I love the model and I'm excited to paint it. My youngest has expressed an interest in trying to paint some figures in the summer. I'm thinking some of these would be a decent starting point. 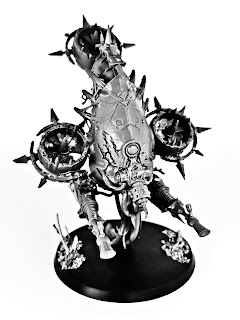 I absolutely love this, I had no idea quite how large it was, you can hide a Redemptor Dreadnought behind it! I also got the plasma conduits made, but I haven't put their feet on yet as I don't want to commit to a layout just yet, I have a Magnavent and want to see how they all interact first. 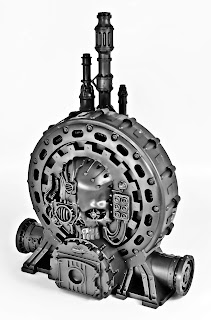 I also part built the Munitorum Container, but I want to add functioning doors so it'll be awhile before it's built. So far, for all of this I'm going to get 5 Great Big Big Build BLESSED VERDIGRIS Stamps of Approval [the Poxwalkers only count as one]. 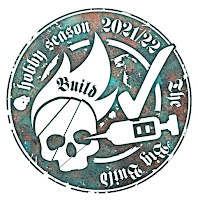