We all know the deal by now, I take some 'accurate' pics with a digital camera and then some of the more 'filtered' cool pics with my phone. That way I always have pics to hand and I get the best of both worlds. Well, the digital camera pics need a little more editing before I can share them. Obviously this is a big beast and I couldn't fit it in my light box, these pics are on my kitchen table, but using the clip lights from the box. 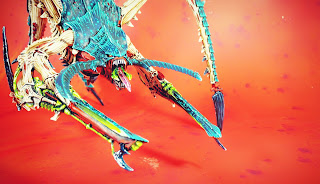 In particular the white background images will need some tweaking on Photoshop to get rid of the reflections - it was a glossy white background. Thankfully my phone pics could be tweaked as i took them. Anyway, that's by the by and I can share these now and come back with the other pics in a week or two.

But she's complete, although as per usual I have some reflections. I had considered adding far more Tamiya Clear Red X-27 in the rib crevices and between each chitin plate on its back.

In fact you should be just about able to make out a line of Tamiya Clear Red X-27 behind the third head plate. I just wanted to see what it was like but I was smudging the highlights which wasn't quite what I was after. Really it needs a watered down Khorne Red first and then Tamiya Clear Red X-27.

That way you get to see the red in play, currently it's just a bit odd looking, so I stopped before it went weird on me. The carapace cysts did OK though.

And the join between thorax and abdomen came out OK too. 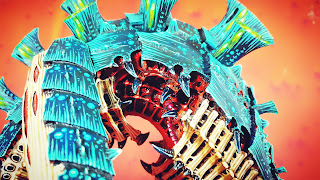 The head is OK, I'm still thinking there are more FX I could have done to make it cooler but I was losing patience and this is good enough for me to move on. Should I wish to explore those extras I can do that down the line [I probably won't, so they really don't matter do they...!] 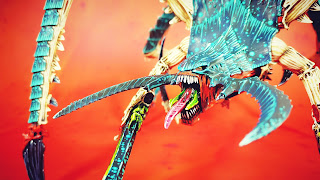 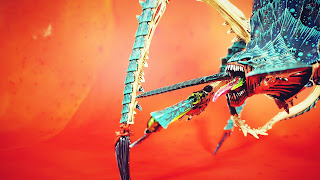 And some white background shots. 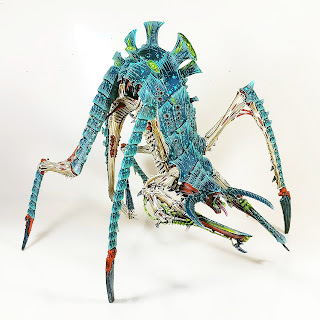 The irony is after taking the pics it was immediately dismantled and stored in my dice rolling box. Of course that's not just sad because it was stored away but it was stored in the thing I 'need' to roll dice in, which just goes to show what my gaming is like at the moment. 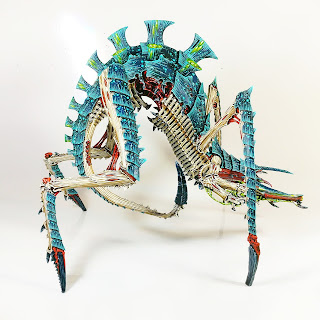 Which further highlights the issue that I'm painting allsorts, just not playing, which begs the question "why?" 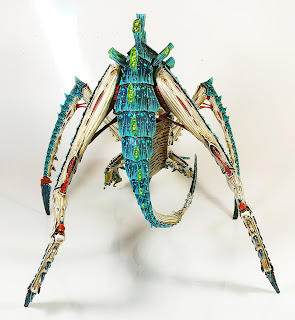 I enjoy the painting for sure [Formula 1 bingo there], it is my primary enjoyment but the gaming is part of it. I'm more than happy to keep painting away and denting my grey tide but the ultimate query would then be "why buy any more?" 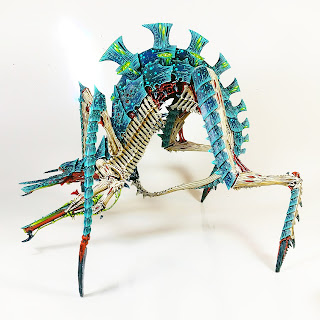 Right now I'm considering Kill Team, suggesting to Liam we go halves on Adeptus Titanicus on its release and even Shadespire! 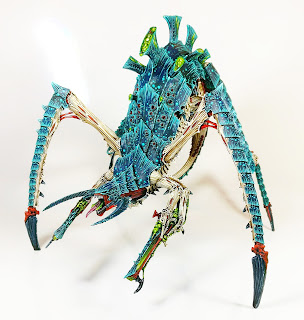 All of those are determined by the desire to play, but in actual fact that's highly unlikely. I'm not moaning, it's just merely an observation that I've come to. 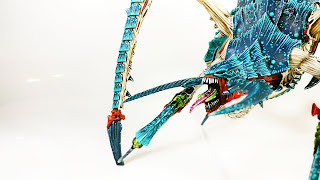 GW has brought out some amazing box sets and my carefully controlled approach to investing in factions seems to have gone out the window. 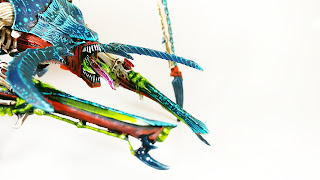 The Tyranids have been joined by Genestealer Cult, the Dark Angels have Knights and now both 'allies' have become armies in their own right [and we won't mention the Ad Mech bits...]. 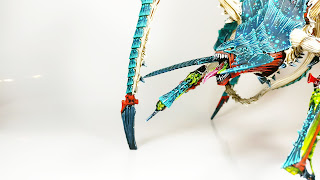 No doubt I'll get back to gaming but I must try and focus on what I've got, there are definite 'bits' I need to kitbash some models but I really shouldn't be thinking of anything else at the minute - that's a sure fire way to end up buying more stuff! 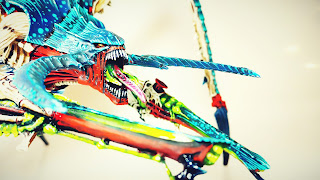 Regardless, I have a Big Gamboge Stamp of Approval, this baby is done. I'll get round to proper pics as soon as I can but tick this one off my list!