It's extremely difficult to express the feeling I got from completing this original Predator. Interestingly it's only really at the end that I felt so moved by the fact this 25+ year old model has finally been painted. 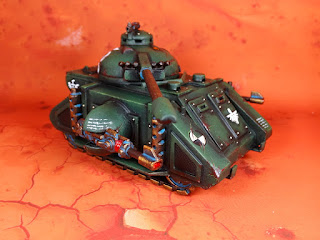 I can't recall whether it was late 80's or early 90's I picked this up but aroudn that time my Mum and Dad had a caravan and we would regularly have trips away. I recall this being purchased on one of those trips. 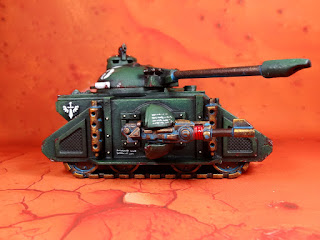 I have a vivid memory of opening it up in the back of the car as we drove around somewhere, possibly in Wales. I think we'd been to some shopping centre and I'd hunted down the nearest GW or hobby shop so I could make a purchase. 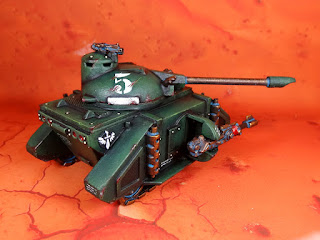 Now it's complete, so many years later and although the textured paint effect looks both wholly appropriate and also like I don't thin my paints and just slapped it on thick on top of an existing paint job I've somehow come to terms with it because it's complete. 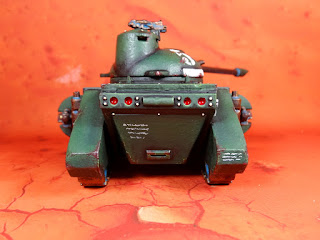 And aside from that issue I think the result is pretty good. Perhaps a bigger Chapter symbol would have been nice, the very small ones seem a little understated but also makes my armoured 'wing' stand out a little more. 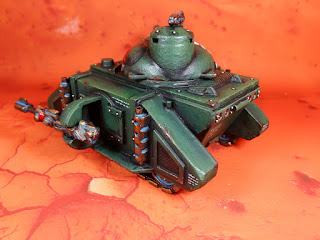 I also toned down the patina and the las-cannon lense coils just came out so well with the Tamiya Clear Red X-27. 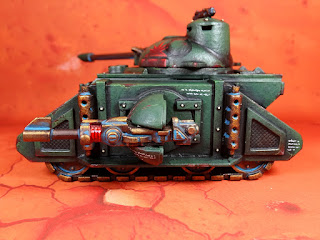 I'm just so pleased with it that although I like the current pattern of Rhino/Razorback/Predator I can't imagine anything but original Deimos on my Dark Angels army. 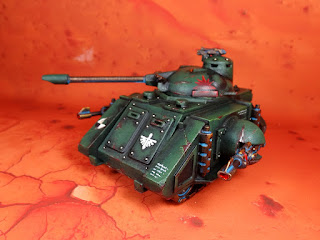 Thanfully I've another Razorback to finish and the 'Crayola' Whirlwind. 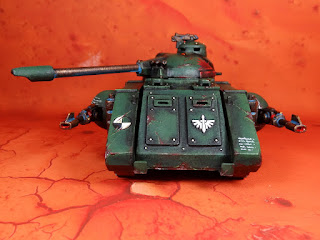 I doubt I'll repaint my 'Number 13' Rhino as I just don't see the point at this stage. Fitting these tanks into my army is a challenge already so one complete 2018 Rhino/Razorback should be enough for my current needs. 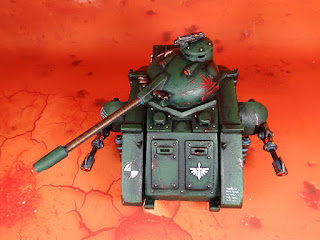 Anyway, here are all the white background shots just to look at, no more chat. 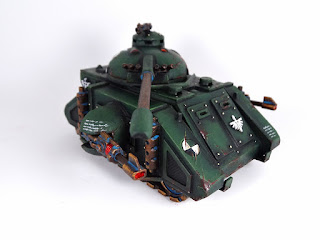 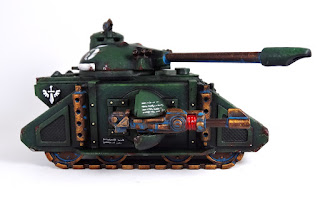 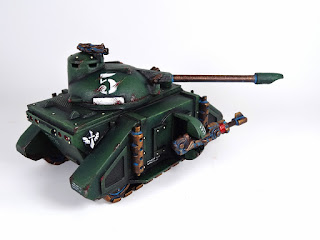 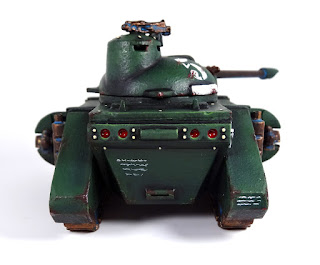 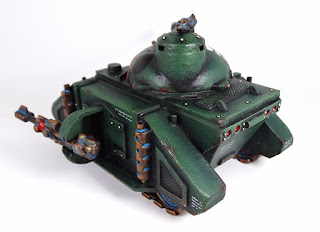 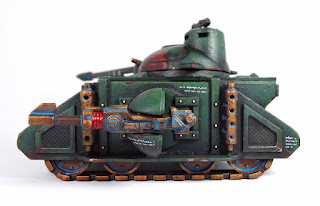 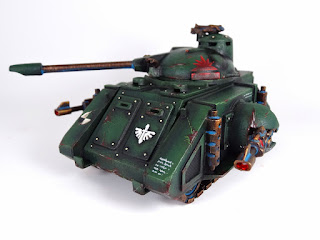 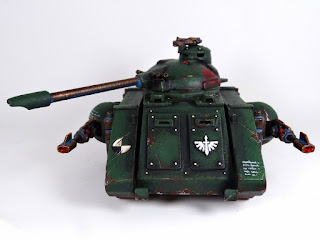 And the Great Big Gamboge Stamp of Approval for a job well done.