I occassionally question the validity of taking these 'moar' shots but the Veliva filter often helps create the pictures I use most often to share what I've done on forums and social media. 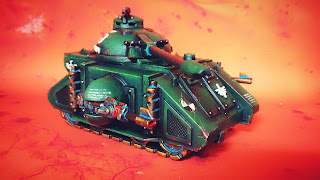 I love the richness and high contrast, I can never quite tell which is the most accurate representation of the model, but these pics definitely made my Predator look cool. 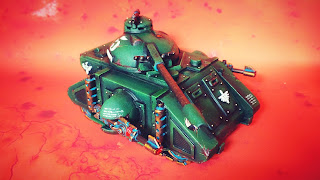 Which might suggest these aren't the most representative of colours... 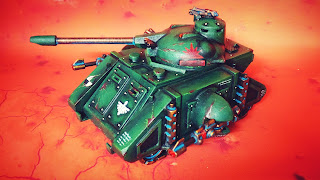 Regardless I love the results. 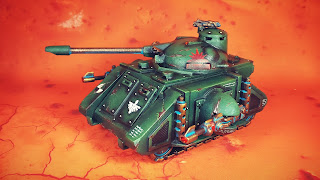 And I love the tank too. I perhaps would have liked some form of spiked ram at the front. Not sure where the original ended up. It's fine without and I think the weathering on that leading edge is 'neat' but I just envisage these with something to run folk over with ;) 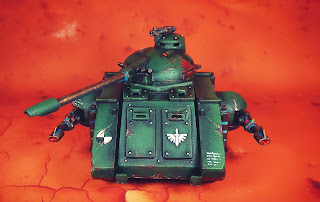 Company badge again was well executed. I could have gone with the stick on disc but I actually like how I've managed to make soemthing that could almost be a decal. If anyone ever asks then I'll know the effort was justified. 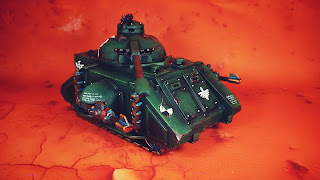 Again the laser lenses just came out so well. They totally look like those glass electricity insulators and add that touch of colour. 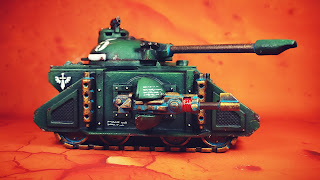 The rear drop pod Chapter symbol - it does the job. The big number 5 though, yummy 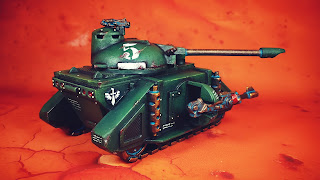 Rear lights, perhaps could have done the two outer ones as indicators, which would have amused me. 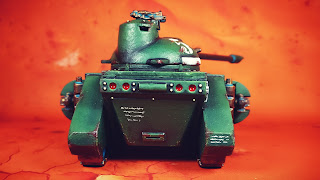 Anda a minimal amount of devotional script and litany, just to break up the expanse. 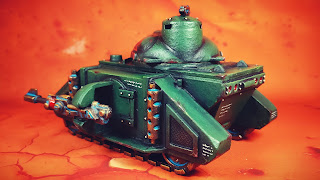 And the slightly more understated verdigris, in the darker turquoise just seems right. 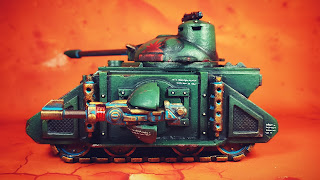 The Heavy Support symbol is OK, probably the least convincing addition for me but I don't dislike it. 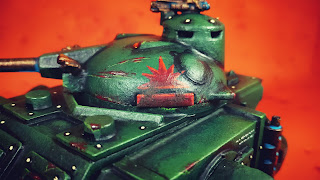 I'm pleased I didn't go too OTT with the scratches and weathering, certainly not like Euronymous. 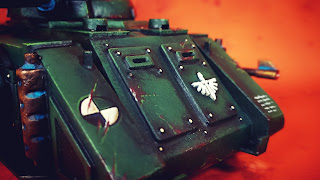 It'll be cool to have this on the battlefield but I suspect it won't last long against Ben's own armoured division, sadly. 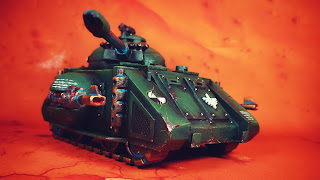 But love the fact it just looks like a WWII tank, which suggests I should probably be playing Bolt Action with them! 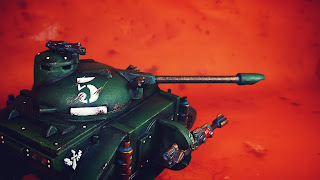 And the Camera360 pics on a white background, giving a different green altogether, make of these what you will... 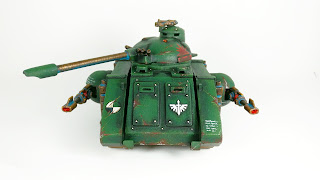 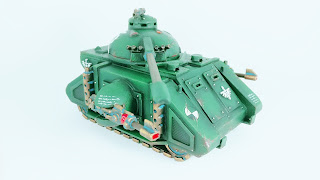 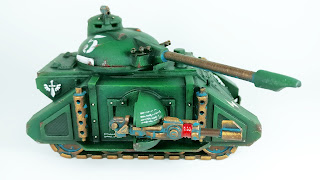 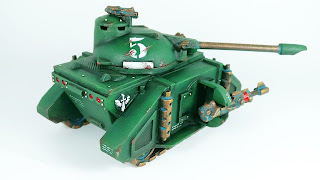 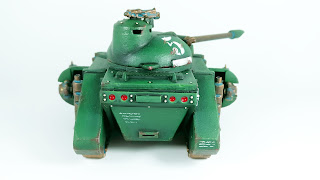 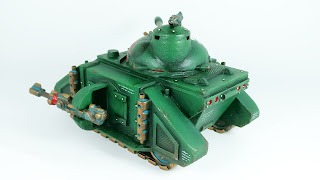 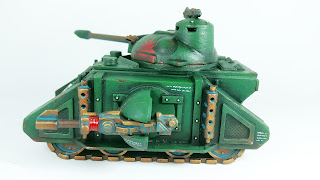 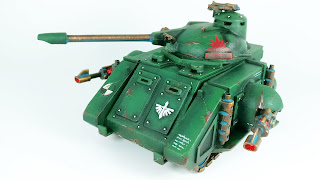 Next up will be my 1984 Citadel Samurai, completed for the 'Eavier Metal Facebook group competition. It's far from winning standard but I just wanted to join in. Then its my old skool/nu skool Razorback and then time to take stock...
Posted by 40kaddict at 12:17