Experimenting with my light box and a camera

You know I said you wouldn't have to put up with any pictures of completed models for a bit... Well, for various reasons I had access to a newer, better digital camera the other day and thought I'd see what it could do in my light box. It was actually what I went on to use for my Genestelaer Hybrid shots to try and make them look a little bit better than the digital camera I usually use. I think the pictures are better but at this stage I was still fidning my feet. I'm a point and shoot guy so this is it with automatic settings. 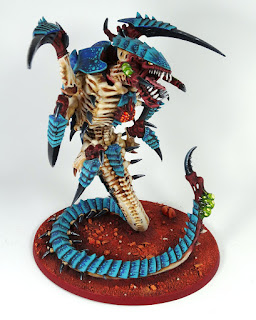 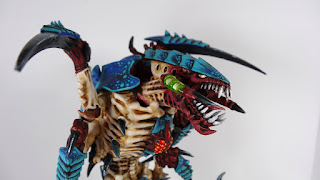 But it's not too bad. 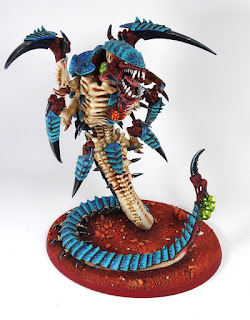 Compare that to what comes out of Camera360 on my phone. Now granted I'm doing a fair bit 'post-production' to get that whiteout behind which is in turn brightening the model as a whole. Possibly if there was a middle ground between the two images... 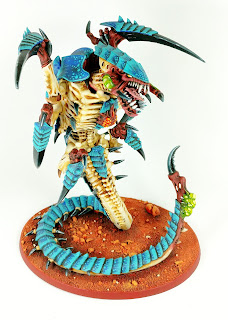 So I tried my Venomthrope in the box I'm sure I tried to adjust the colours in Picasa [I don't have Photoshop at home] but it's still a bit dull in the background. 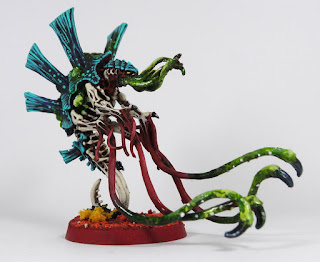 Once again Camera360 brings out the vibrancy. 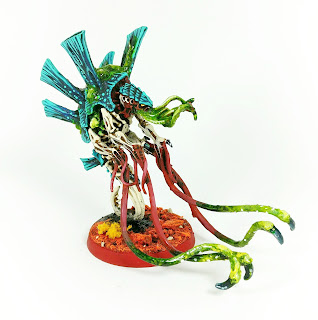 I think I actually prefer this, it speaks to my high contract, saturated appeal. 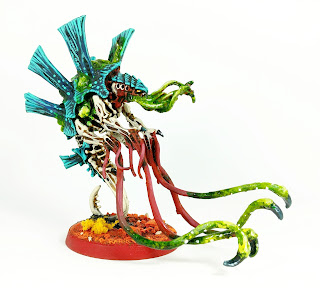 Epic Reaver Titan, with the best potential wound scoring mechanism not yet re-discovered by GW to sell new bases 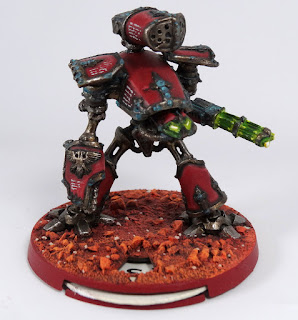 I notice that it's also picking up a little blur/shake on it as well. 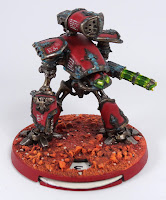 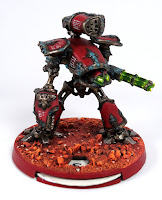 Whereas Camera360 manages to be pin sharp which seems a little surprising. The ProtoTervigon came out OK. 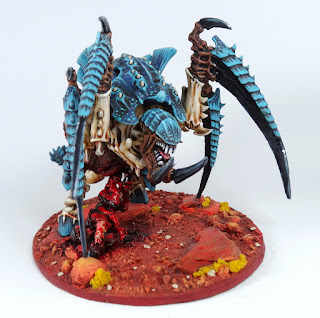 But the real advantage to the Sony is it's zoom capability 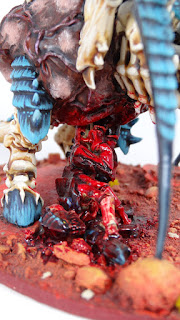 Allowing me to get really up-close and personal in all the gory details. 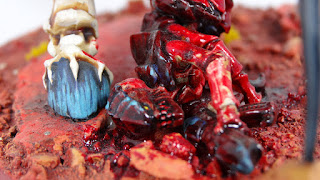 These are definitely better picture than my Panasonic camera, although I should have taken some on the Red Planet background. Anyway, it was worth a play around and sharing the pcitures with you all. Obviously it convinced me enough to photograph the Genestealer Cult with it, it's still a learning experience but they're much improved I think, maybe I can finally get something on the GW website?
Posted by 40kaddict at 12:18