This is a post I've had in draft for probably four years at least. It was actually only the last couple of pictures that constituted the post, hence why it had never got past draft state. But I did at least a couple of these back when I was creating my STC terrain templates. When you're in the business of making templates you really start to take notice of buildings and structures to help with ideas of your own. My recent holiday to Wales was great for pictures and I thought there was sufficient to add to this post to make it worthwhile.

So we had the opportunity to return to Portmeirion, famous for featuring as 'the Village' in The Prisoner. I cannot emphasise enough how much I love this place. It may be a pastiche of a real Italian village and some of the elemtns are clearly 'home made', bodges even but in some respects that makes it even more special because it feels like a scratchbuild by those artists who lived and worked there. Anyway, this sculpture captured my attention for obvious reasons.

In particular it highlights that some areas do not weather at all. Should I go all out verdigris it's definitely something to think about, although to be fair I have already been there with my Honoured Imperium Statue [and I added rust streaks too!] 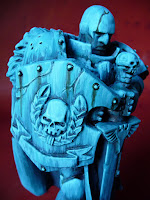 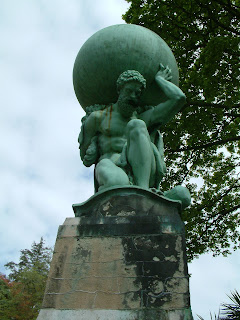 So if you ever get chance to go to this place I heartily recommend it, they even hold a music festival in the summer. We've been about 5 or 6 times now and aside from Warhammer World it is probably my favorite place ever. 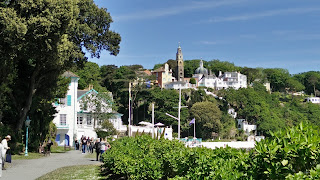 But to get back on track about finding inspiration in the places we go I did discover this awesome rust that could be recreated with a variety of weathering powders, technical paints and what have you. It may even stand out [just] on Ferron Proxima as the yellow rust might just show up against the red, which might get 'swallowed' by Red Planet BASE [but then that is the point of the fluff about my modular hills...] And some Nurgley rust too! 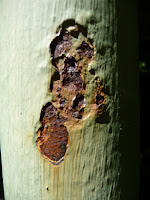 Now, speaking of rust brings me back to the original inspiration for the Look Around You post. This is a car park next to my office and it's always struck me as very grimdark . 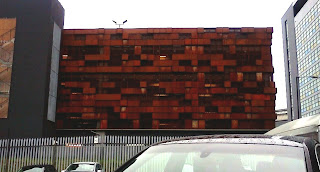 Of course the use of Cor-ten weathering steel helps, but it's also the variety of shapes and textures. It may not be some high gothic, but it definitely smacks of underhive. 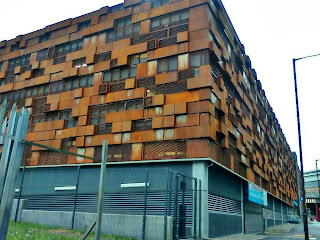 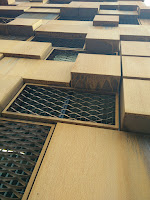 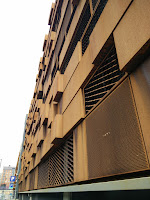 These pics were actually taken a few years later. I took them so I could get a close look at the textures and weathering 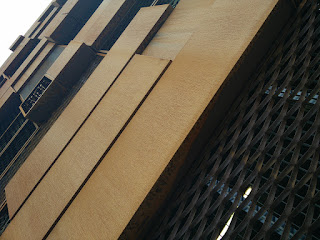 Perhaps they'll be inspirational for your own hobby projects. 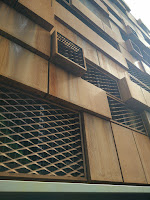 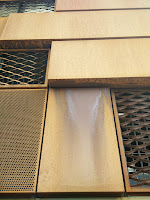 And this is what inspired me back in the day. It's my stalled Maufactorum STC. It was really just supposed to be a framework with the gridded area used to create the patchwork effect seen on the car park. Cutting various pieces of board and corrugated card to duplicate all those textures and surfaces. One day I'll get round to completing it...