The motorbike madness continues as I manage to complete building my group of seven Ravenwing Knights. Seven is a good a number as I can run a Comand Squad with three or four and another unit of Knights with four or three in number or go for a large six man Command unit or a slightly bigger seven man Knight unit. Options are there, is what I'm saying. 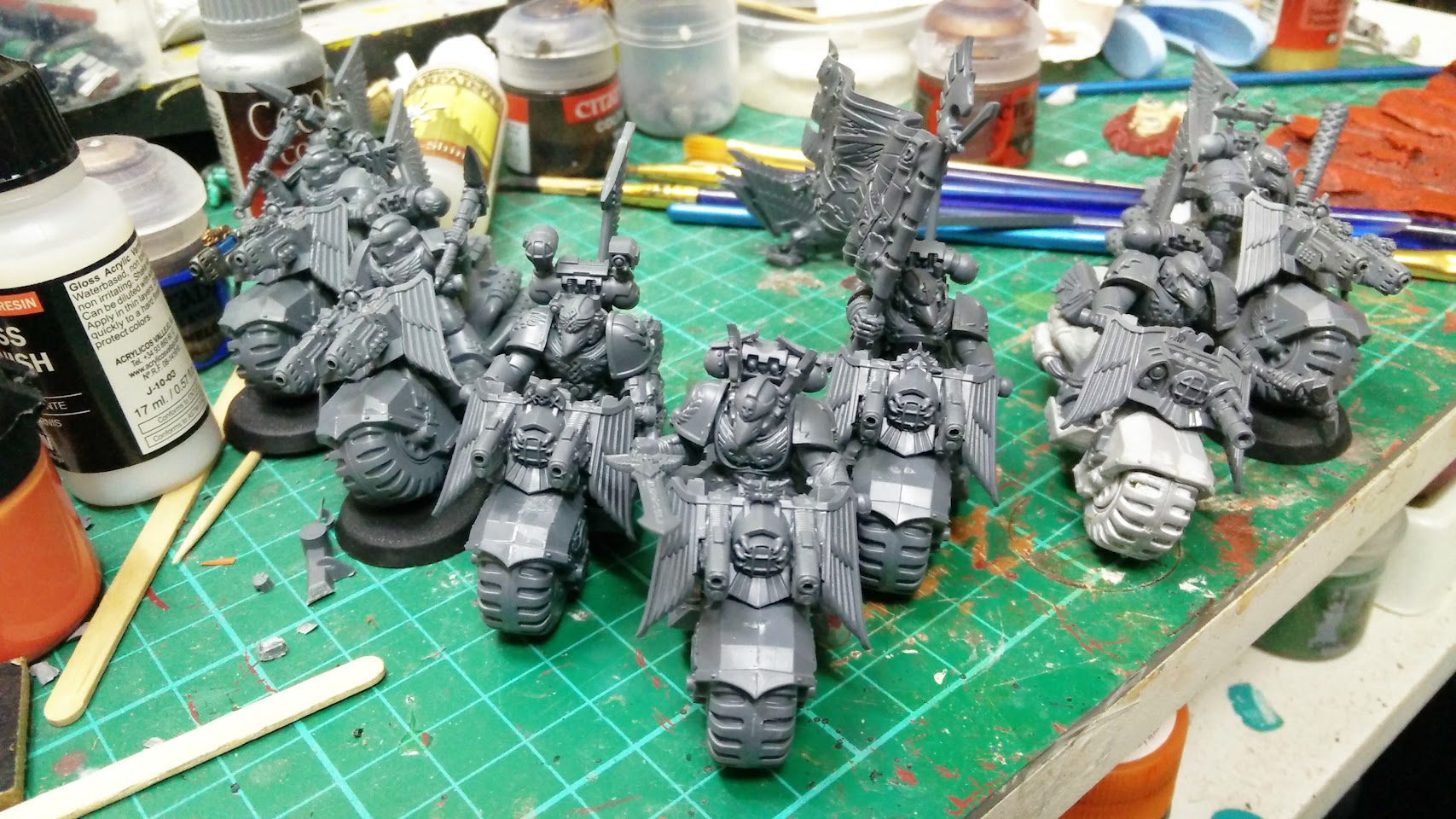 I carried on with my Dark Vengeance bike conversions, the plasma pistols really do blend in nicely. I've been using a proper Stanley Knife, instad of my scalpel, to do some of the cuts on the bike and pistols. So far it's been less dangerous I think as I can just force the blade through the plastic, the heavy duty handle allowing me to exert pressure with less risk. I must admit though I cocked up with the choice of weapon, I didn't realise that pose would mean he's now physically incapable of swinging the weapon down! 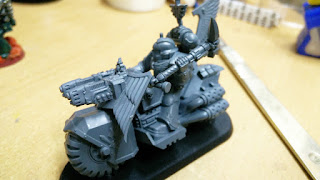 Anyway, not to worry, I've since swapped the pick with one from the other 'left handed' bike and although it's still not truly dynamic at least they're realistic. This one below was the Plasma Gun armed guy. Again the Stanley knife cut through the plastic with ease and I now have a spare plasma gun arm! I also added in a Dark Angel upgrade back pack for a bit of variety. 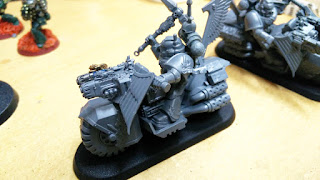 Definitely excited about these guys, such a simple conversion to take realtively cheap and accessible and make them high value assets to my force. That said I need to do the bases which I think will delay any progress on these for a while, which is no bad theing really as I have other projects to get back to. So lets call these guys currently on hiatus, or alternatively 'in stasis' ;)
Posted by 40kaddict at 12:16