Saturday was Blog Wars 8 and I had so much fun With PeteB, Liam and Ben. We all went as a group, PeteB taking his Space Wolves, Liam his Dark Eldar and Ben taking my arch-nemesis - Necrons. We all had a great time despite a less than stellar succes right [in gaming terms]. According to the results I came 18th, with Ben typically taking the best slot out of our group - 10th [although he faced some unique new combos that finally taught his crons 'fear']. PeteB came 22nd and Liam was dead last at 26th.

On the plus side that won him the coveted Wooden Spoon Prize, Certificate and £5 voucher for Element Games and on his birthday too! But the prizes didn't end there, PeteB picked up a spot prize when one of his unit was killed when his blast weapon deviated onto his own Thunderwolves. He picked up a pack of Tactical Objective cards for the failure and gifterd them to Liam [as it was his birthday.

Then Liam won best painted army [I cam 2nd], another £15 voucher for Element Game, and on his birthday he even picked up best Character for a further £10 voucher. to cap it all PeteB won a Voidraven bomber in the raffle and then 'on his birthday' Liam won a Muderfang Dreadnought so Liam and PeteB promptly swapped prizes. We owned BW8!

I even managed to discover about a dozen packs of Tactical objective cards in the Element Games shop, they're right there on the counter and you can order online, although if you get chanc eto visit it is like Aladdin's Cave. 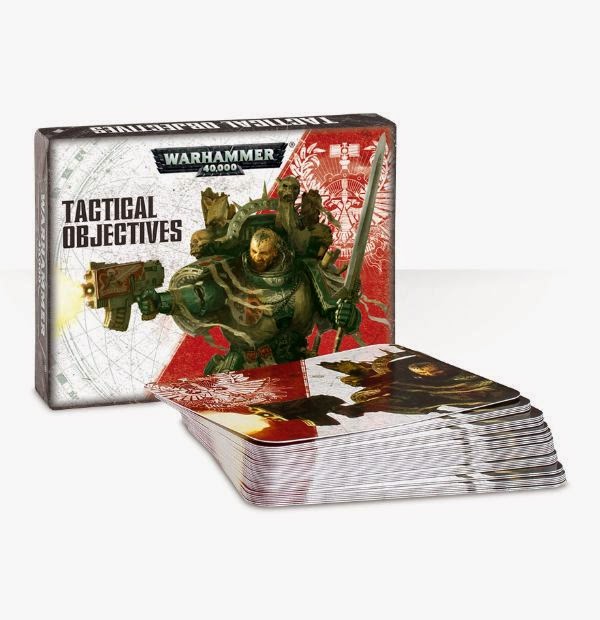 I did take pictures so hopefully I'll get some battle reports done. The only real downside to the day had nothing to do with the tournament or the games but the fact when I came to unpack my army at the start of the day, which hasn't been touched since Armies on Parade. I seem to be missing my CORE toolbox, not to mention a takeaway tub full of my latest Genestealers 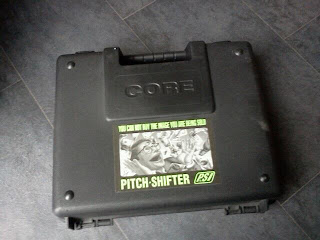 Admittedly it doesn't look like this inside now, but it does contain my Warriors, Primes, some Stealers, both Broodlords and assorted odds and sods. Luckily I had sufficent models to make do in all my games but when I returned home I could find no sign of either of these in our back room. Of course it's full of allsorts at the moment but the CORE box would at least stand out. I can only imagine I left it at GW after Armies on Parade but can't contact them until Wednesday and I'd expect they would have tried to let me know if I had left stuff 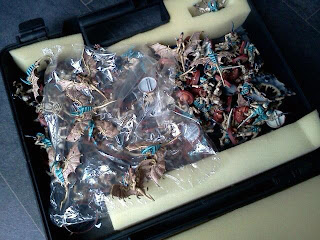 Either way it put a downer on what was an otherwise fantastic day. Fingers crossed it'll turn up somewhere and we'll all make BW9 and 10

UPDATE:
The CORE box was indeed left at GW after AoP the manager even let me know on the Facebook group but I think my Swiss cheese addled home DiY brain excised that info from my brain, maybe it was the Inquisition? I think I even said in reply it would give me reason to return for my silver medal. The Stealers on the other hand... I think they may be hiding under some new curtains or a loo brush ;)
Posted by 40kaddict at 13:17