Dark Angels - Watcher in the Dark - TO DONE!

Aah, this wee little fella got done. Not sure why I was so keen to get him finished, he's little to nothing in my army but I guess it just feels good to complete something. 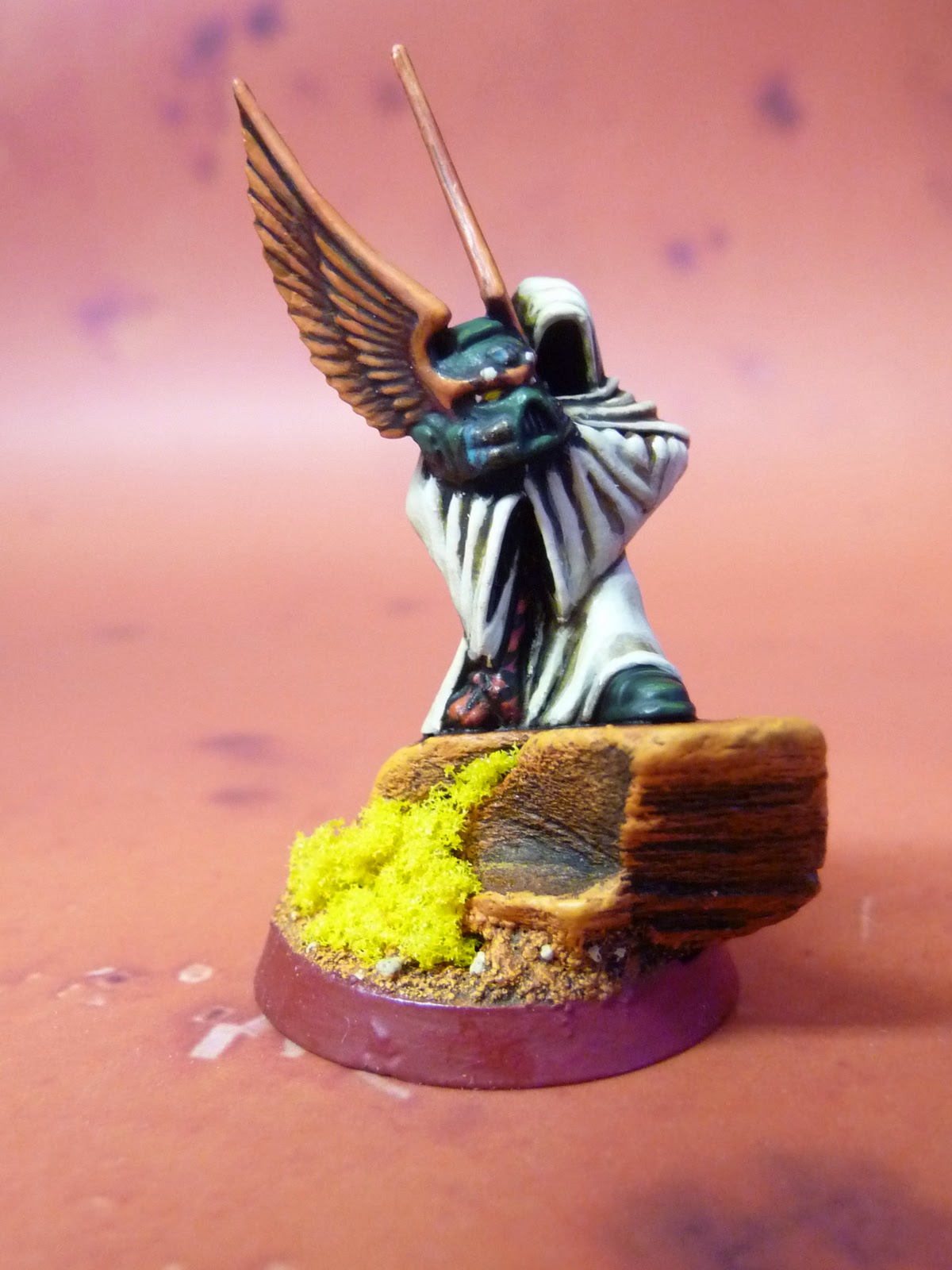 I went a little OTT on the yellow weed, just a tad more than I should have done but I find it's quite difficult to work with so it's a bit of a gamble. 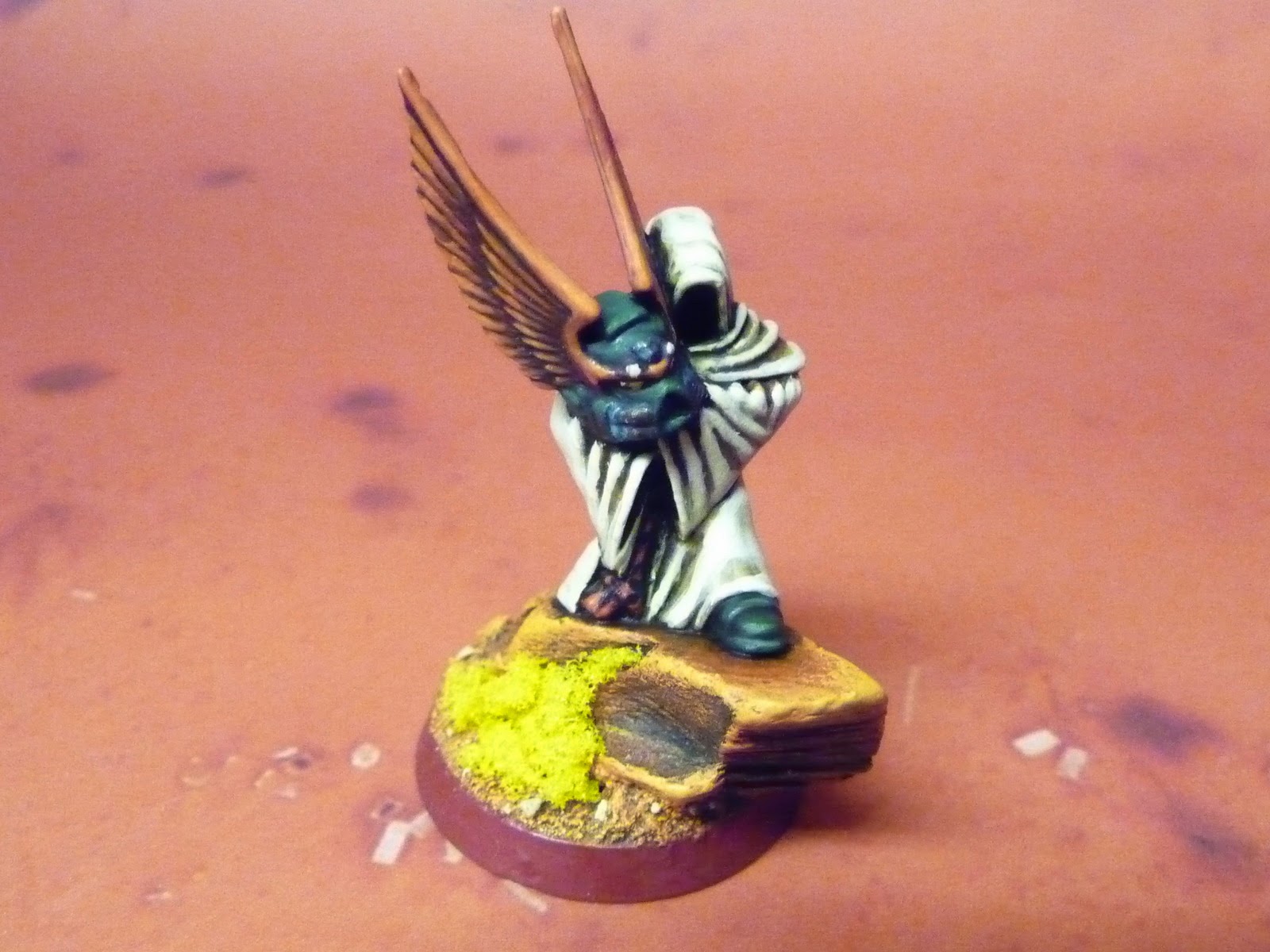 The Lion Helm is a little understated I think but I chose to do it similar to the Codex version - red wings. It fits my colour scheme [with the red planet base], although I think bronze would have probably been more appropriate. 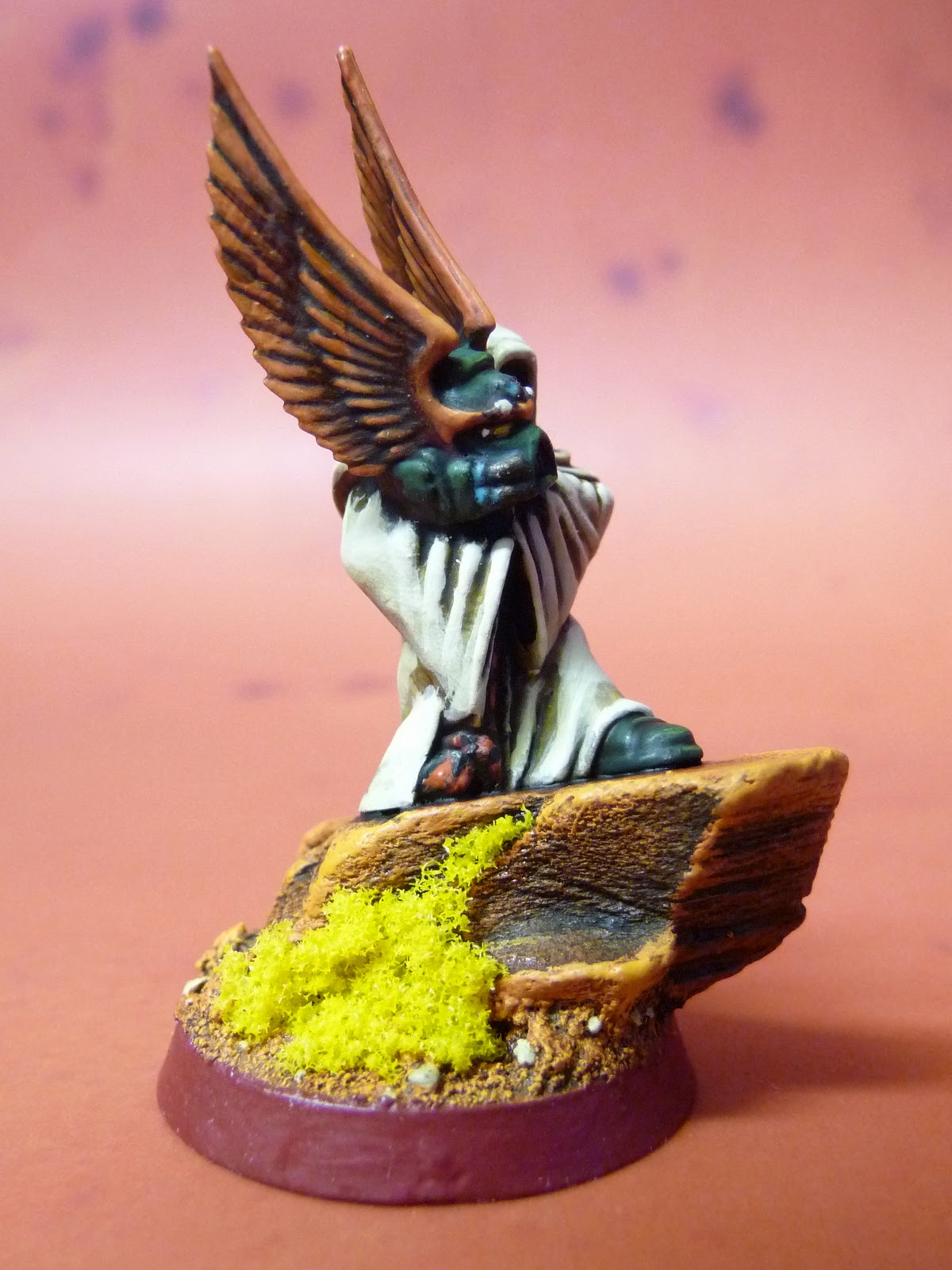 Shadows in the creases of his cloak/mantle/habit are probably a bit too extreme but I've always been a big fan of contrast so although it's not realistic I'm still happy with the result, despite knowing it's wrong, wrong, wrong ;) 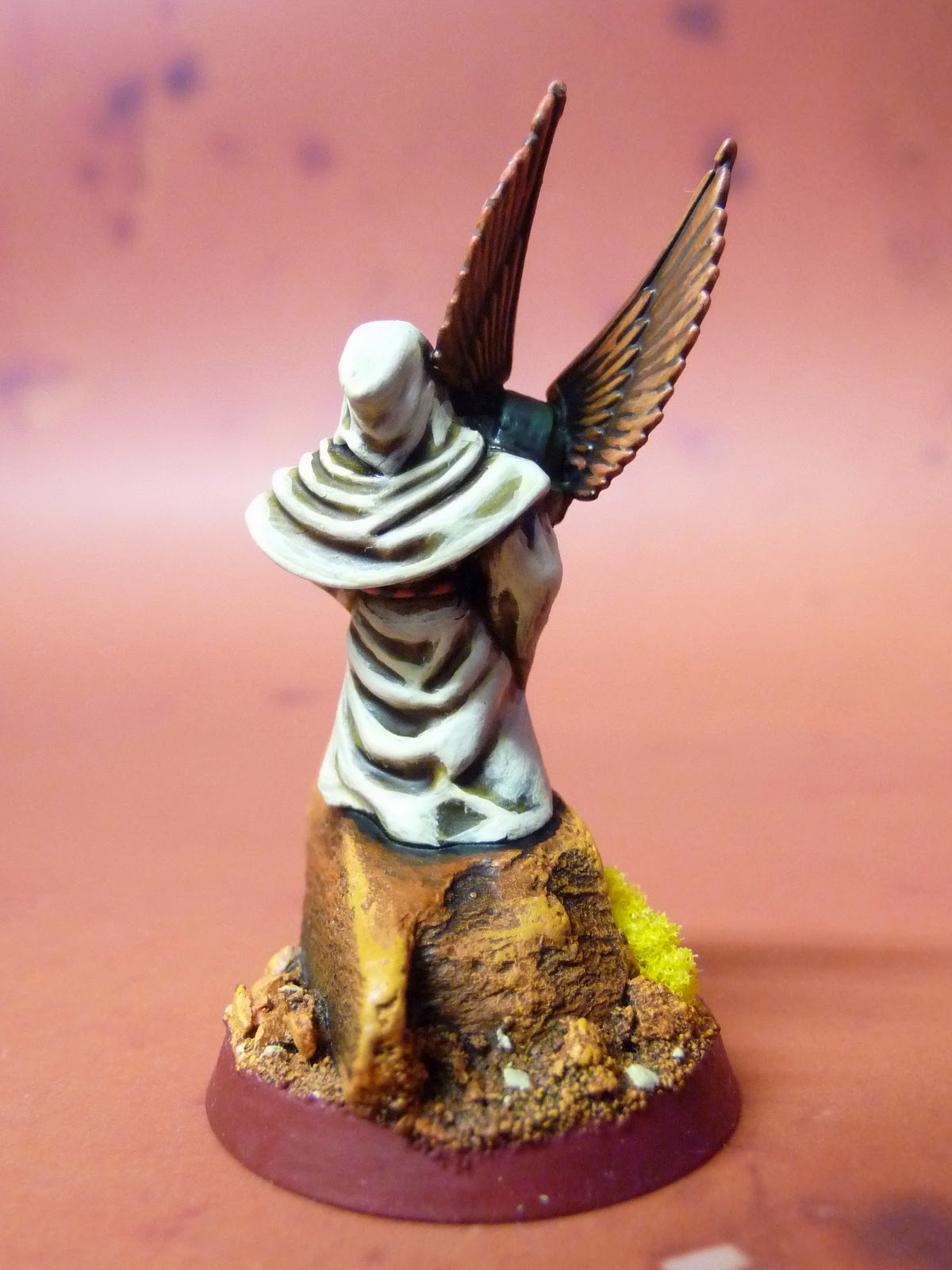 The Dark Angel green turned out OK too, now I just have to replicate it on the Tactical and Devastator squad. 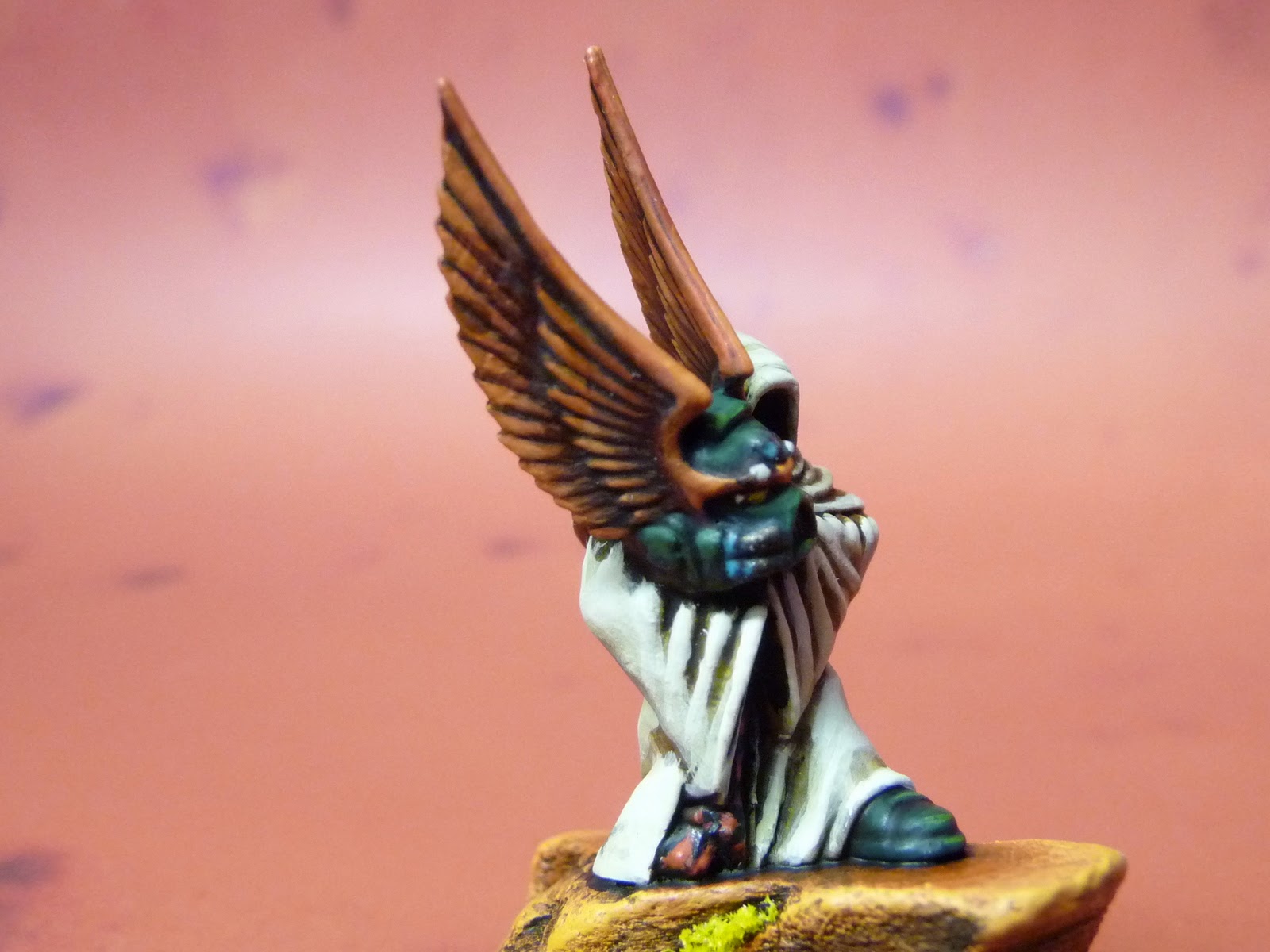 Glad to see his hood was suitably dark and mysterious inside. Some pics before I got the white balance half decent, but this is probably what the little fella would look like on Ferron Proxima, where the sulphur yellow skies would have this tint. 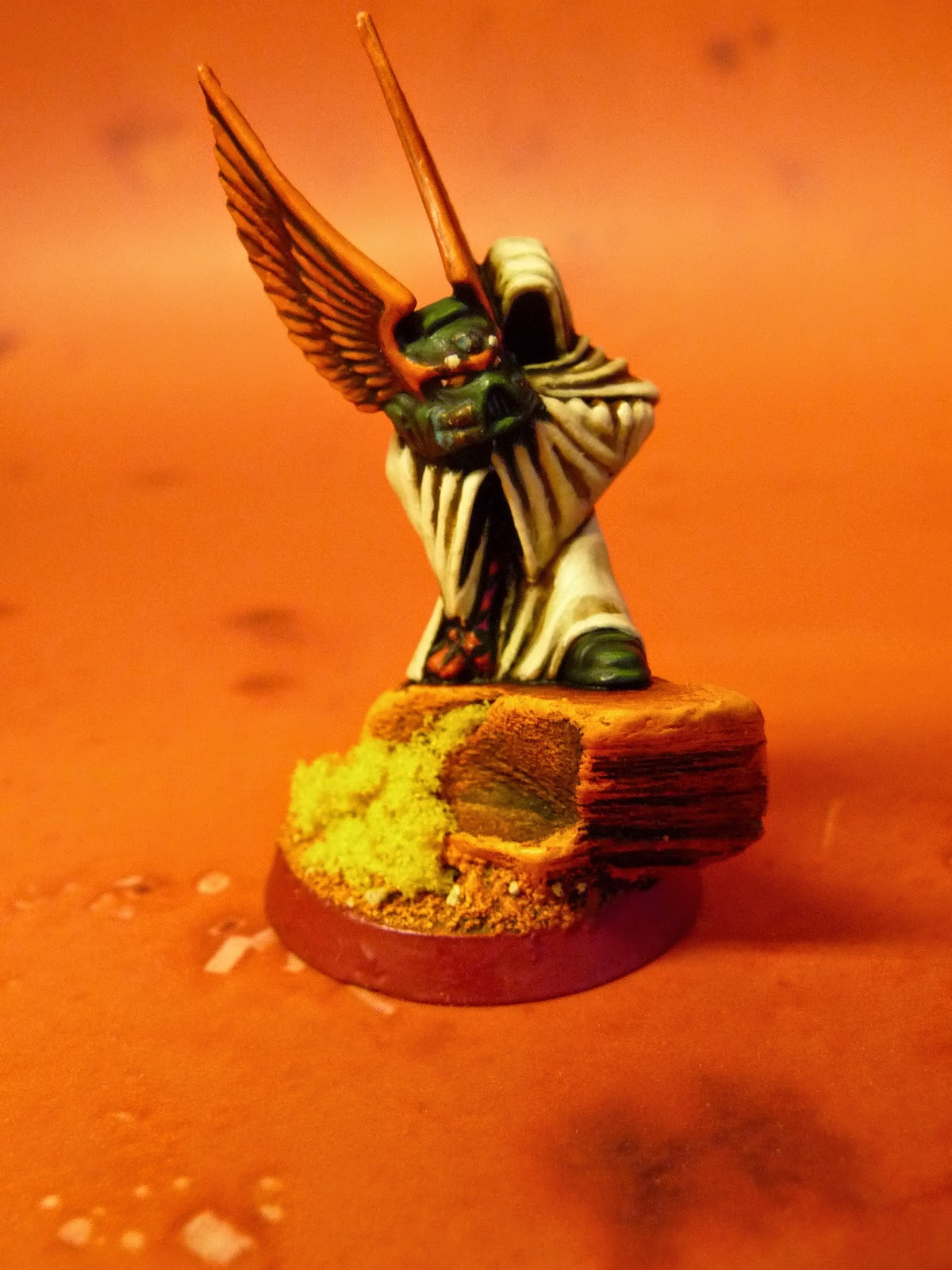 I find it so amusing to mount such a tiny little model on such an imposing piece of slate. It's like he's the one in charge, 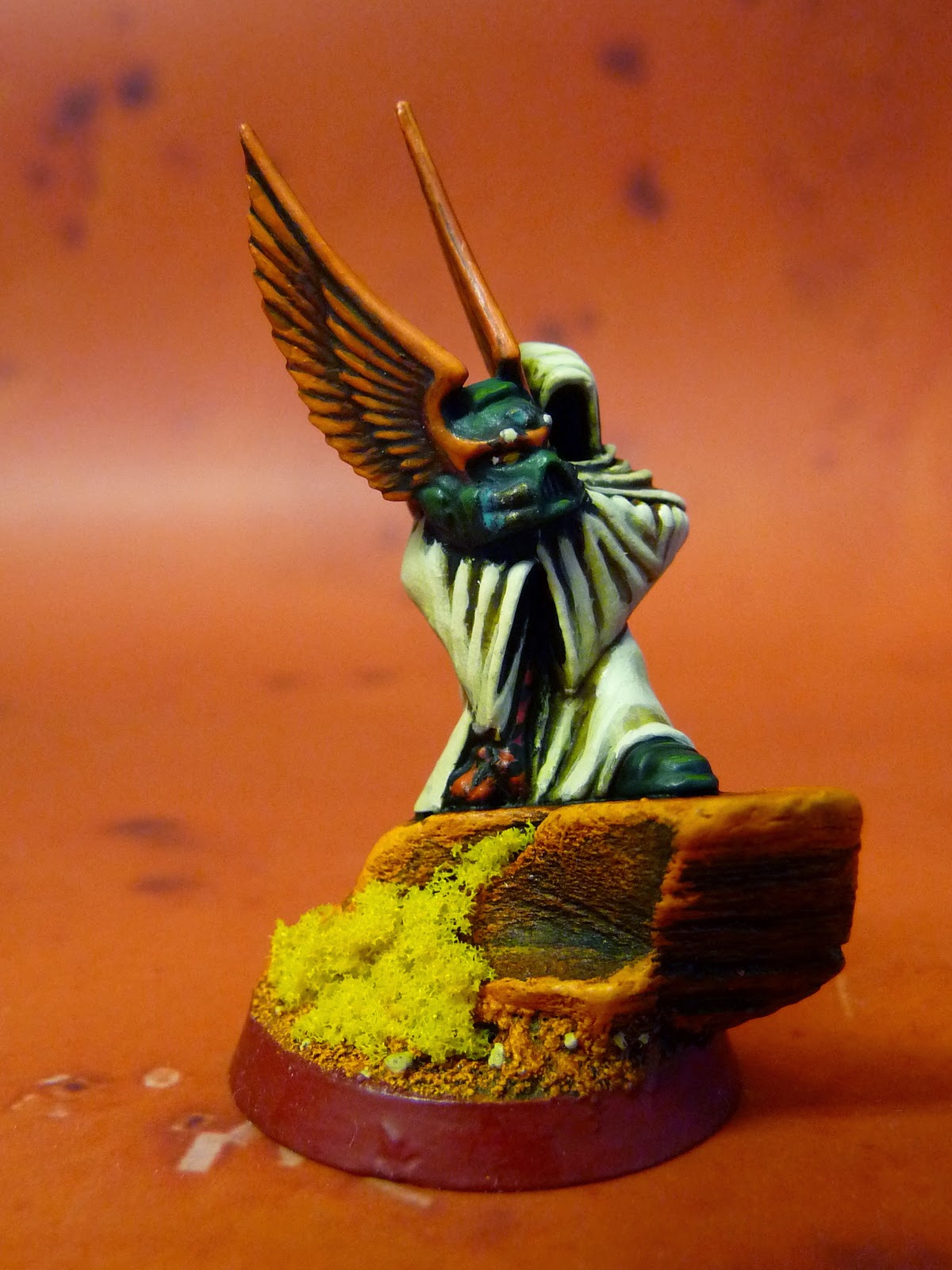 Anyway, I've run out of content for the next few days, the scaffolding has gone up for the loft conversion and I've done nothing significant hobby-wise since the weekend. I've a few new terrain templates I hope to reveal that should tide you over but a slight lull in momentum is definitely in effect as the house prepares to get ripped apart. 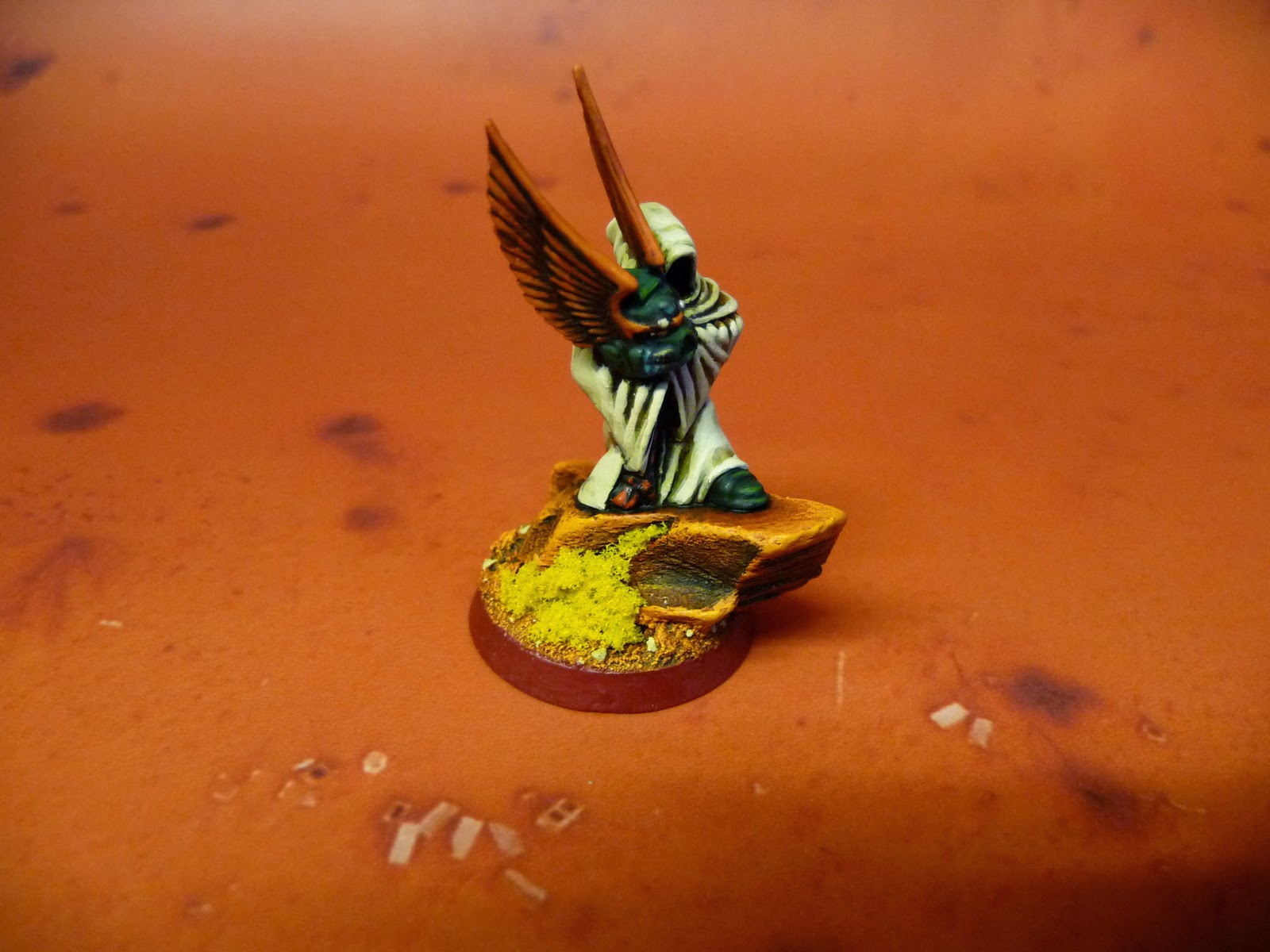 However I do still get a big blue tick [probably my last] for being a good boy and painting some Dark Angels, even if it's only 15pts for a Perfidious Relic or 0pts to add to my Azrael.