I'm actually really enjoying getting on with some Dark Angel action. What's amazing is that I may well have 1,500pts done soon, after all my current units and the Aegis are complete. It won't be a competitive list by any stretch of the imagination [they're DA, do they do competitive lists?] but it will be a list nontheless.

My Devastator Missile launchers. These are the Forgeworld Legion ones, well actually two are the original ones from the Legion Special Weapons Pack, these are really poor casts, particularly around the targetting lens, the bottom right one is one of these. Alternatively is the Legion Missile Launchers these are a better cast with slightly different tagetting lens. I'd recommend these if you have a choice and need five [I mentioned to get the two I needed from a bits site] 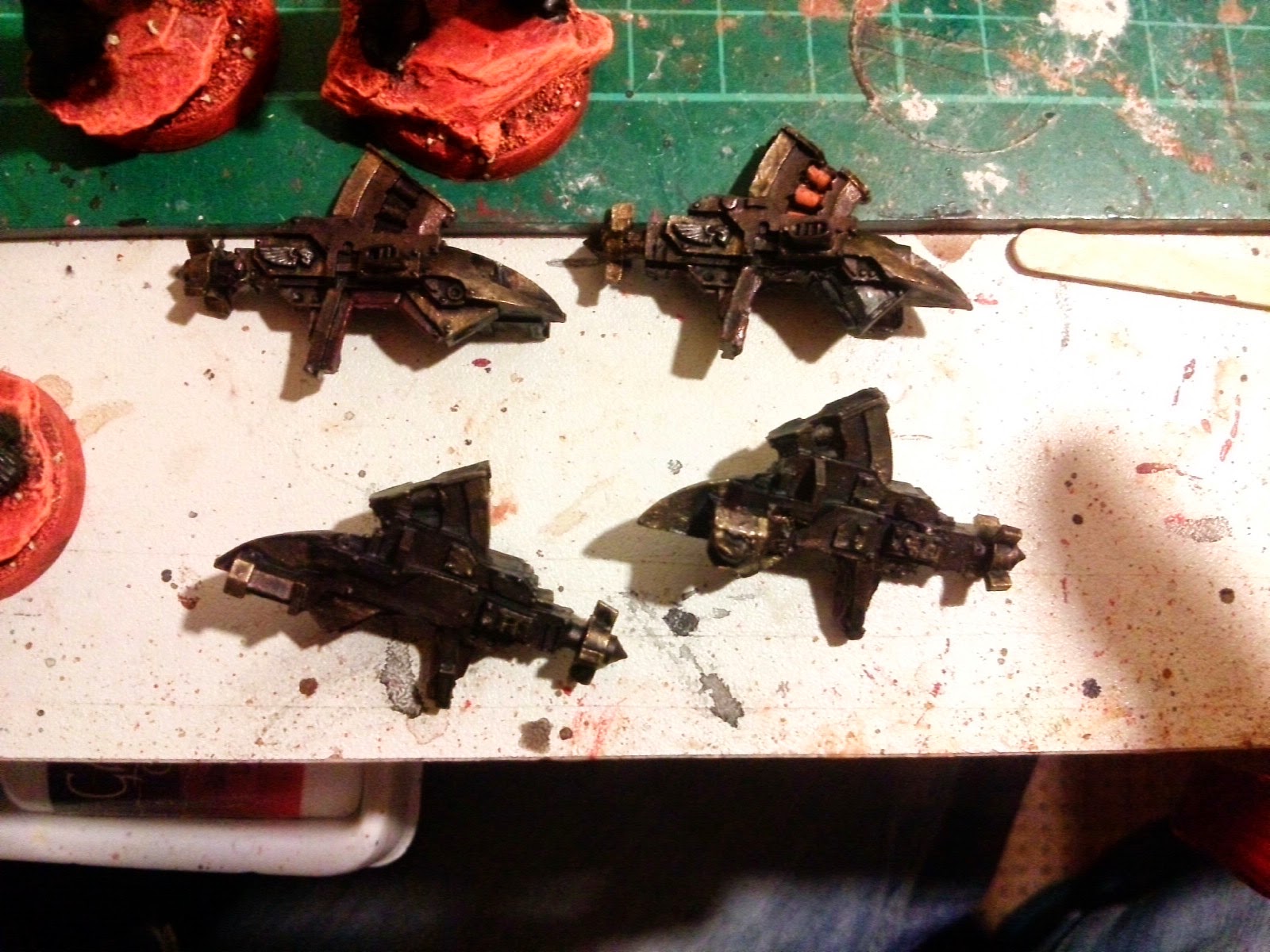 I've Tin Bitz'ed all of these and then mixed some gold to make a brass colour. A couple of elements are silver but I've kept that to a minimum. Everything has been washed with Devlan Mud equivalent. Missiles will be orange, if I'm honest they look a bit rubbish but the very poor cast doesn't help so I'll just live with it. 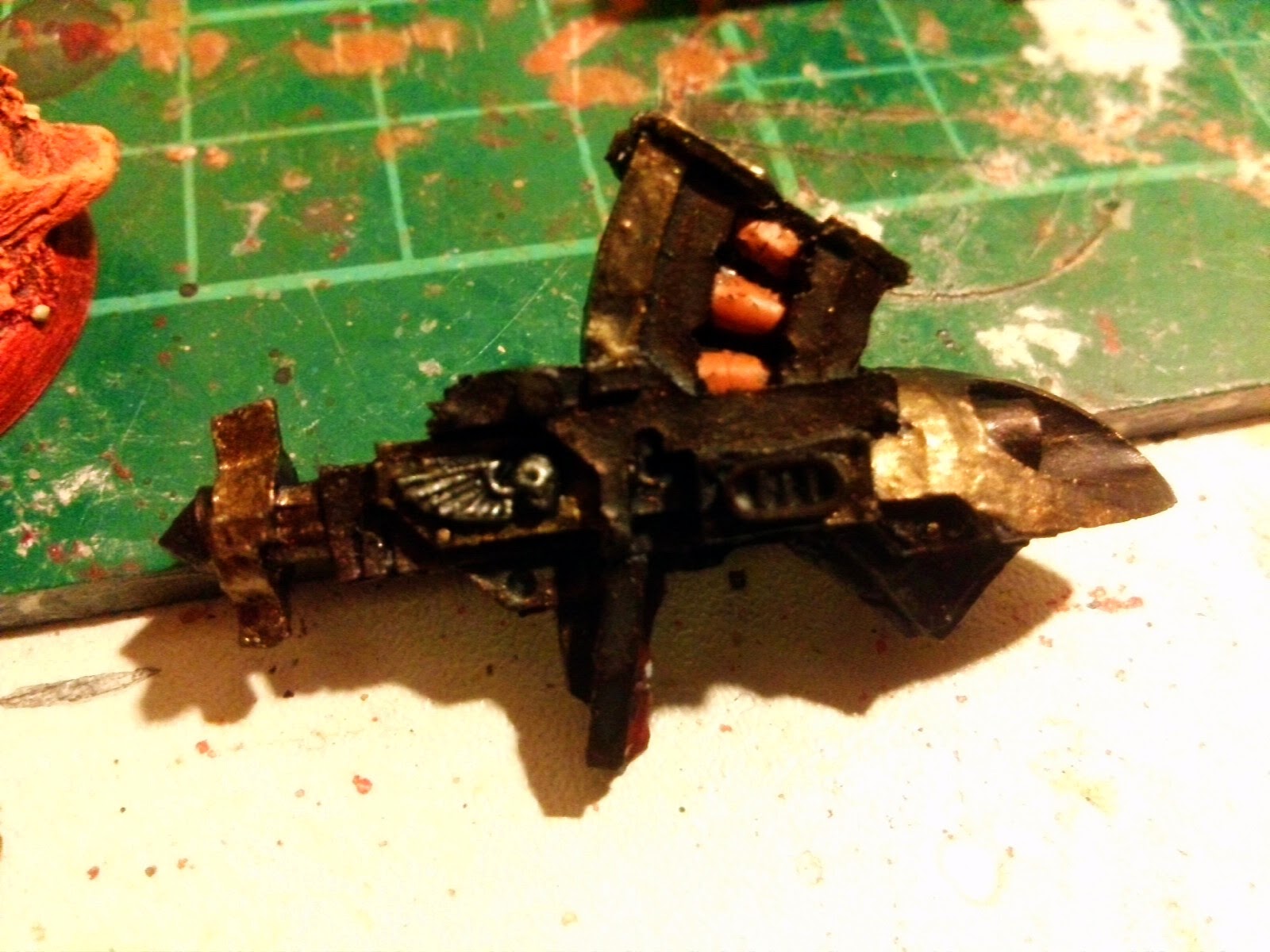 Here's the Verdigris wash. Once again I have some legitimate fluff why such weapons have been left to tarnish, then again Dark Angels are fond of Plasma weaponry which routinely blows up so letting your guns get a little weather worn is no different. When I get chance I'll reveal they are patinated so, I need to create a photo-composite to set the scene first though. 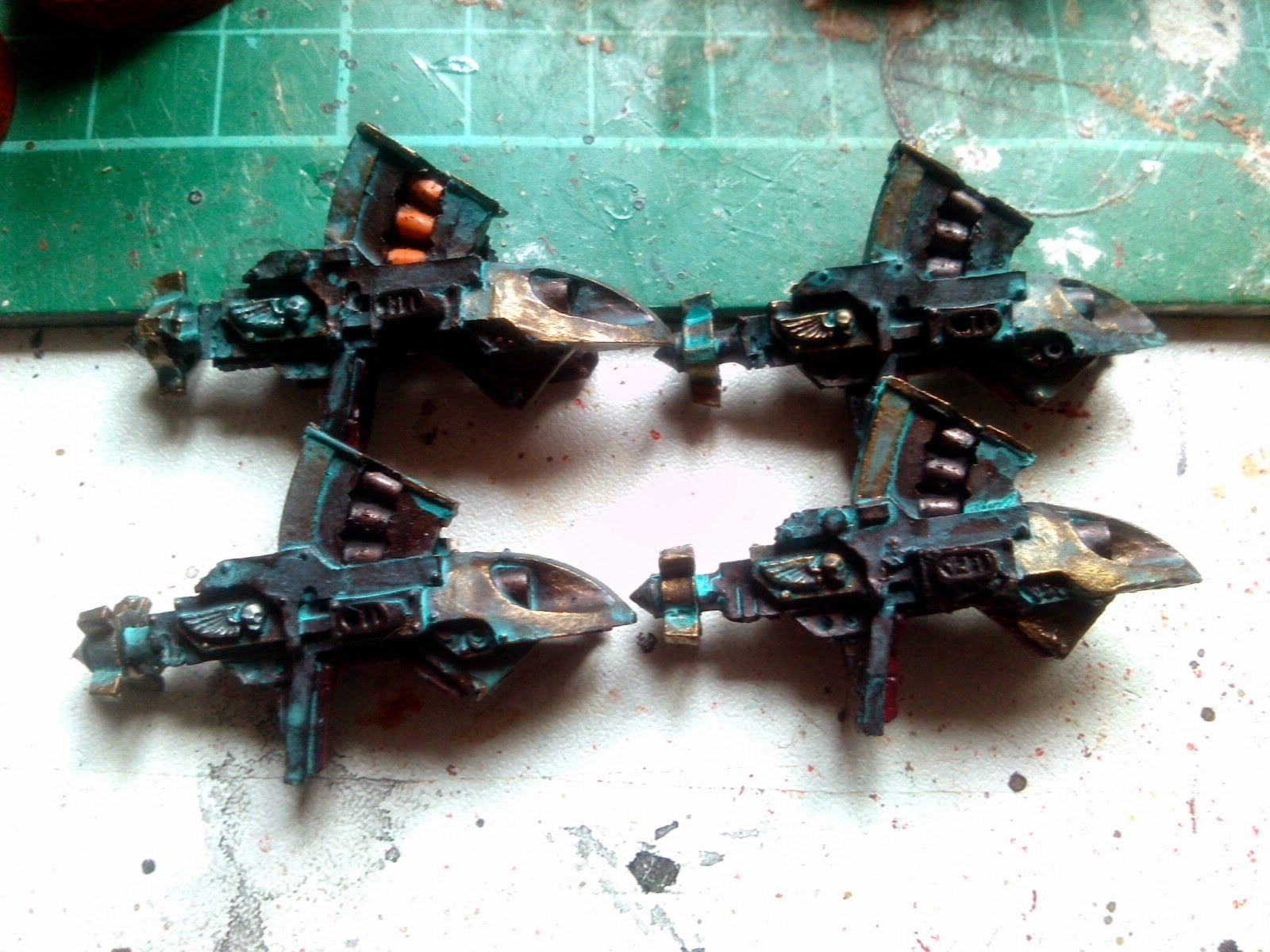 Unlike the Librarian's armour this has worked really well though, it's no perfect by any stretch but it's effective and having stuck them onto the Devastators they look really good [if a little oversized on the Rogue Trader models]. 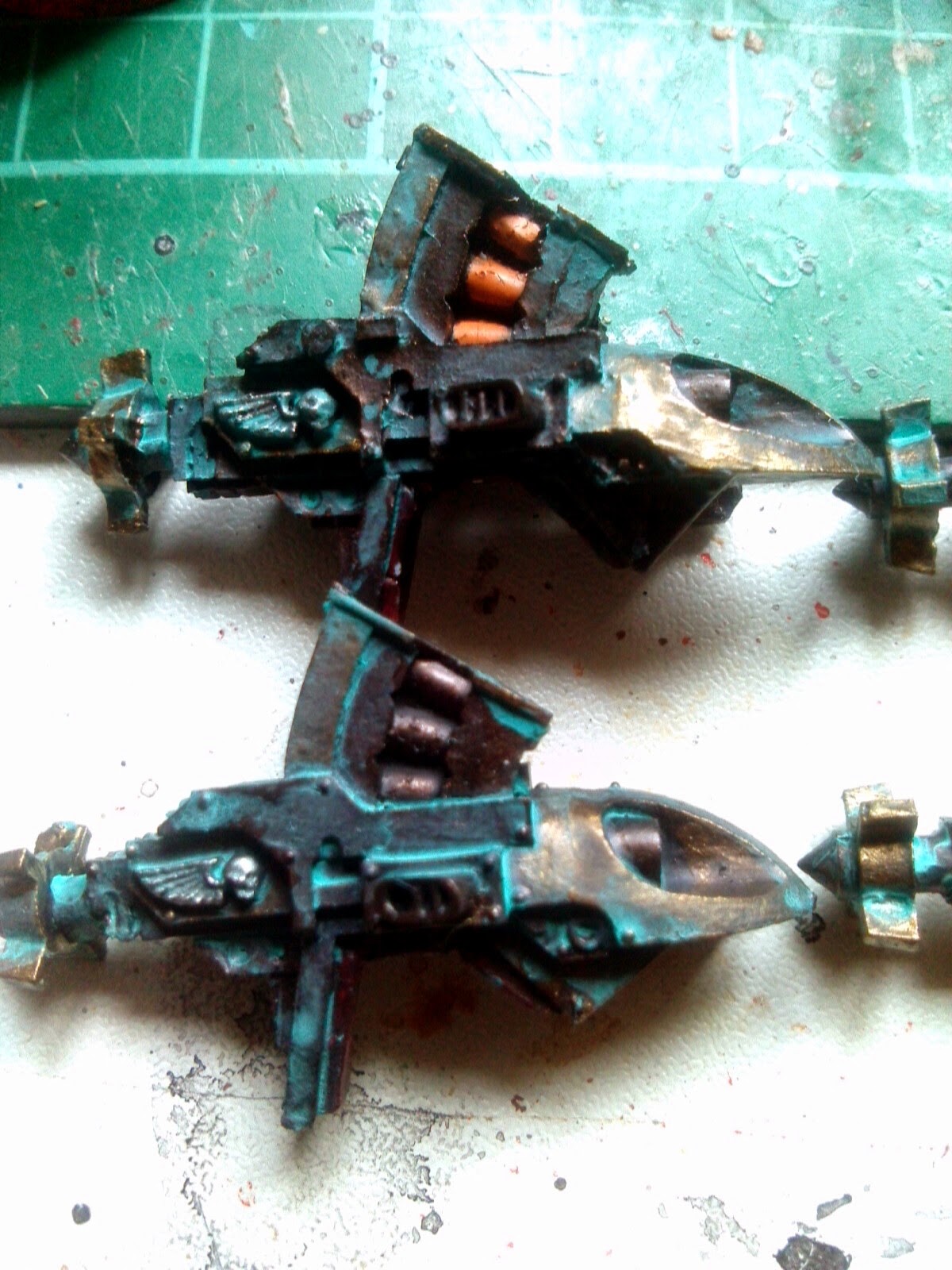 Next up I'll be painting the DA green on the Devs. I'll either run through the Tactical squad, possibly painting 2 or 3 a night any more and I'lll go mad they're even more monotonous than a Termagant. Or, I may start the second set of highlights on the Devs so they can be ready for next level detail - company insignia, litany scripts and any other interesting item - studs on the shoulder guards etc.

Meanwhile Armies on Parade is in stasis at the moment. I need a large wire brush attachment for my Dremel-alike and some more coving adhesive and then I can go the next step...
Posted by 40kaddict at 12:20