Day 1 of the loft conversion [last Thursday] brings with it all the scaffolding and having taken the day off to be 'on site' I do get to spend the rest of the day painting. I don't think I'll be able to justify that every day I'm home but it's nice to get something done considering it's preventing Armies on Parade. This is only a micro blog but it'll do considering the upheaval. The Devastators have get the most of my attention and having created a wonderfully dark blend on this marine I'm now going to cover it up with the Devastator blast symbol. First things first was to pencil in the shape. Later on I didn't bother as it's relatively simple [although I didn't take anymore pictures :( ] 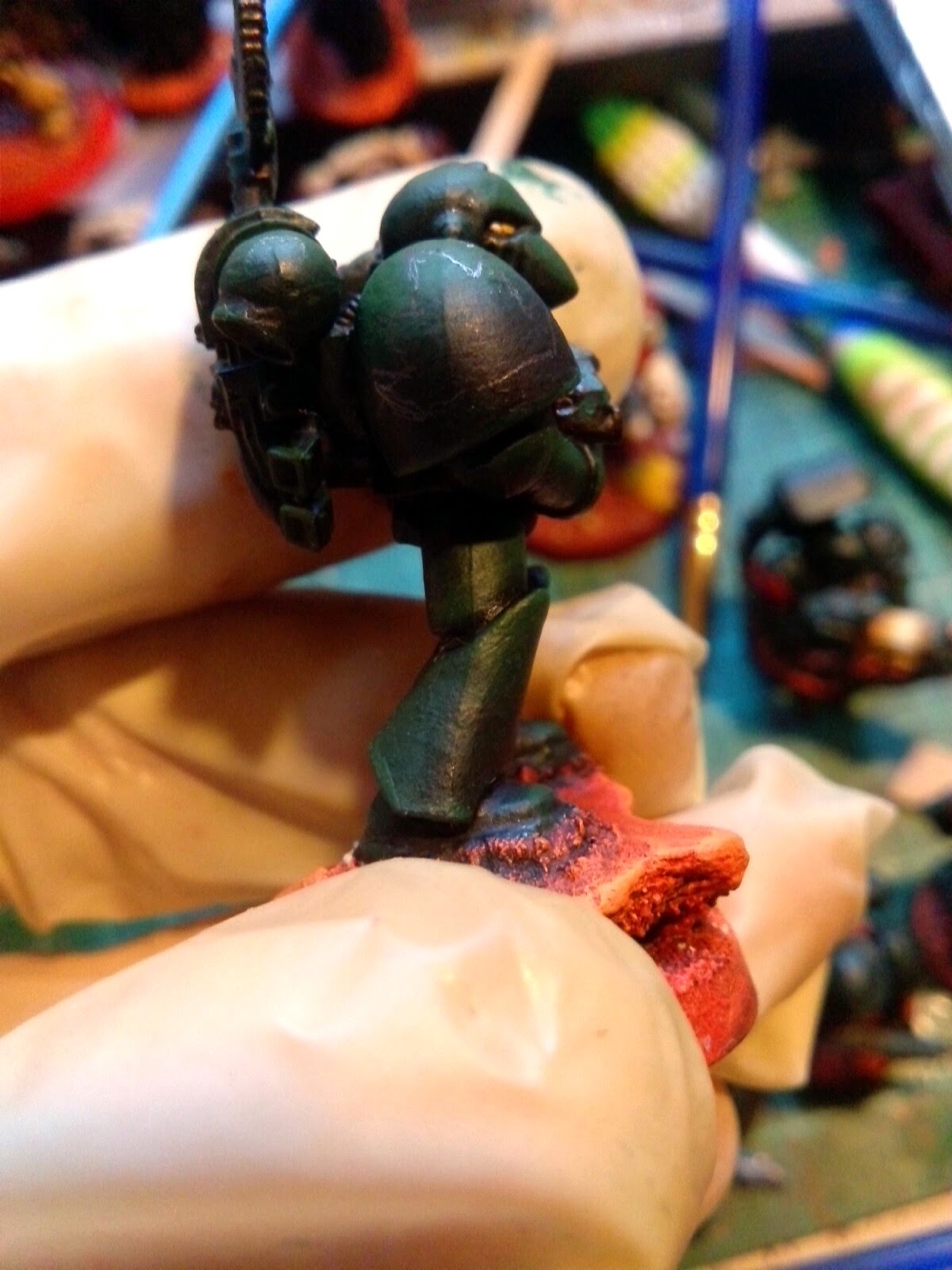 With outline in place I painted an inverted T shape using Mechrite Red [still have my supply] and then ran diagonal lines off the bottom of the T, then filled in the spikes. Black washes at the base gave it a bit of depth and then Vallejo Bloody red edges. Subsequently I decided there was too much black in the 'blast' so toned the spikes down with Mechrite red, making more of a linear gradient than an offset inner one. Interestingly I kept on finding all sorts of brown marks on the leg greaves after painting these. I couldn't figure it out as they weren't like that when I started. Then I realised I'd been using latex gloves I'd used when sculpting Milliput months ago and somehow it was still transferring to the model! Lesson learned - wear different/clean gloves. 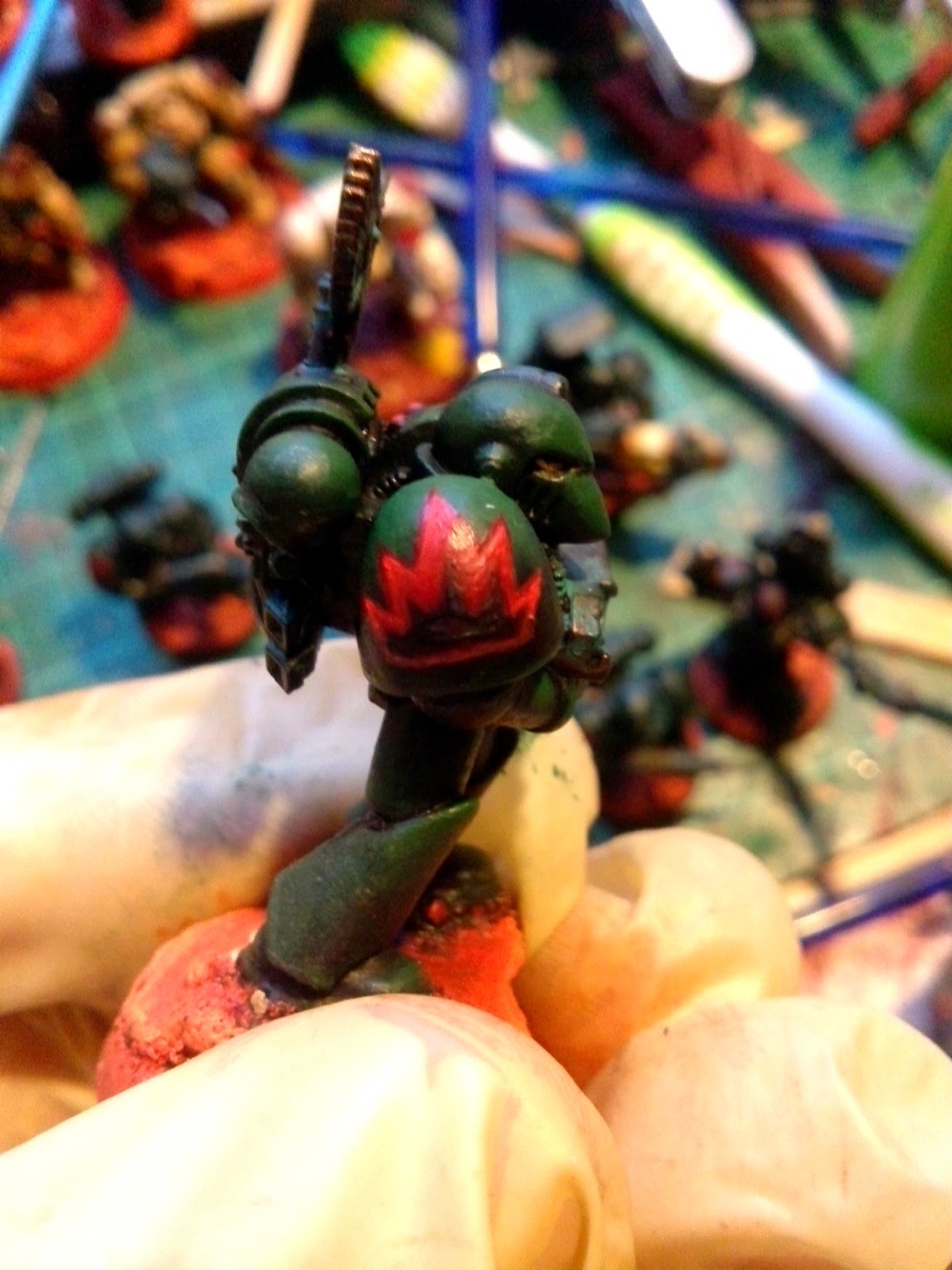 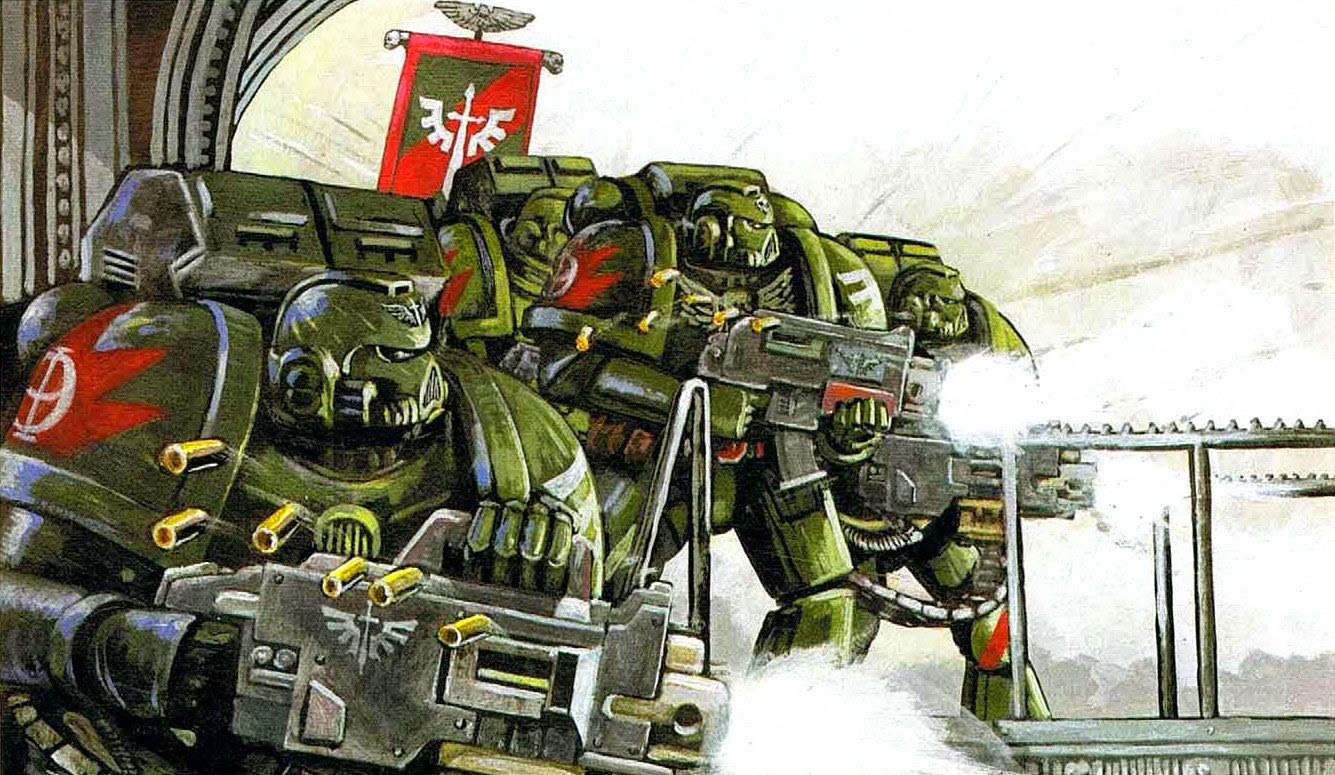 And to prove I'm not just scamming you all on the abandonment of Armies on Parade, this is the morning of day 4 of the loft conversion. The dormer is up and by the end of the day was roofed and boxed in. The builder is hoping to finish in 3 weeks, instead of the 4-6 originally quoted so who knows where we'll be at the end of it, there may yet be time for AoP. 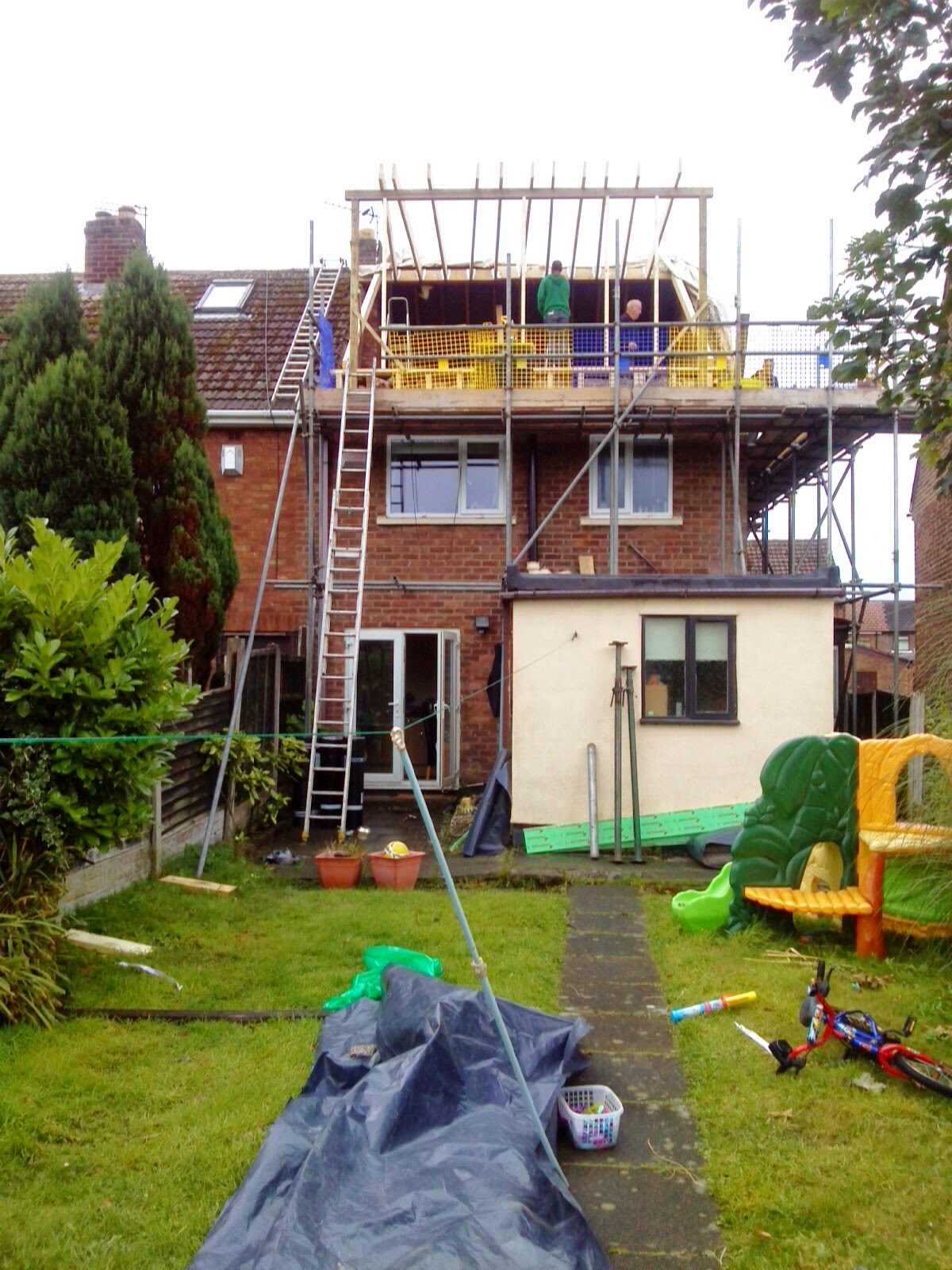 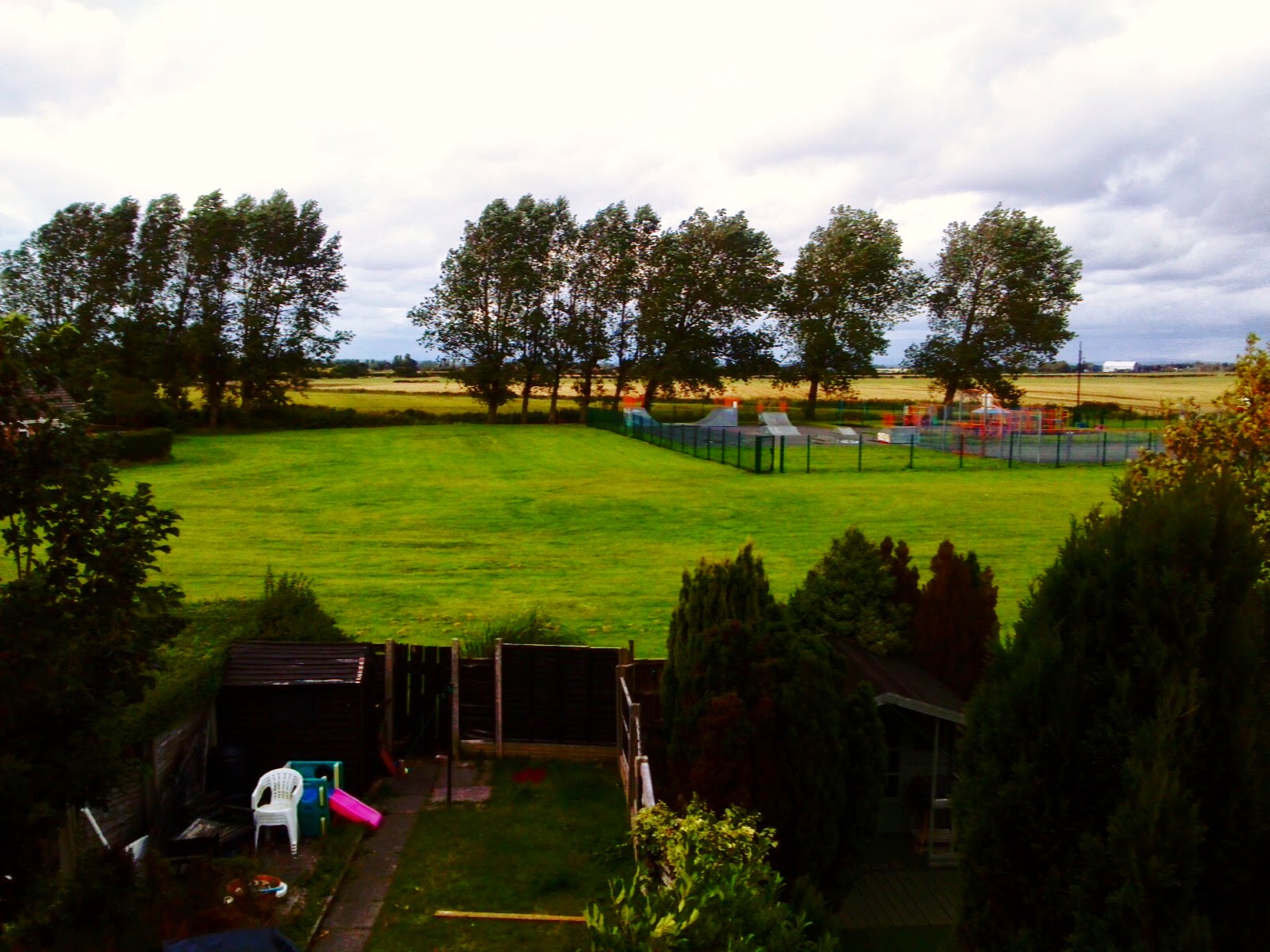