Bother! You sit down to write a blog post and don't have the paper with the time breakdown. Nevermind I'll push on and update the stats later tonight. Anyway, this was a nights work, mainly fleshy bits. Now all the 3 tier towers are done, only the 4 and 5 tier to go. 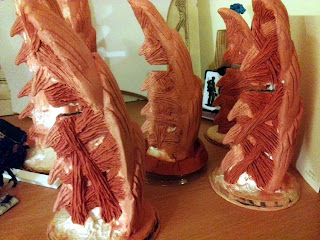 And the first base is done. Once again I went for DAS. Milliput may well have been more durable on the base. I edged my Bastion crater with Milliput for protection but the plastic crater was mounted on a card base. These bases are plywood so underneath the clay they'll be plenty durable. Once again the adhesive issue will have to be tackle but so far a bit of water on the clay makes the stick enough. Whether they'll remain fused to the wood base forever is experiment I'm running. Once I cut cracks in them I textured the surface a bit with an old toothbrush. 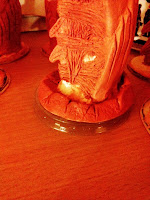 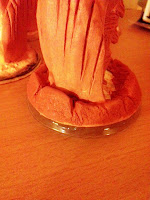 15 hours 21 minutes is the current project time to date. This took another hour and 30 mins so we're 16 hours 51 minutes into the project.

And the return of the two-fers, another nights work. First up I based the remaining 3 tier craters. I used a bit more clay this time and was happier with the results. 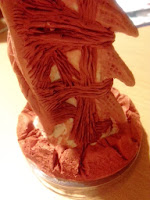 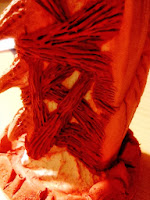 Being a bit more exuberant with the cracks gave it a more 'ruptures' feel. I'm not 100% convinced they're spot on but I can live with it. 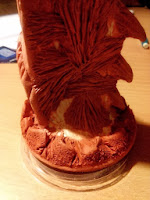 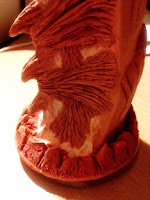 4 and 5 tier towers have their fleshy bits done too. 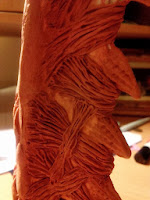 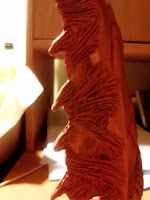 I think they may have been done over a couple of nights but I did do the bases at the same time which did lead to me smooshing the fleshy bits and having to re-sculpt some of the texture. 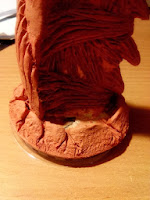 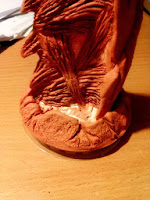 Craters will have some lava balls for flesh sacs. Only three will be like this, for a bit of variety, these will be 'female' towers and the others will be male, with the towers 'polinating' each other 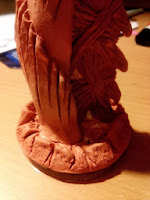 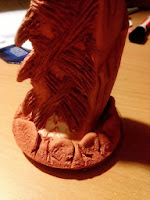 So, nearly done now. I have to sand the bases too, it adds durability and will tie the texture into my existing basing style 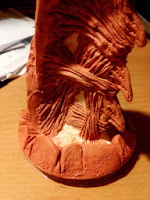 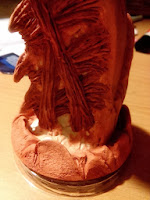 16 hours 51 minutes into the project. All the work on these remaining towers was spread over three nights: