My friendly neighbourhood gaming club has a 40k tournament coming up against three other North West gaming clubs and the great thing is it's free! I've already got permission to go and the Mother-in-law will be looking after the kids so I can go, she's great. My only real concern is it's 1600pts and three games, but each game is only 2 hours long! That's going to be tough and I have to say that kind of speed and pressure on decision making makes me wonder just how other 40k players can play so 'tactically', still here's the game against Tom's Orks.


The low down:
I don't know much about Orks but Tom had a lot of bikers, with the special warlord on a bike. Some Big Shoota Boyz [?] behind the Aegis Defence Line and two Trukks full of Boyz just on the top left there. 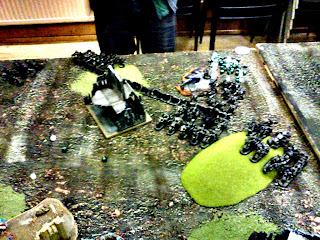 This is after my first turn and moved everyone up. Pretty much my standard list but with four Hive Guard in two broods of two a Biovore [yes really, I don't know why either?] and twin-linked Deathspitters on the Mycetic Spore and the Tyranid Prime has Regeneration [must remember that!] 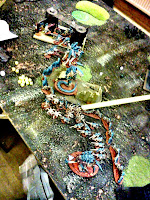 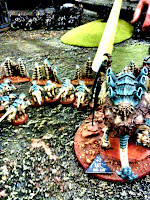 Having moved everything up the Hive Guard targeted the Trukks with both of them being blown up and each squad of Boyz suffering casualties. A good opening salvo gaining me first blood and blunting that flank attack. 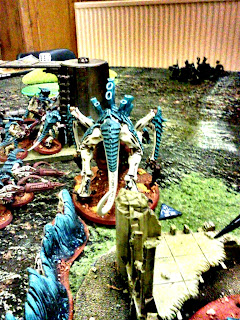 Having +1 Iron Armed the HQ Tervigon Warlord [who'd rolled Immovable Object, which was pointless in this game]. He took 2 wounds from Big Shootaz and bikes considerably less than Tom hoped for I guess. 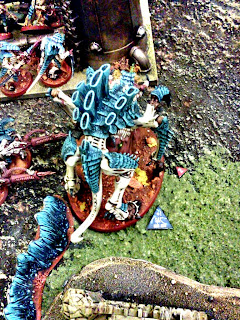 However, he had much more success whittling down the Devgaunts and all the Toxin Stealers and a wound on the Broodlord. 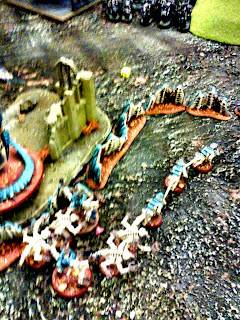 Turn 2 and the Doom arrives and his spore pod hits on target [again :)]. The Biker squad on the left was Enfeebled and suffered 3 losses by the Doom, taking him to 7 wounds. He fires Cataclysm but somehow only takes down 1 more biker and the Doom recovers the single wound lost in using the power. The Spore Pod is super effective on the enfeebled bikers, the twin linked Deathspitters proving extra handy. 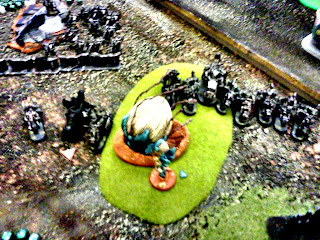 Tom's turn and the Ork Bommer comes on. 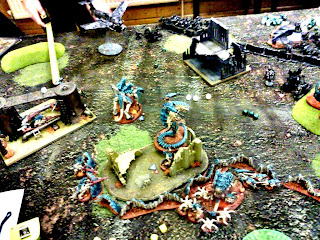 By now I'm on 4 victory points to 0 and for some reason my Biovore seems to have upset the Orks so much a Bomb is dropped on it's head. So far it's hardly done anything, hitting but not wounding any Orks. Still the bomb is dropped and it scatters 9" to the right! Orks, gotta love 'em... 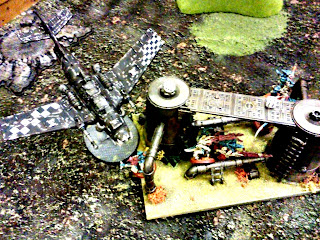 The bikers and the Warboss reposition so they don't confer anymore wounds on the Doom. 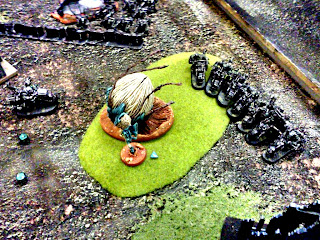 While the two  remaining bikes head for the HQ Tervigon. 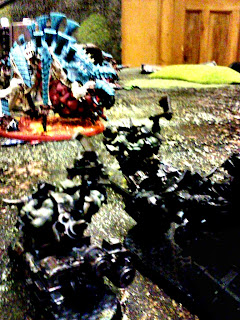 Meanwhile the Trygon suffers either 3 or 4 wounds. 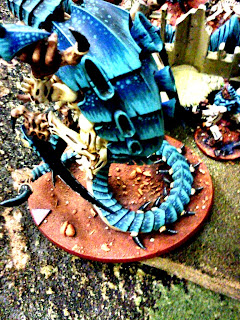 The warboss assaults the Mycetic Spore but passes his fear test. The Spore Pod finally gets to assault  but even if he hit he didn't wound, one day! 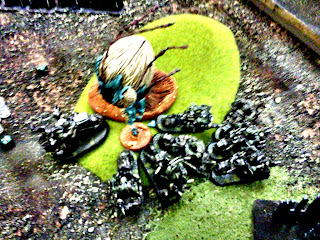 The Warboss smooshes the pod with his Power Klaw and the bikers do the same to the Doom, just one of the wounds proving too much and insta-killing it. 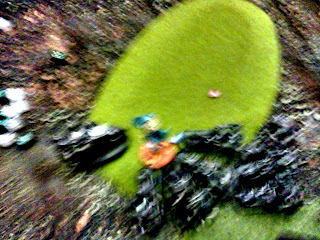 The bike's consolidate their move to the right. 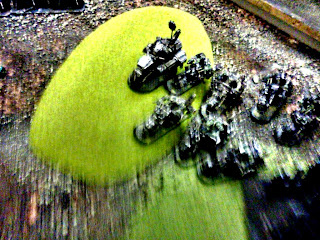 The HQ Tervigon beats down on the two bikers, giving me another kill point and the +1 Iron Armed Troop Tervigon assaults the remaining bikers. 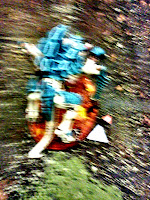 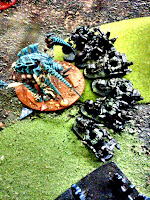 The Bommer does a bit of damage but I'm not sure what at this stage. 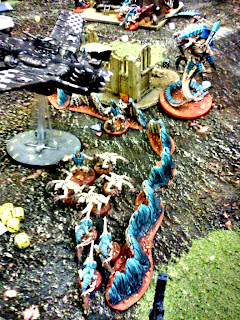 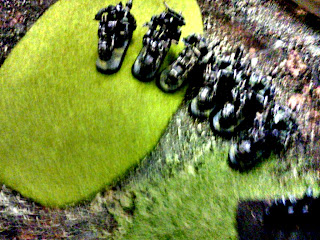 With revenge in mind the Trygon slams into the bikers and kills 5, leaving 1 biker left who bottles it and is crushed as he tries to flee. 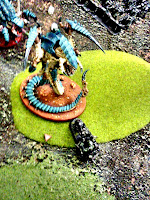 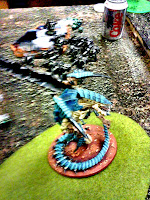 At this stage I probably had the game in the bag. I could have sat back behind my Aegis and let Tom come to me safe in the knowledge I'd already taken about 6VPs to his 1 or 2. If this was the proper tournament I'd probably have done that but given we were having fun I moved stuff forwards... 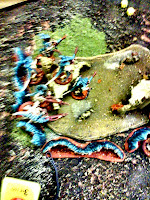 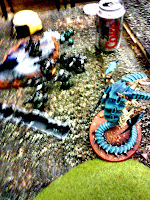 nd also sent the Trygon deep behind enemy lines who ate the Heavy Shootas and consolidated into the crashed lander wreckage. He'd been on four wounds before the assault and I'm thinking he took a further wound during it because... 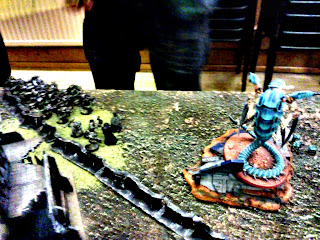 I took a picture of this dice roll, which is clearly a Monstrous Creature failed saving throw! 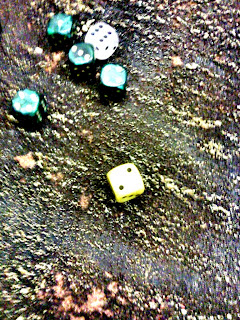 Saying that there's no HQ Tervigon left so it could have been killed. Also there's only one Broodlord left and the Devgaunts look like they're legging it so I think these turns proved costly and the final scoreline, which I forget as I complete this report a couple of weeks since the game was much closer than it had been earlier on. 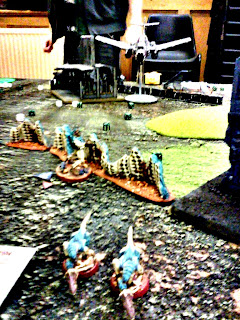 Ultimately this was won thanks to stealing the Initiative. Killing those two Trukks first turn did a lot of damage to the Orks forward momentum and only the bikers had the pace to recover but were stuck dealing with the Doom and then slammed by the Monstrous Creature support that followed in his wake, he essentially stalled them long enough for the big guys to get stuck in.

I was super confident following this game and actually got a follow up game with my mate Liam and his Chaos the next night, so look forward to that!