DimmyK asked back in August if there were some whole army pics. Although this isn't the entire force I had planned to take pictures of each unit type as a whole. Given I went back to my Warriors before Throne of Skulls in October to revamp their guns I thought it was appropriate to start with them. 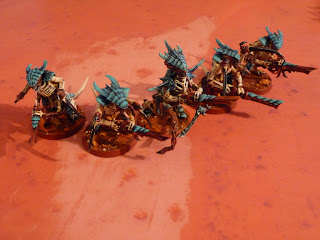 All I've really done is add a bit of Mechrite Red to the Deathspitters. The original Liver mix and washes had begun to look a bit shabby and since I've introduced more of this red I thought I could tidy them up and enhance their appearance in one go. 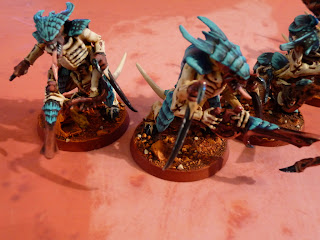 The faces also got a lick of red. 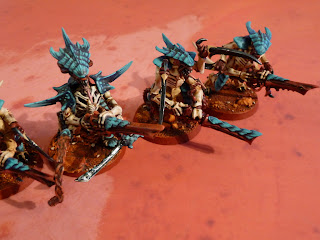 And when they're coming at you over the shattered Aquila from the Honoured Imperium set they look mighty impressive. 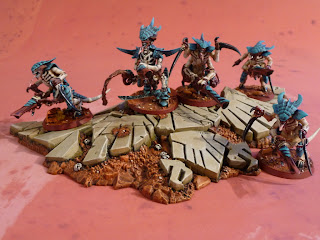 Really glad I put guns on them now, can't imagine assault warriors being as effective in 6th Edition. It's bad enough having Hormagaunts and Stealers who can't get into assault and are overwatched but slogging Warriors across the board too?! 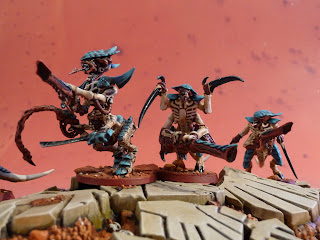 My extra Deathspitter Warrior with added arm length and my 2nd Prime from the original Space Crusade Warriors. 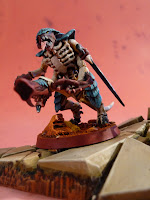 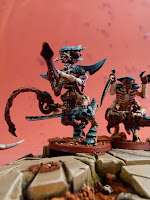 "What's that coming over the hill? Is it a Xenos?" 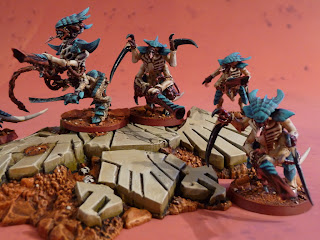 Not sure if you can make it out in the horde and lighting but here are the Warriors as they were, pasty guns and everything. 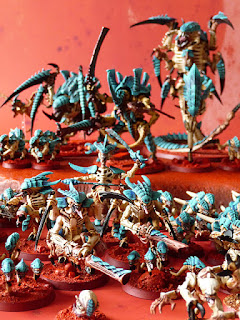