As mentioned in my post about my Empire Halflings I had a Halfling Champion mounted on a Giant Scorpion and here it is, minus the Champions tooth pick lance and the a couple of the Scorpion's legs, eek! His seat is made out of a shield with Milliput padding and conversely his shield is also made of Milliput. 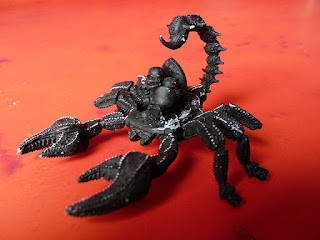 His legs were bent/snapped at the waist so he could sit properly. I'm not entirely sure where the Halfling was going to pick up such a ride but it was a cool miniature. Incidentally I did also have a Citadel Giant Trantula miniature from way back when, I think it too had a number of limbs removed, what is it with this obsession with amputation? 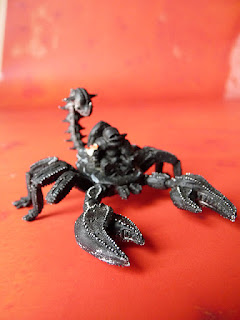