Look Around You! - Real world inspiration 2

More things that inspire me on a daily basis. On my way home in Manchest﻿er I pass this construction site on Great Ancoats Street. I think funding has stopped on it which is why most of the steel work has started to rust. Strangely though I was sure the safety netting was orange at some point last year, maybe it was replaced by this yellow stuff. Anyway there are some lovely colours and textures here to inspire your next construction. 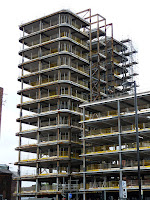 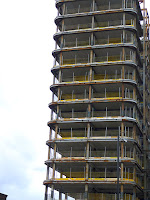 I'm very keen on the idea of all this open space. I'm looking into producing a similar floor plate that can be stacked to make a building of any height. Original sketches wanted to mirror the current Hex aesthetic of buildings on Ferron Proxima but I want to do some structures that are more 'city-like' with a regular block structure. If I plan it right I could make the lift blocks in the centre have the same footplate as my modular plug socket, in which case that will mean the top floor could have any of the pre-existing plugs slotted in if wanted. 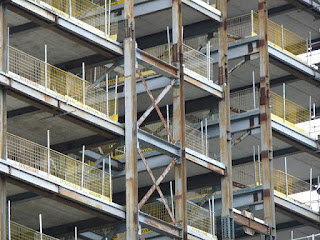 Next we have a train crane at Appley Bridge Station where I get my train to Manchester. The rust and deterioration on this thing is fascinating. I'm still trying to work out if the whiter bits below are white or in fact the same yellow faded by the sun. 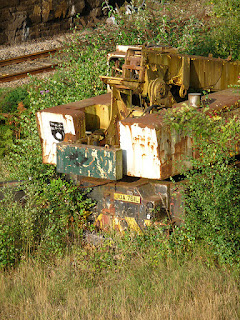 Some interesting grime streaks as well. Not sure how this would translate to Ferron Proxima green chlorophyl does not exist on the planet. Yellow and white are the colours of most of the foliage on the planet and the sky is yellow, did I never mention that? 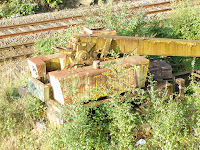 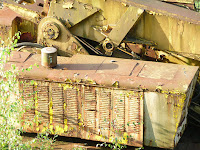 Another shot of the crane and two weigh bridges. There is a company alongside the station that constructs weigh bridges for transport and this area alongside the tracks is a storage place both for bridges that are to be refurbished and those that are under construction. 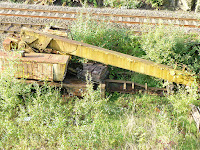 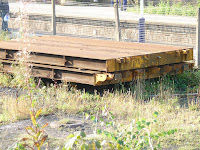 I'm particularly fond of the colouring and patination on this. It's not too apparent the side pits are a lot darker than they appear, almost black, especially when wet. 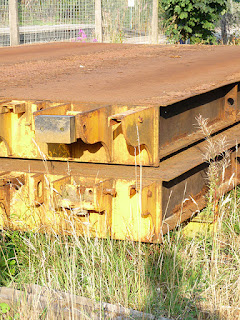 Another close up and an I-beam of steal that the local Banksy-Wannabe has left his mark on. Nice pitted rust effect. What I'm thinking though is how I would love to do some Iron Warriors that used these colours, although I'd probably rename them Ferron Barbarians, only appropriate don't you think? Only to play around with mind, although I don't really need to add any fun jobs when my to do list hasn't shrunk yet. 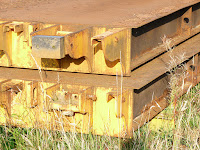 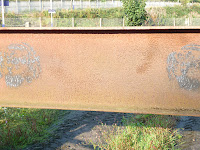 I have this as a starting point. Obviously I need a sword or banner to replace the one I've taken off and to remove the Khorne symbol but it might nice when I get chance to take this challenge. On top of that I have a few of the Space Crusade Chaos Space Marines to play with if I wanted something more than the one fella. We'll just have to see... 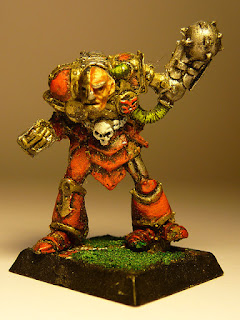 Last set of shots from a recent visit to Liverpool and some of the Verdigris on show on the many statues in the City. I really think my attempt probably needed Bonewhite to mix with the Turquoise than just white but we'll continue with our current efforts for uniformity. Interestingly, if you can just make out, is the way the Verdigris is much stronger on one side of the statue than the other. Clearly the elements are battering it from the left more than the right. Not sure if that would translate to a model as it might just seem odd without the prior knowledge that this does happen in nature. 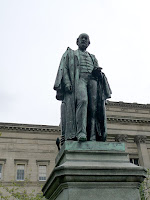 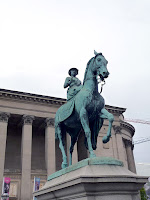 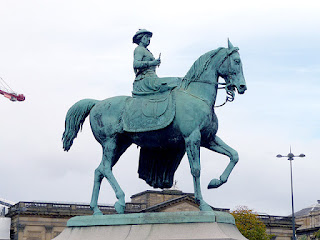