So it would seem back in the day, before Nippon was excised from the Warhammer world Citadel had a passion for representing famous Japanese swordsmen in miniature. And although this doesn't match up with any of the figures on solegends it's clearly from the same era, before the slotta base no less. 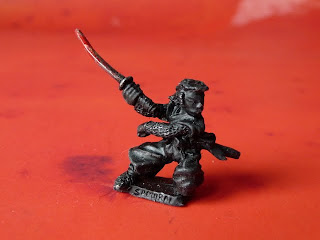 I really like this pose, and the overabundance of Humbrol and an undercoat respray hasn't done him any favours a Dettol bath should fix that, I look forward to getting a second chance at this fella. 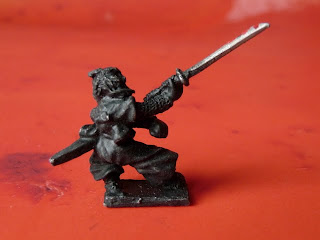 http://www.solegends.com/citboxes/dl1orientalheroes.htm
When I last mentioned ninjas in the blog I suggested that they may have been painted 'a la stars and stripes' in reference to the film American Ninja although it would seem he doesn't wear such an outfit and I'm not even sure I watched the film. That was when home videos were like gold and 'the man' used to come round with them to rent in the back of his estate and we got all sorts of rubbish ninja films and more high-brow classics like Hawk the Slayer and Sword and the Sorceror. Anyway, I digress, I'm sure you didn't actually believe I performed such a heinous crime but unfortunately I did not dispose of all the evidence and lo I put to you proof of my crimes. In actual fact though I do believe there was an altogether simpler reason for this bizarre choice. As you can see there is a ninja on the left with 'Tiger Claws' for scaling walls. Missing an arm, obviously, I was clearly big on the amputation of my figures at that stage but also you will notice the shoulder pad. So I concur that around this time I was in fact reappropriating these ninjas as an all Nippon BloodBowl team decked out in the flag of the United States... no I don't know why either. 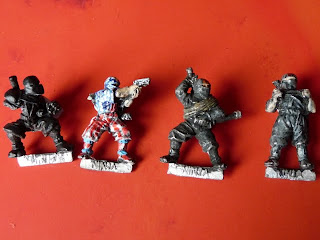 Oh, and see that hammer wielding guy second from left on the bottom row, I had that figure, the guy next to him with the sword and shield, the ninja on the end and the archer above him. You forget so much of the junk you bought!

http://www.solegends.com/citc/c05orientals.htm
And lastly some of the earliest figures in my collection as these were in fact my brothers that he bout from the independent games shop in Liverpool at the time, cleverly called Game. I took my first trip to Liverpool to just go there once. Got on the train and this wedge shaped building with the door at the thin end. You had to go into the basement down this thin stair case. All the figures were in glass fronted wall cases one figure deep and the counter had a rack of tiny draws behind were after choosing your miniature they would find them in the drawer. I bought my first mini, a bearded, norse-like barbarian  for about 60p and went home. The train fare cost more than that! 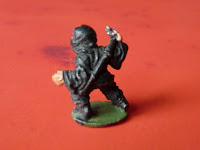 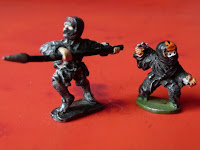 UPDATE: here's where Game was, today - 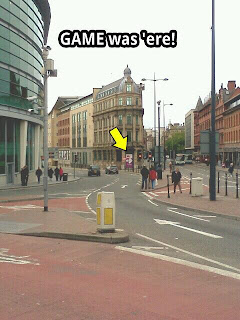