Movement phase, and the Terminators and Dreadnought moved out onto the Vulcan Plateau. Not entirely sure what the plan was here so we should move on. 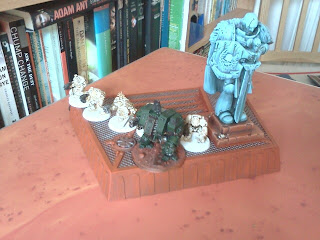 One of the combat squads, with the flamer and sergeant moved up to the fence line. Hopefully this would at least be an impediment to any 'nids charging through the fence and the squad might survive long enough to take a few of them down. 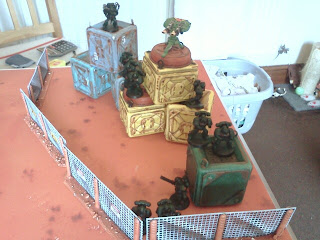 The Tarantula had a pretty good field of fire. Can't recall which target it fired at first but I don't think it was successful. I also forgot it's supposed to aim for the nearest visible target, which should have probably been the Gargoyles. If it did any damage I don't recall, although one Genestealer was removed, so it was either pulped by the Tarantula or the Terminator squad. 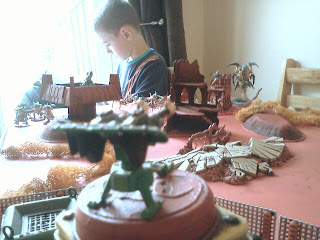 Meanwhile I think the Dreanought let rip with the Assault Cannon and storm bolters and managed to take one wound off the Trygon, only five more to go! I think the Terminators peppered the ruins with Storm Bolter fire but were unable to do too much damage after cover saves, not helped by two of the squad standing behind Brother Cask so were unable to draw line of sight to the stealers. 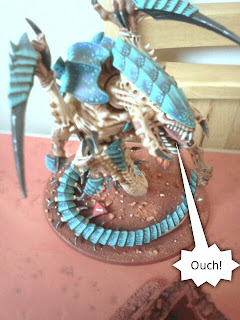