Given the choice of the Empire Knightly Orders, Knights of the White Wolf were my favorites but I didn't like how they played on the battlefield. Actualy I should say how they would play because I'm still not sure if I ever got to play a WFB game with my Empire army. So next up on my list were Knights Panther. In particular the knight with the 'portcullis' helm, with Panther pelt on top. Below is the painted unit of five, in actual fat I had eight and at some point I'll do a full shot of them. As you can see my exagerated highlights were put to good use, I think they work well from a distance. I also struggled with the idea behind the Panthers crest so simplified it with the slashing claw motif on the shield. 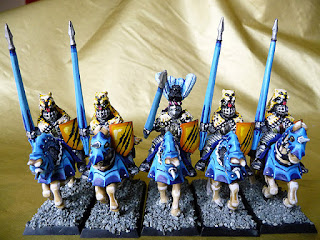 A close-up of their Panther claw slashed shields﻿. 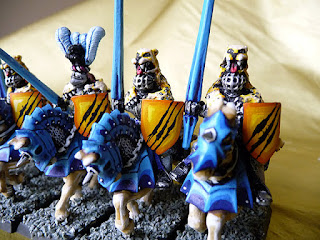 From the back you can see the Panther ﻿markings on their ceremonial pelts. 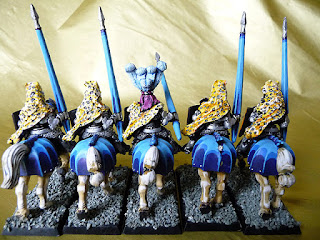 And a close-up of their ceremonial pelts. 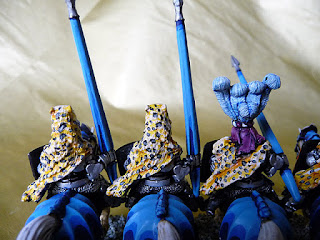