Afternoon #warmongers and #warhammercommunity I've been #paintingwarhammer Death Guard Kill Team. #NewYearNewArmy sort of, well I'd definitely say it's a departure for me. For sure, there are elements that you will recognise from my previous painting exploits but overall I think this is quite different. 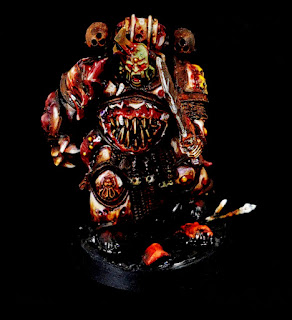 The rust effects from my Galvanic Servo-haulers, tar bases from my Nurgle Blood Bowl Team, the sickly pale armour from my Nurgle Rotpsawn and the raw fleshy bits from my Tyranids. I'm really liking the end result. 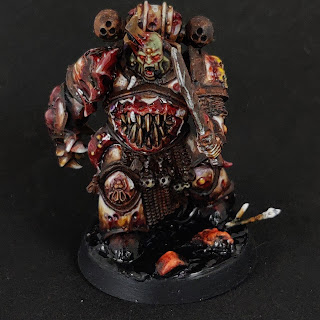 This is as close to #Blanchitsu as I've ever got, which is an odd thing as although I can appreciate the effort and even the result of John Blanche's work and style I always found it messy. And here I am trying to emulate it is and appreciating the ability to make something as grungy and dirty as possible. 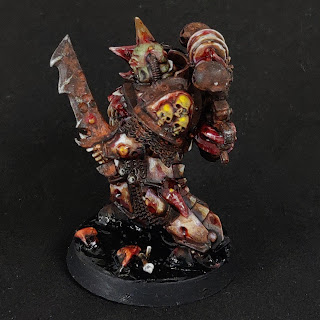 And it's not without its flaws but for that's not a problem with Nurgle - you can hide so much in filth. The key aim for these was something horrific, rusted, grimy, slimy and as quickly as possible. I may not have achieved the latter, but this was no more than a few hours, so it's not that long. 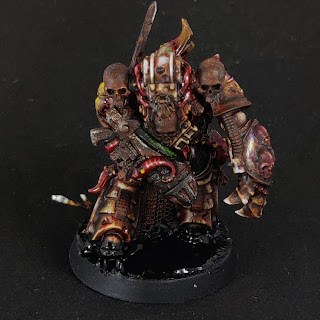 But some of that time will have been spent decision making and now some of those decisions have been made it might be more streamlined next time. Doing all the basecoats in advance to capitalise on subsequent washes and rust effects will speed things up a bit. 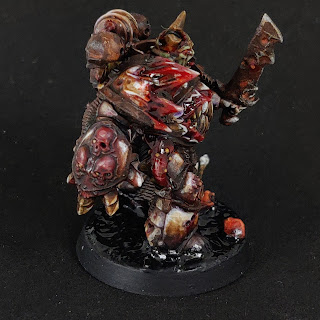 Rather than grey stones in the tar pit I wanted to do the red stone of Ferron Proxima, to at least tie them into my fluff. No Khorne Red base edges, that would be daft but I thought the vermilion would work... I'm not so sure. Its such a random tone that's too vibrant. 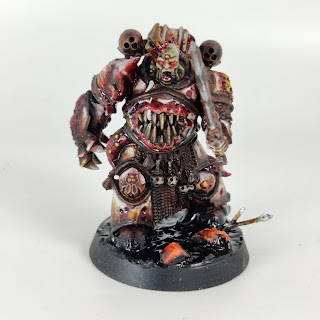 I'd originally considered just using red weathering powder, but didn't risk it. Now I'm thinking shade it more, and coat it in Tamiya Clear Red X-27 as if it was bleeding rocks poking through the black tar. 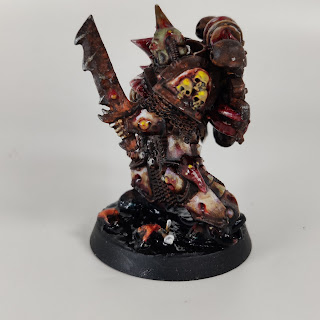 I'll leave as is for now, see how they all look when completed. I'm pleased with the result and very keen to do another one but despite buoyed with confidence I'm also [typically] wracked with doubts starting again. 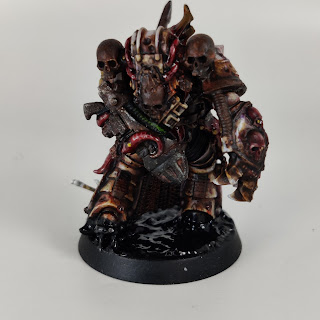 As much as I want to paint these individually I may well do some batch painting of basecoats. Afterall, I'm not doing the bases first, which avoids the daunting feeling of starting from a blank canvas. So, having all the basecoats done might make it easier to dip into the actual fun bit of the 'painting'. 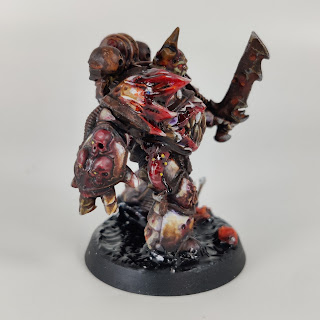 I'll see how it goes. For now, here's the Great Big Minor Project BLESSED VERDIGRIS Stamp of Approval! As you know I don't usually go in for major/minor badges but in this instance the Kill Team will be minor badges and then a major one at the end. 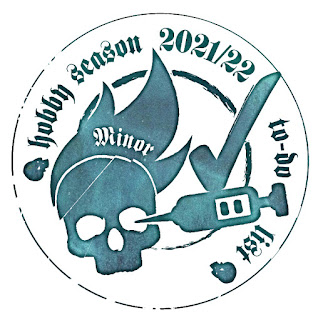