Afternoon #warmongers and #warhammercommunity I've been #paintingwarhammer on these #Oldhammer Tyranid Warriors, which I kitbashed into Tyranid Primes and painted 11 or 12 years ago. Turquoise on the chitin for the 'big' guys. It's taken me 5 sessions [nights] to get all this done and suspect that means another 5 nights to do the 2nd set of highlights. 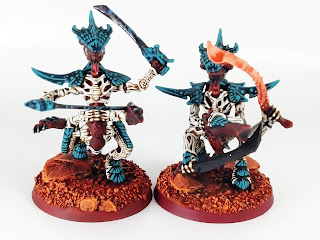 It's both a blessing and a curse to work out timescales like this. It's good to know how long things take but when you think there's probably another week of just turquoise it feels daunting. 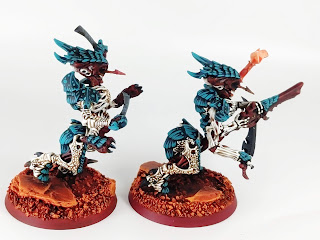 However, I think that's at least 75% done then. Reds, black, little bits, FX and tweaking the bases should be another week on top. SO about a month in total on these updates. 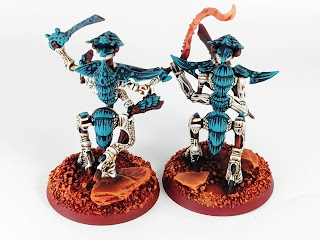 That feels like a really long time but actually 9 Warriors and 2 Primes is s significant amount of an army, all things considered. It probably took me longer to do my 11 Macragge Tactical Marines! 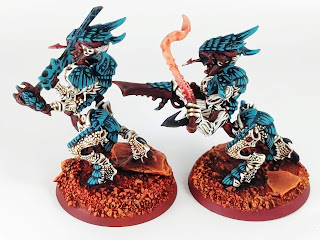 So, pushing on. I know this is a lot of posts and may seem tedious but just feel lucky you're not the one compelled to record it all, as well as paint it! 😉
Posted by 40kaddict at 12:00