I'm about to start writing my battle reports for the Birthday Bash but thought I'd just post an interim post event review to tide you over. First up I was given this pretty cool laser etched aluminium paque by one of the attendees. Unfortunately I was too surprised to think straight and ask his name but it's such a cool gift, I really appreciate it and if you follow the blog let me know in the comments so I can thank you by name. 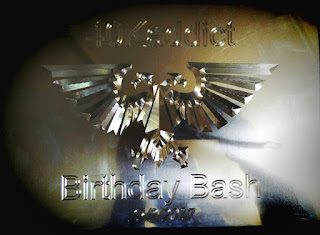 There were 26 entrants in the end coming to Southport from as far afield as Germany, Scotland and Pete and I [on the right in the picture below] all the way from Ormskirk, about 10 minutes away ;) As far as I could tell everything went smoothly, no problems. I think the only mistake was not preparing a Favourite player certificate which again if the winner can let me know I can prepare one and send it on 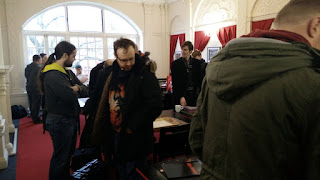 Michael Corr was overall competition winner in the end with his Deathwatch. 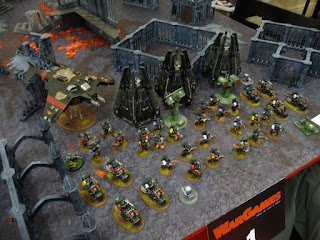 Liam, Otty and Ben also had a great time. 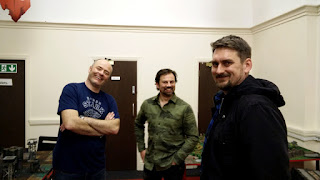 Not least because Liam walked away with Best Painted Army [again!] 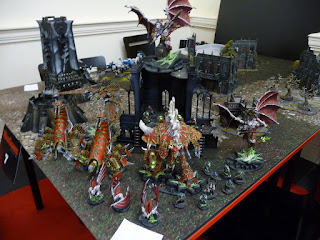 And Ben also took the best painted Troop model with his Necron Warrior, something I;ve been insisting is fantastic since the very first time I played [and lost] against them! 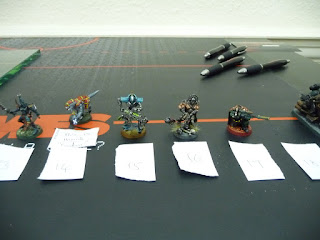 My games were also good fun and I'll be sharing reports in due course. 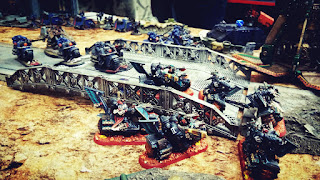 I really hope everyone had a good time, it's our first proper event and I know we need to do better in certain aspects but I think we did alright in the end. Thanks everyone for coming and we'll hopefully be doing it again next year. Anyone wants to leave any feedback feel free so we can make it better next time. Thanks again.