I don't quite know why I got a sweat on for completing these guys. They are on my list so I don't feel too bad about allocating hobby time to them even if they're currently of zero use to me. But these were actually a little bit more fun to paint than the Free Radical Collective Cultists I'd already done. 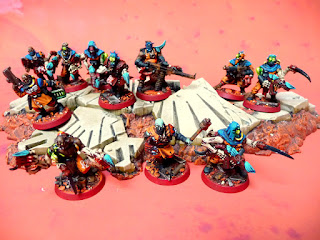 I think it was perhaps because there were the familiar nid elements; all the unfamiliar bits, which were in fact easier second time around, were smaller so were painted quicker. The mix of the two just made it a more pleasant experience, although I did begin to lose patience at the end but that was more to do with the pressure to get the Dark Angels back on the table. 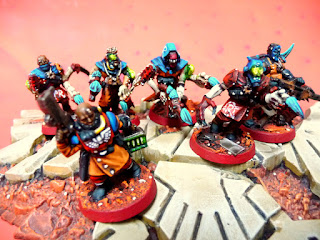 So anyway, alongside the 10 cultists I threw in the pilot from the Battle for Macragge kit. He's carrying some vital geneseed vials so we better hope he hasn't been infected by Genestealers... 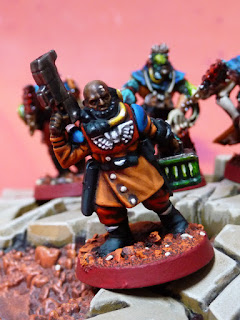 This guy was one of the most mutated cultists and I particularly like how I repurposed his chaos tattoo brand as toxic elements from his toxin sacs - it's not convincing in any shape or form, I just like it. 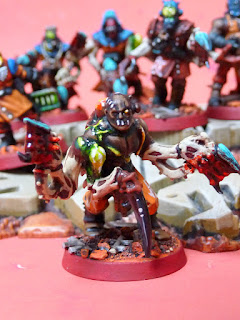 I'm also digging the orange fatigues. I wanted a rabble red planet wasteland look for all the cultists, both chaos and Genestealer so I chose both red and orange as base colours with all the other elements tying it together, like the blue accents. I must admit there is far too much colour going on, an assault on the senses. 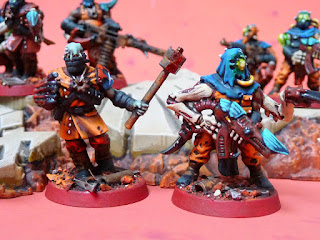 But I'm just delighted to have them done even if they're a bit garish and even rushed in places. Being able to be happy with something that was done quickly is a lesson I'm proud to learn. It was indecision and inactivity that killed my forays into painting when I was a child so 'progress is progress' as the FRC are wont to say 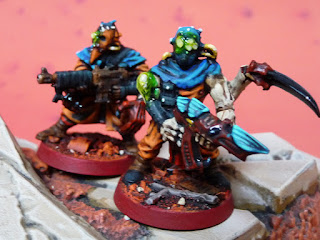 I'm also getting to explore the colour scheme I had down for my Squats way back when - orange and blue so this was quite a rewarding trip down memory lane for me. 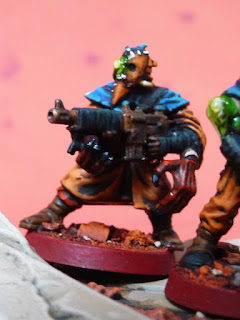 Super chuffed with this guys heavy stubber - only paint and washes on this, no technical paints and I think it came out particularly realistic and grungy. I love the contrast between that realism and primary almost comicbook elements on his nid features. 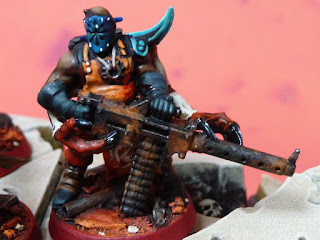 I was a bit lazy on some of the FRC markings resulting in a lot of stylised R's but this complete logo came out particularly well. 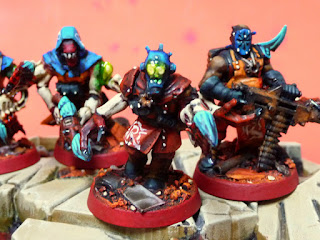 The Warrior faced cultist was perhaps my least favourite conversion but I think the red face actually saved it, you still can't quite work out what's going on with his features but it's definitely better than I thought it would. The stylised R's on both sides of his hood are debatable though. 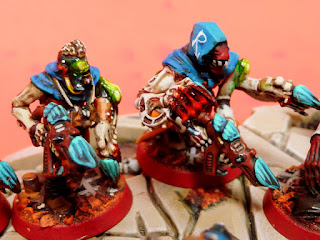 This fella is covered in R's, I wanted it to be a random expression, like some lunatic repeating the same symbol but I'm not sure it worked as I intended as I didn't do any markings above the waste 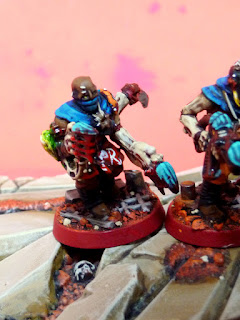 So it's like he started scrawling on his clothes and then got bored! 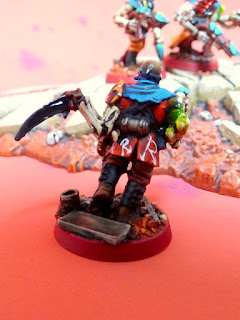 This one has been infected by an Adrenal Gland biomorph. 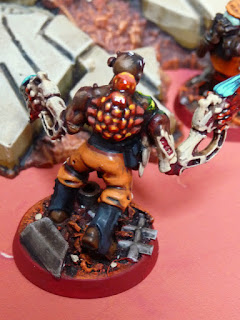 The pilot, he's still an unexpected bonus, he's not got any FRC markings so is he complicit in their cult, who knows? 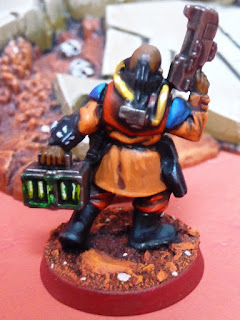 Rear shots of the hooded guy. 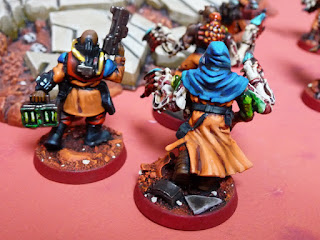 Yet more shots from behind so you can see all the details. 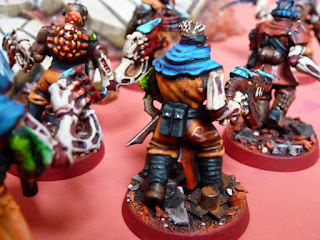 This guy's got all the tools. 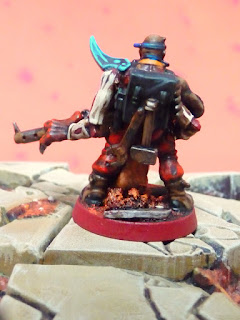 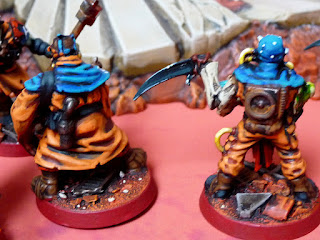 Now i know certain buddies will be disappointed this is not a Dark Angels post but they were in progress long before Blog Wars and will actually benefit me as I work on the Dark Angel Scouts as there are certain similarities. I did also have zero interest in fielding scouts up until the new Codex leaks suggested that two demi-companies give away free Transports - which will mean my Land Raiders will need to be progressed so the scouts will definitely keep their spot on the table, as will the Tactical Squad and their Macragge counterparts that I've not even cleaned the mold lines off! Then I may even have to look at my old skool lead [pb] ones to make up the numbers before I even consider buying new plastic.

Anyway I gets the red stamp of approval!