I've decided to throw this out there as it seems my 'so-called' buddies are unimpressed with my admittedly slow but nonetheless actual Dark Angel progress :P Yes I am working on them! And here's some proof, these were a unit of Scouts PeteB gave me that were left over from his Space Wolf affair. 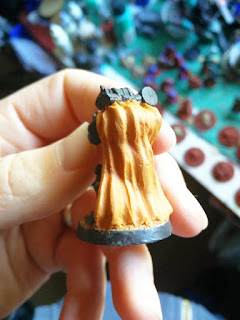 This guy was missing half his cloak so I mashed one together with Milliput, of course Pete found the other half in a trawl through his bitz box but the repair had been done by then! 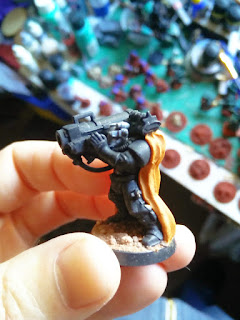 OK, so it's not conclusive proof of my progress but it's something and I promise I've got more to come. 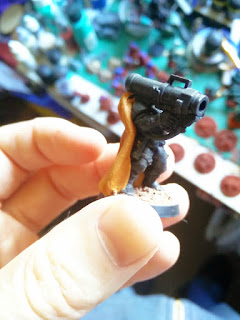 Because I've got the tactical Squad out and I'll be working on them and the scout alongside each other. 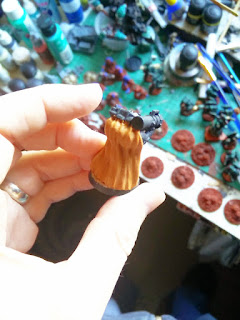 And this too! Yes, I have a Bastion and that will also be part of my force. I'm safe with fortifications and having a lovely purpose built vantage point for my Devastator Squad makes perfect sense 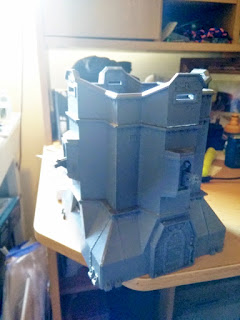 I've also got all the bits from my Dark Vengeance expansion set now which means I will have:
I know this isn't huge by some standards but I'm surprised because aside from one of the Land Raiders this is all new [or at least new to me] stuff. Anyway you will start to see more focus on these, apparently they've got a new Codex since I bought the last new Codex so this force will no doubt alter a bit but you will be seeing updates soon.
Posted by 40kaddict at 12:01