The other night I just decided to do a bit of basing. The extra bases for my objective markers came in and I thought I'd do the Magragge Force Fields, Teleport Homers and Scouts at the same time. I then got my sand mix down and found my Dark Angel veterans in the box. It seems when I added slate to the bases I didn't do the sand and the last time I stumbled on them I thought 'oh I must put this with my sand so that when I come to do some basing I do these too. So what had seemed a manageable task had just tipped over to a chore, but still it all needs doing. 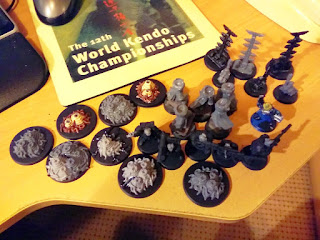 The following night I gave them all a Red Oxide undercoat, masking off the two already painted hive nodes, one with blue tac the other just a bit of ripped card, I think the second option was probably the easiest 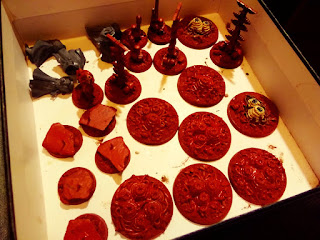 One of the other things I decided to base [which also made the process that little bit more daunting] was my future destroyed Bastion Crater. It's a slow burn project this, but on my To Do List. I need to do a few blown up Chitinous plates which is the delaying factor in this one but the edges being based was also a hurdle which has now been overcome. 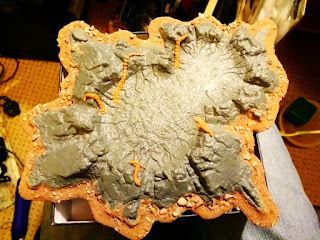 I subsequently painted all the bases of those I'd started [except the scouts as I wanted to fix the broken cloak first]. I then continued on with the objective markers. They need to be complete for BW, so it's actually nice to have a deadline to push for. 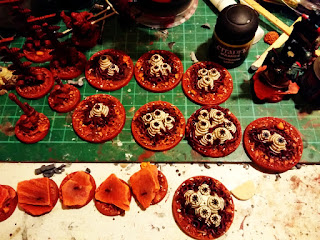 I may as well throw this in here too, the final pair of Fleshborer Hives, I need them for BW so it was another incentive and while I was at it I painted the last of Carnifex bases 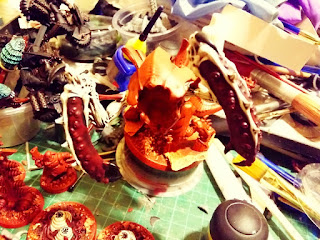 I've actually been working on a whole host of things while I've been doing things just little bits here and there, touching up the Genestealer Cult, adding bits to various side projects that are completely off list. 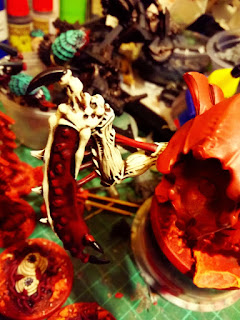