And I've iced the cake! At this stage I'm running out of grout from the pot that served to cover my Bastion. It probably could have covered all of the towers but I wanted to get some extra just in case. 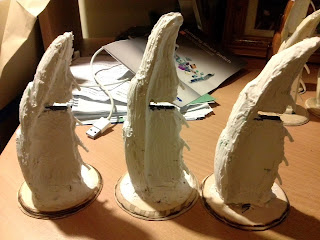 I went to my local £1 shop but they were' all out of the tubs of grout, but Home & Bargain had a tube of grout for 89p. I ended up using that exclusively on the three remaining towers purely for the perceived ease of application - piping it in place. It's actually a nightmare to squeeze out of the tube but it all got done. 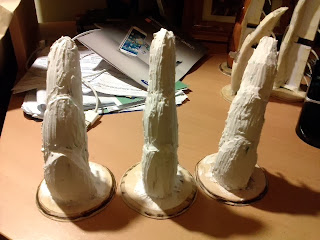 I had a plastic knife to smooth things over, a spoon or sculpting tool would work equally well. 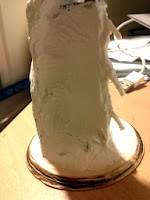 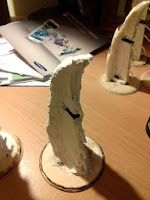 The second set of towers after they've been 'piped' 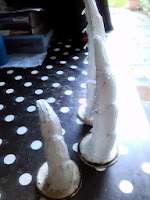 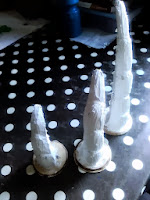 Even with some water to smooth things over we're still going to need to sand these babies down. The first 3 took about 10-15 minutes each and then these three probably another 15 minutes per tower. We'll say it's another 1.5 hours of work taking us to 8 hours 20 minutes construction time so far. 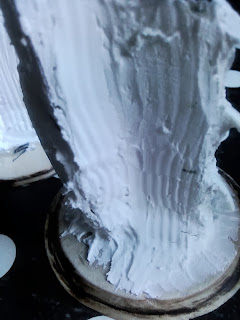 And here's where the sanding begins. I have an old Black & Decker Quattro - a 4in1 drill, electric screwdriver, jigsaw and sander. I bought it with my first ever Christmas bonus but at some point it broke only ever running anti-clockwise - thus rendering the drill and the ability to tighten screws impossible. The sander works fine though so I dug it out to speed things up. It seems that 4 or 5 years of inactivity has cleared the problem though! 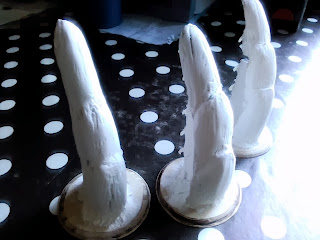 Anyway, these 3 were sanded until the batteries ran down, another 10 minutes each of smoothing, with help of some sanding pads too. it doesn't have to be perfect but so long as there aren't any sharp ridges this finish is sufficient. 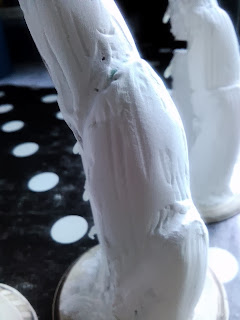 The next three were sanded both with my Quattro and the Dremel-alike. I was covered head to toe in grouting powder, not sure it speeded things up  but I definitely ended up with a smoother finish, especially after a quick sand with my sanding pads. 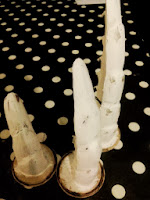 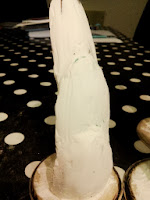 Another rough estimate for time, about 45-50 minutes taking us to 9 hours 40, which looks like a long time but honestly hasn't felt like it so far. I've got the chitin plates next. I've got myself 5 packets of Milliput but I think I'm going to go DAS air drying clay. I certainly want to try at least one tower in clay alone. I don't think these have to be as durable as the Bastion, they are only terrain pieces after all so clay should be fine. 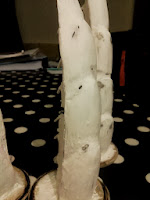 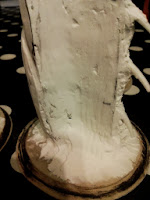 Additionally the mixing of the Milliput can take just as long as sculpting so I think this may speed up the process. The only other difference I can see is that the Milliput plates on the Bastion are smoother than the two DAS clay ones, only by a fraction. They're all getting painted though so it shouldn't matter.