Terrain is everything - Hail the Omnissiah a new STC concept!

With the introduction of the Cetacean 'vent' Tower the other day there was a proposal by Tech Adept First Class Spyrle to create a landing pad platform that could protect larger units of the Emperor's Finest or in certain circumstances provide a forward base for Imperial Skimmers. Ordinarily this kind of outspoken innovation would have sent Adept Spyrle to the flagellants yard for penance - new technology is bad technology progressive thinking is the mark of the Heretic. 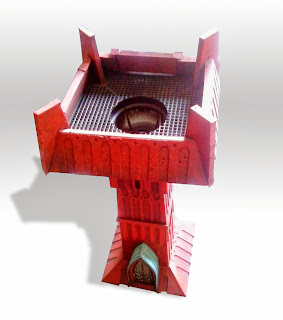 Thankfully though before he felt the sting of the arco-flail a sign was sent to one of our more Visionary adepts who is beyond reproach and the Heresy of new thinking that indeed this concept could already be implemented thanks to a 'blessed' Mechanicum Approved STC. By using the Hex Tower 2 and employing a Standard Manifold Coupling on the base it is theoretically possible to combine these two ancient and revered STCs. 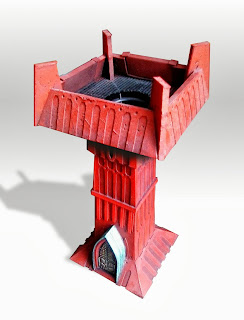 Currently there are no examples of this on Ferron Proxima but data scribes have conjured these picts of how the Hex Tower could be employed on the Cetacean Tower and it's Baleen roof extensions. Additional underslung roof support struts could also be fashioned to make use of the emplaced weapon ports but current load simulations do not suggest such strengthening is mandatory for it's current role. 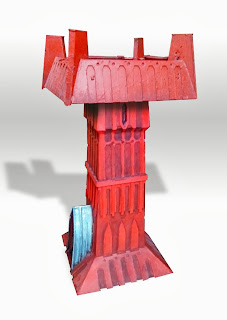 In reward to Adept Spyrle, this will be reclassified as the Spyrle Forward Observation Platform, please update you cogitators forthwith. 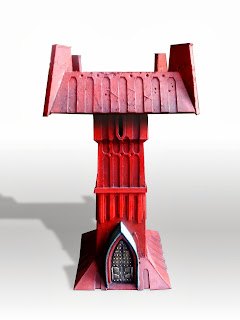