'nids part 39 - Afterall, what is a Mycetic Spore anyway?

It's been a while since I finished my Mycetic Spore but I certainly feel it was a model worth making. I really like the opportunity of dropping something useful anywhere on the battlefield. However I only have the one complete pod and I know two would definitely be more interesting so I can drop Devgaunts and the Doom, otherwise it's the Doom and hoping the Reserve order allows me to bring the Devgaunts on via a Trygon Tunnel, otherwise they'll just come on from my board edge :( 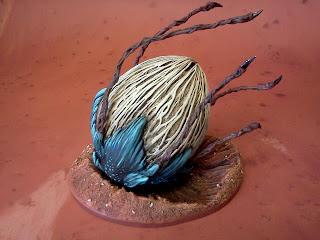 Of course I do have two Plasma Hatchers and despite the fact that there seems to be little love for them on the net I've gone on record as saying they're ideal for the job, given their cost, size and availability. 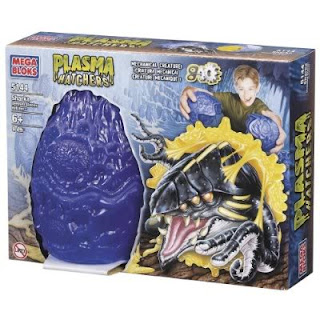 But I really like the Pot Pourri Pod (PPP) I made and ideally I would like to have all my pods look the same. Of course I could use the PPP for when I use the single pod and paint up the Plasma Hatchers when I use two but in the mean time I'm in search of what it is I actually made my PPP out of. Luckily I still have the packet of Pot Pourri from The Range and the label says it was made by S&N Household Limited* so I decided to email them to ask what the seed pod below is and if they currently do any packets with it in, as the Oriental Poppy Fragrance is no longer stocked by The Range. So far I've had no response from them. 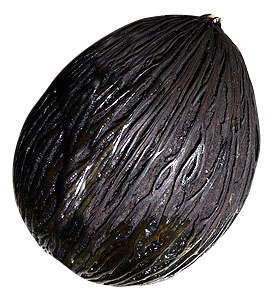 Meanwhile I kept on searching for Pot Pourri sellers and came across http://www.daisyshop.co.uk/ and as they give advice to people making their own Pot Pourri I decided to contact them to see if they could shed light on my dilema, and they kindly responded:


Hello Dave
Thanks for your email.
I think the seed pod is a mintolla ball – I’m afraid we don’t stock it though!
Kind regards
Mike.
Mike Ridley, Director

So now we know, and that led me to the Wikipedia page


Cerbera odollam, commonly known as the Suicide tree, Pong-pong, and Othalanga, is a species of tree native to India and other parts of Southern Asia. It grows preferentially in coastal salt swamps and in marshy areas. It grows wild along the coast in many parts of Kerala, India and has been grown as a hedge between home compounds. It yields a potent poison, often used for suicide or murder [1].

So it's actually the Pong-Pong Pot Pourri Pod? The PPPPP! Except this isn't really the end of the story as suppliers of Mintolla balls are mainly trade suppliers so although I seem to be able to get them dirt cheap they want to sell 100's of them or charge extortionate amounts for postage from Poland, Czech Republic or India. In the end I've found one supplier who seems relatively cheap, British based and accept Paypal but their website doesn't function so I'll have to contact them directly. In the mean time I think I'll paint up the the Plasma Hatchers just to see what they're like, although having seen the following I still feel the need to modify it in some way to be more gribbly

* I don't know why I'm linking to them as they never got back to me but still my Karma is enriched from this.

Right, I've had a little think and I've decided that the Plasma Hatchers are the solution. If I only ever field one Spore I will use the PPPPP, but if I want to run two then I'll use the Plasma Hatchers. Rumour has it GW has a Spore Pod already designed, it's just never been released. I can't say I'm excited about the prospect of that, but then I wasn't overly keen about a full-on Tervigon and then I went and oredered one. But as I believe strongly in the Plasma Hatchers as a viable model I think I should put my money where my mouth is at least!

And in further update news the Spore Pod got the single most attention at Warhammer World with quite a number of people asking me what it was, how I made it and how long it took [isn't it amazing how some people are obsessed about how long it took to paint something?]. In particular there were a couple of GW staffers who spent about 10 minutes chatting about it as I packed away, not sure if they were visiting retail managers or HQ staff but I casually warned them I would know who to blame if in a few months the spore pod did come out and it looked like my pod ;)
Posted by 40kaddict at 14:59