Afternoon #WarHamFam and #WarhammerCommunity - I've been playing #MESBG [Middle Earth Strategy Battle Game] again at Otty's. It was Ben & Otty's 50th birthday's recently so we decided to have a weekend gaming. We had some games of MEBG and Liam and Ben had a game of #AdeptusTitanicus as Liam managed to finish his Titans in a week of furious painting. Anyway, it was a good few weeks ago and I have no recollection of what happened against Scott's Khand. 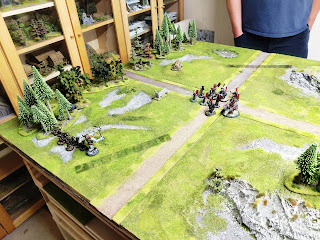 I think I ended up forfeiting the game quite early as I was taking too many losses and couldn't seem to make a dent in his fast moving army. 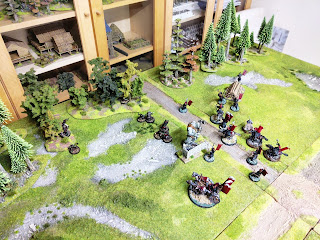 I then faced Otty, this time it was a really important game for ownership of Moria itself. If I was to lose the hex I would lose my reroll for difficult terrain tests. 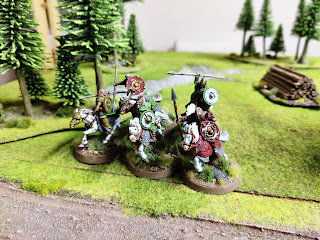 And for the life of me these pictures mean nothing, I can't recall any of what took place, sorry. 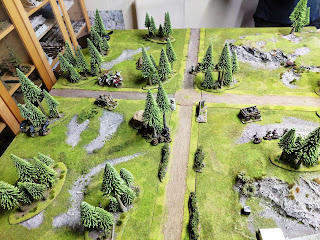 But I do know I forfeited the game again which was a huge loss in the long term. 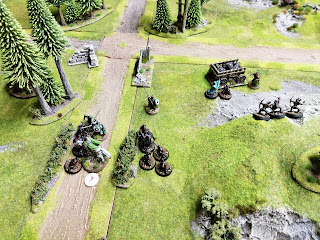 Not only would I need to fight Otty again to reclaim my lost home hex but he expanded further into my realm meaning I would need to fight him for another hex that currently is giving me bonuses I can't afford to lose. 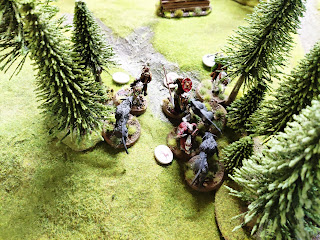 What's even more worrying is that I think that hex also has Liam's elves in too. So it could be a 3 way battle and knowing my luck that'll probably end up with the Rohirrim and elves joining forces to take me out first. 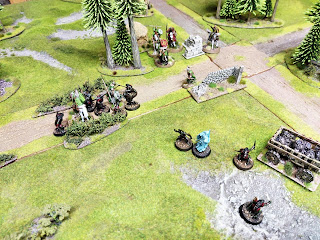 Yeah, not looking forward to that one when it happens. 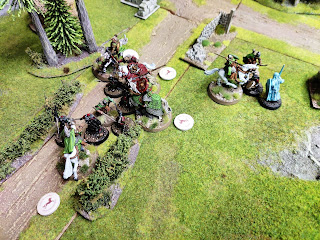 Here's the Adeptus Titanicus game Liam and Ben played. My Titans still need finishing off. They may form part of my #DreadTober pledge, should I complete my Foetid Bloat Drone get finished early.

The game was interesting but they may well have been playing wrong. The Cerastus Lancers were 50:50 - they managed to get in combat with the Warlord titan. He was trapped for a long time and because they were inside his void shields did significant damage to him... when they hit. So, although they were MVP for the damage they caused they didn't always manage to land their blows. Anyway, Liam got me the 2nd Cerastus Lancer I shared previously. He's been primed and I will paint his base alongside the Ravenwing bikes when I get round to them.

Anyway, sorry about the not so battle report, but we did have a really good weekend. Went out for breakfast, a curry in the evening a few beers, some toy soldiers and awesome company with my gaming crew.
Posted by 40kaddict at 12:06