Afternoon #WarHamFam and #WarhammerCommunity I've continued #PaintingWarhammer Death Guard Kill Team in a #Blanchitsu stylee. Technically my #NewYearNewArmy for #ArmiesOnParade. Okey doke, you all love the white pics as they tend to give a more neutral background to judge the painting, although as I've mentioned numerous times my camera app still adds some kind of smoothing filter but it's still the best I can find.

The teeth on the belly and the left vambrace! I don't know how this happens sometimes. 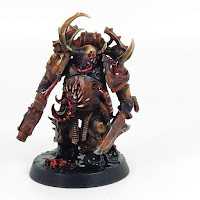 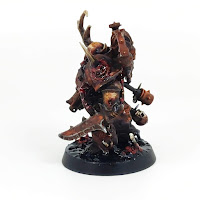 That skull on the backpack - accident, but I love it. 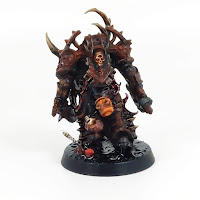 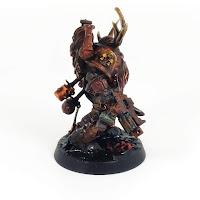 Fleshy bits worked out so well on this one. Plenty of reference for some of the upcoming additions to the force, including the Poxwalkers. 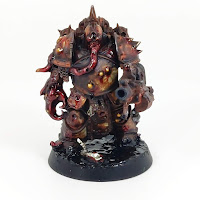 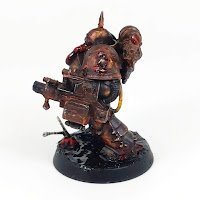 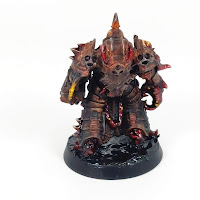 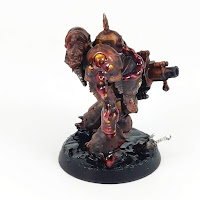 Tamiya Clear Red X-27 glossy finish has played havoc with his eye lens - making it more difficult to discern but it looks better than the pic conveys. 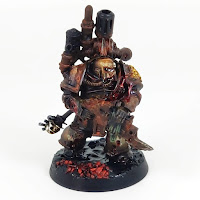 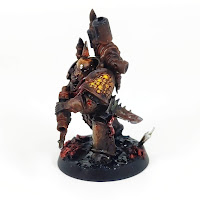 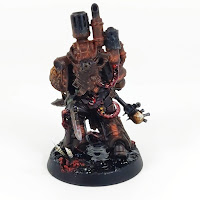 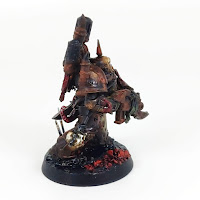 These 4 were such a treat to do but technically important as they happened to include numerous aspects I got to further explore and refine - giving me the confidence for what is still left to do. 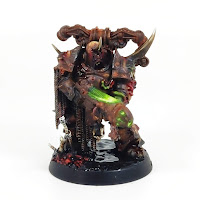 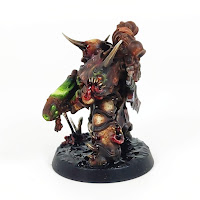 That bright orange blob of rust on the top of the backpack is the only element of Dirty Down that worked, so I kept it. I may try again on some of the others... 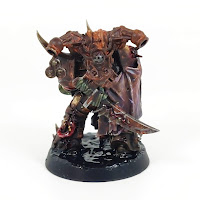 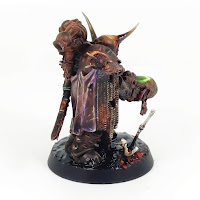 What do you think? How do these stack up against my other armies. I have to admit the freedom in painting them compared to standard space marine armour is a blessing [ a foul one but blessing nonetheless]. It has definitely convinced me that when I do come to paint my Primaris force it will absolutely be a metallic army. I do not want to blend or line highlight in the traditional sense. I really think a silver army would different for me, challenging and and interesting exploration of a faction that I'm currently finding the least appealing to do. A long way off but making these decisions now will help overcome those obstacles in the future that drain your hobby mojo.
Posted by 40kaddict at 12:02