Afternoon, I've reached a point that I need to acknowledge to myself. After quite a while of being frugal I've made a number of significant purchases that leaves me with a lot of figures to paint, we're all familiar with that situation. 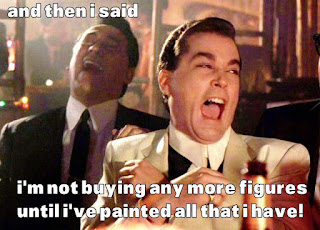 I had some birthday money and I've always wanted some Helverins. I wouldn't have bought them otherwise and I quite fancied some Munitorum Containers. That was a bizarre choice as I already have quite a few of my own future containers that fulfil the same function. But more importantly, aside from not playing games at the moment, I don't often play at my house. All this lovely terrain and no reason to have it! Still I enjoy the painting aspect and will have fun painting them. 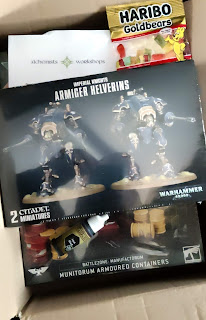 I also got Indomitus, managed to offload the Necrons but all the Primaris are still there waiting. I have some easy build Primaris from Conquest and also some Intercessors and Aggressors from the Tooth and Claw box set. So I have surprisingly ended up with a reasonably significant Primaris army. At some point I will want to paint them, I'm considering them as Guardians of the Covenant - I don't have much silver in my armies and I thought it would be fun to try it as a counterpoint to my normal Red Planet BASE! armies. 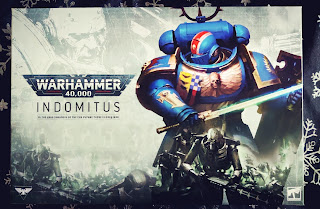 I also keep dipping into Blood Bowl because the figures are so interesting. I still want a couple of extra things like a Rotspawn and Kurnoth Hunters as Treemen but I do need to temper with the fact we don't play Blood Bowl often so there really is no NEED to get anything at the moment. I've got my Orcs and Troll too! 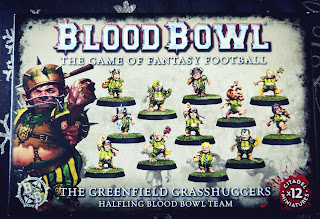 On top of all that I have loads things to add to my Dark Angels [Ravenwing, Greenwing and Deathwing], the three remaining titans for my Adeptus Titanicus not to mention the scratchbuilds I feel I should be doing because they feel so rewarding when they are completed. I also have a load of Night Haunt and Stormcast Eternals to play with from the Mortal Realms magazine as well as the Death Guard Kill Team I want to explore and Genestealer Cult models too. I have so much to do, so much that is sitting unpainted and I think I need to continue to make a dent in that rather than buy, buy, buy more.
So, I hope to hold off purchasing any new models for the remainder of the year. I may get bitz, and paint or hobby supplies but actual models need to be curtailed. Just watch new Tyranids arrive on the scene and blow this intent out of the water. I may need some Codex at some point but for now I think I've bought enough to keep me busy for years.
Posted by 40kaddict at 12:00