Afternoon #warmongers and #warhammercommunity I've been #paintingwarhammer Skaven prodder for #PitOnParade. Dr Dave is creating a #ArmiesOnParade board for charity. At this stage I'd run out of Army Painter Anti-Shine, so my progress on my Tyrannofex for #DreadTober came to a halt. So I decided to get back on the space rat. An easy way to make it 40k grimdark - hazard stripes. The yellow and black do that obviously. 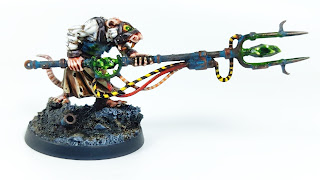 But the orange and cream was an experiment. I also considered broad green stripes on the orange cable, but decided to leave as is. I ruminated about the choice of warpstone colour - the traditional green, or red. I felt the Blanchitsu approach would be red but asking around the consensus was green and I'm much more confident about it for the glow FX. 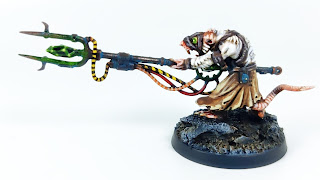 As with my Skaven Blood Bowl team his albino nature was not represented with red/pink eyes but as a by-product of the warpstone and so was green glow effect. 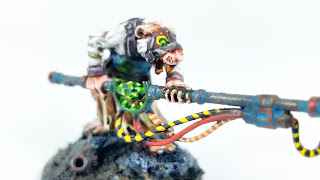 The prodder warpstone and glow worked really well, in my opinion. 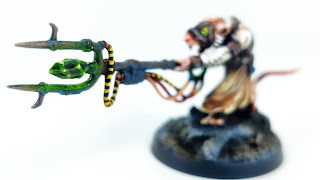 The leather bits were quite understated, with just some minor scratches and highlights added. The kilt/tabard had more shading, as did the base. 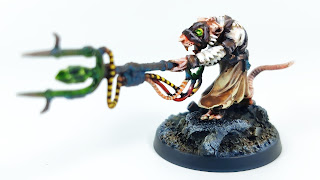 He was almost complete at this stage, just needed to tweak his claws a bit, add some more tones to the base and finish him up. 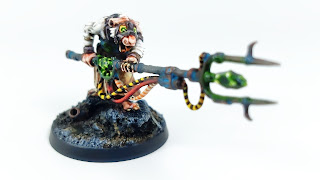