Afternoon #warmongers and #warhammercommunity I've been #paintingwarhammer. You may have noticed that my #DreadTober posts had evaporated. Unfortunately I had run out of my Army Painter Anti-Shine varnish and had decided to try a new product - AK Interactive 3rd generation matt varnish. 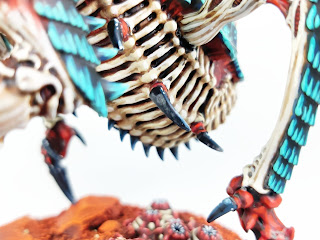 It had some good reviews and came in a 100ml bottle, something Army Painter have told me they have no immediate plans of doing with Anti-shine :( 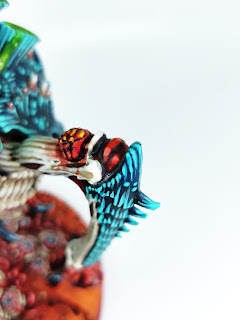 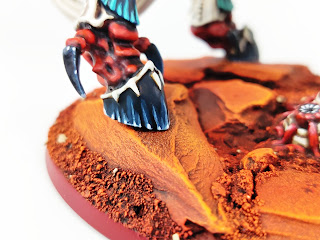 I wasn't happy at all, but thankfully it was easily rectified in most instances. The creases had a dab of Strong Tone wash and it hid the offending white foam. However, what the pictures can't convey is that the finish has a rubbery texture, akin to those soft-grip pens. 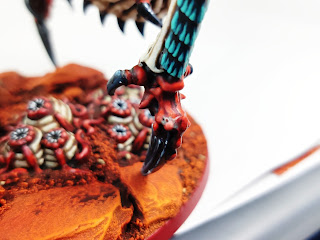 It's not wholly unpleasant but as I'd also applied some to my Genestealer Acolyte Iconward and it had started to separate and peel off like a thin film of rubber I had sever doubts about it's durability. 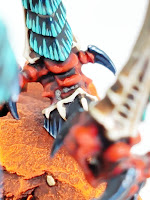 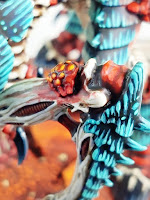 So I was not best pleased and the whole project pretty much ground to a halt as I tried to decide on the next course of action. 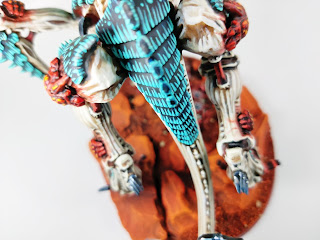 Which was to order three of these. I've also picked up some other varnishes and may consider doing a test in future to find the best paint on matt varnish [spoiler alert - AK Interactive aren't winning any prizes]. 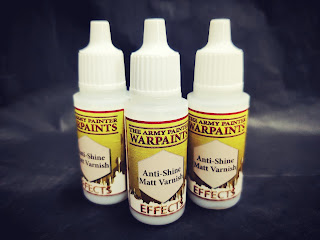 One last issue I noticed was the varnish 'foam' that dried on this leg plate will need fixing - paint back in the dark blue and all the striations.

I wouldn't have minded in a way if that was the level of frosting, that can be mitigated with checking to see if it has pooled but it is a faff and the fact it peeled off means I doubt I'll have any use for it at the moment. Anyway, I'm going to Anti-Shine the lot and get my TO DONE! pics, just a few weeks late.
Posted by 40kaddict at 12:11