Afternoon #warmongers and #warhammercommunity I've been #paintingwarhammer on the Galvanic Servohaulers. I sponged on the yellow. This was Instar paints replacement for Iyanden Yellow. It's a bit more ochre in colour than the original but it seems yellower on the model, next to all the rust. 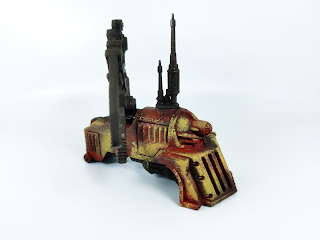 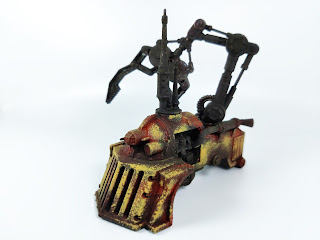 And on goes the rust. Maybe it's all a little too blended together now but I can added some more washes for definition. 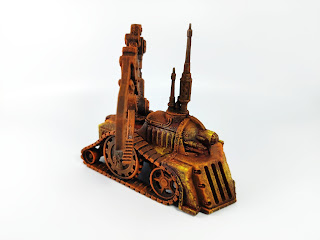 Not 100% sure what yo do with the tracks. Some silver on the edges might break things up, maybe I'll do something with the Mechanicus skull. The Vallejo Sun Yellow also helped increase the contrast too. 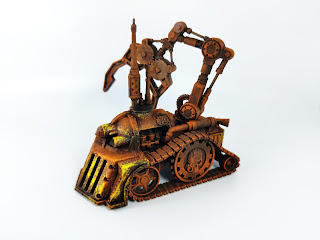 I added a bit more washes in all the recesses to increase definition and try to break things up a bit. 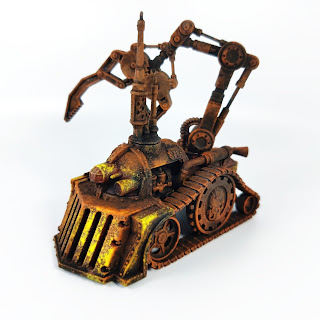 Even so there were still some powdery residue. Of course this has ruined models before, but when it's grungy and distressed that can either be a bonus or easily masked with more washes. 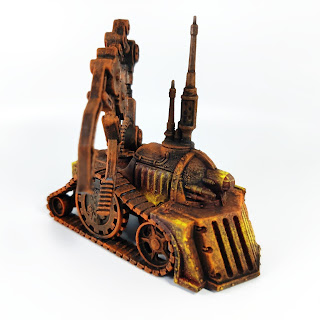 I know the Army Painter Strong Tone wash will easily mask the powder caused by the Vallejo 'dipping' washes. 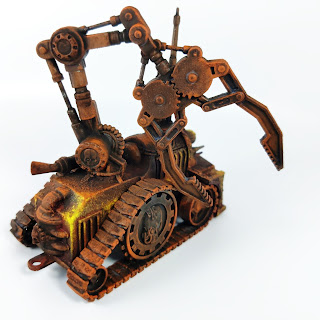 So I'm not worried in the slightest. 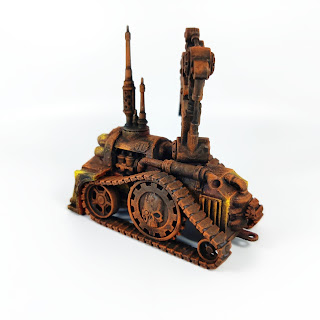 And the crane pics have skipped straight to the Sun Yellow part. I'm feeling much more confident of achieving my goal now. 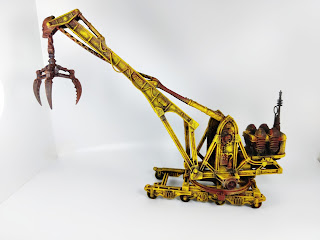 Can't wait to get into the details now that the bulk of the colouring is done. 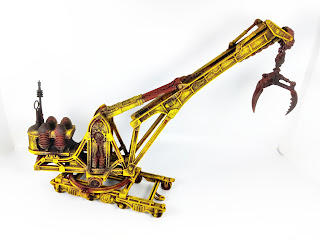 Still not settled on the 'power coils' but I think they'll be red glass, or blue glow... 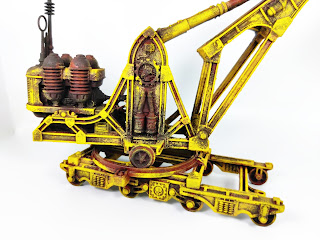 Also the carriage needs decisions about details but hopefully they'll reveal themselves as it progresses.
Posted by 40kaddict at 12:26

Email ThisBlogThis!Share to TwitterShare to FacebookShare to Pinterest
Labels: mechanicus