I'm sure I had a pet name for this at one stage but I can't remember what it was, it might have been Brenda, for reasons but I felt in the world of binary genders it was actually he-titan. I don't know so much now. 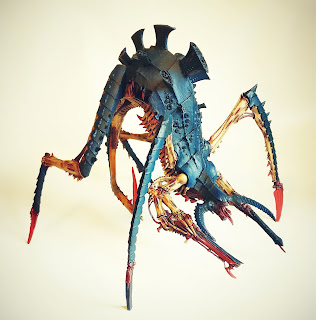 I don't want to be taking too many of these full body shots but the completion of the washes felt like a significant milestone to warrant the effort. I've even painted the [our] left front talons/spikes and [our] back right talons/spikes black but I'll save doing that for the other parts until after highlights. 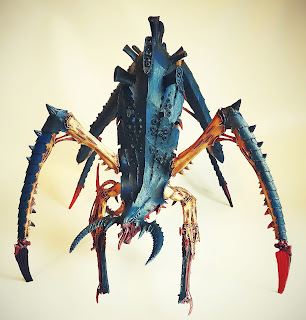 I'll probably end up flitting between stages next - doing a chitin highlight here a bone highlight there, anything to prevent it becoming monotonous. Luckily I have three exciting project on the go so I can easily shift focus should it become a chore. 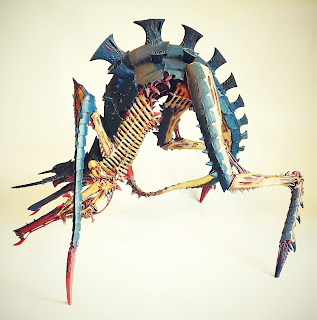 I know it's not colour accurate as I added a filter to my pics but I love nids at this stage, especially the bone colours. At some point I think I need to try and paint just with washes and basecoats - maybe one day if I ever decide to do an inquisitorial band or some other small grimdark unit. 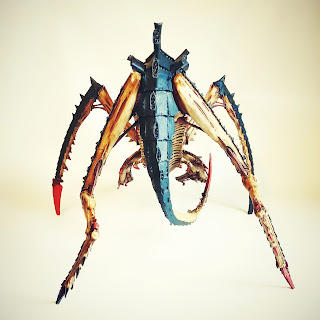 I need to get some Army Painter Skeleton Bone paint for the next highlights. I'm not a particular fan of it, but it's darker/yellower than my Valejo Bonewhite and I thinkk in this instance it could be effective in settign up a three way highlight which might make him [see I called it him] look darker and more aged in appearance. 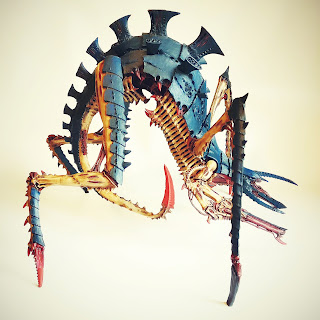 Not sure the raw red flesh bits inside the rib cages will be as visible as I'd hoped but maybe some careful application of Tamiya Clear red X-27 might solve that. 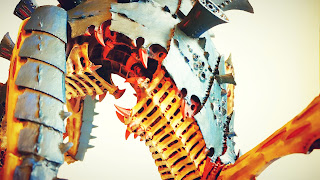 The Forgebane Warglaives have jumped the queue on this now it's at a 'savepoint' but they've been built and based, just need to prime and then I'll start on the highlights and potentially find out hiw daunting the task is ahead. 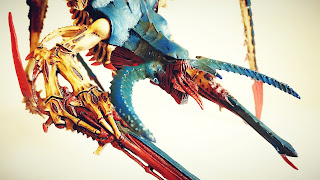 Fingers crossed it won't be too bad but I'm well aware of the pitfalls and finally ready to tackle it :)