Where's my head at?

Well, as you can see I'm actually back on the Dark Angels but progress is incredibly slow. I'm observing a slight derivation of my lack of mojo in that I really, really want to paint these models but just don't have the energy. In part it has to do with the fact my left arm is in constant pain. The spinal disc that is squishing the nerves in my neck, the same one that stopped me doing kendo, which forced me to come back to the hobby, has decided to flare up again. So my attitude sucks a bit and it's not helping me sleep so I'm more tired, which doesn't necessarily stop me from staying up late but it doesn't motivate me to stay up painting. It's not the whole reason but it's part of it.

But, I really want to get my Dark Angels up to strength and have a game with them. With some of my birthday vouchers I'm looking to get the Dark Vengeance Expansion and that should give me some fun options to play with. Even the Nephilim Jet Fighter, which is pretty rubbish in game terms will be fun. However, as much as I have that desire, I kind of need some hobby viagra to get me going. I'm pottering on, doing a little bit here and there but not making best use of my time. Once again it's also crippling indecision that is causing my hobby impotence. I really can't get my head round how I want to paint some of these bits. 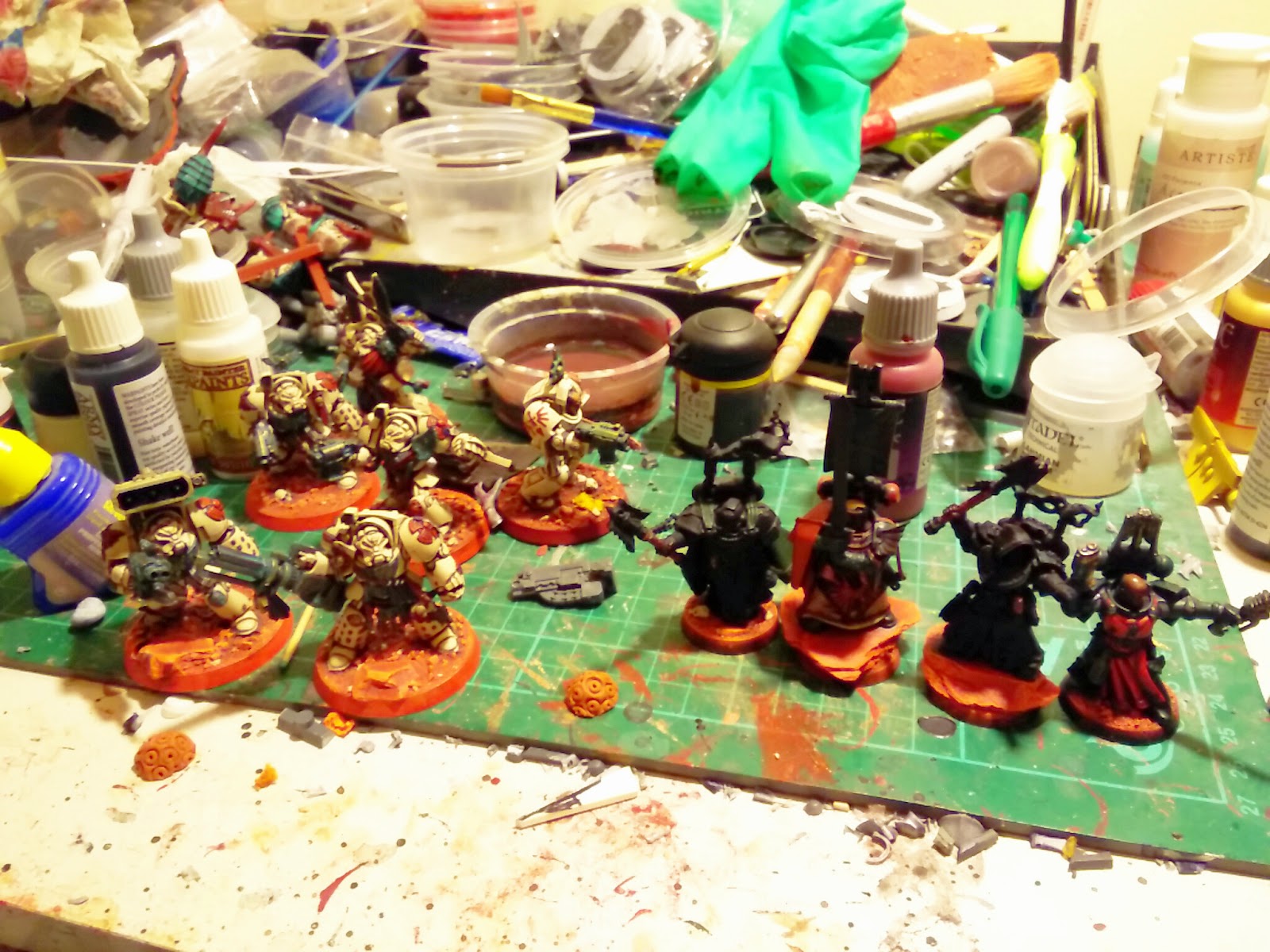 And also, there are so many fiddly little bits that fall outside of my usual 'recipe' so that when I do make a decision I kick myself because the required washes and paint could well have been applied with a similar step three stages prior, which is demoralising too. I did discover I have nine of the Dark Vengeance bikers and six standard Ravenwing so when I get the DV Expansion I'm going to try and make as much as I possibly can from all the bits, hopefully a Command Squad and some Black Knights, get some Plasma guns/pistols to kitbash more Plasma Talons. I'll do the same with the Terminators. I want some Deathwing Knights and I'll use the remaining bits on my Deathstorm Terminators to make them more 'Dark Angel-y'. As I say my enthusiasm is completely there, just no va-va-voom. I have realised though the next step. I need to do the second highlights on the Terminators and also my DV tactical squad. It's a laborious job, but one I know what's required so I may as well do that to feel I'm getting somewhere at least. If then it's only the finishing touches then maybe I'll have come to a decision about those by then. 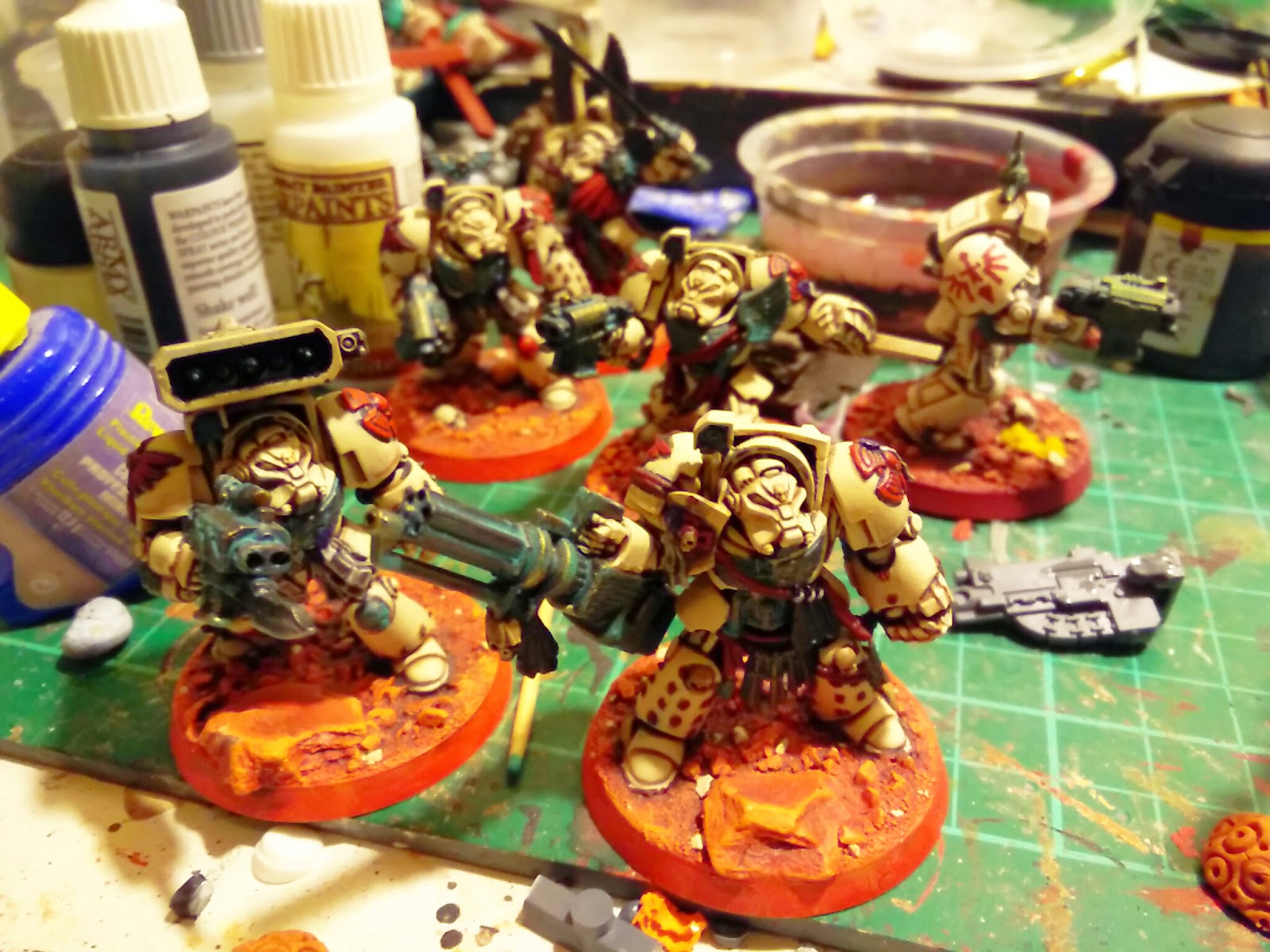 Meanwhile these sorts of guys where I just can't decide on cloak colours and whatnot, well maybe I'll have an answer to that, I mean my Azrael had his black surcoat chosen about 3 months ago after about 6 months of deliberating. I was going to do his main cloak red, because I've had good results on that [hence the Tactical Sergeant in red] but have decide it's either green outside/red inside or bone outside/red inside... 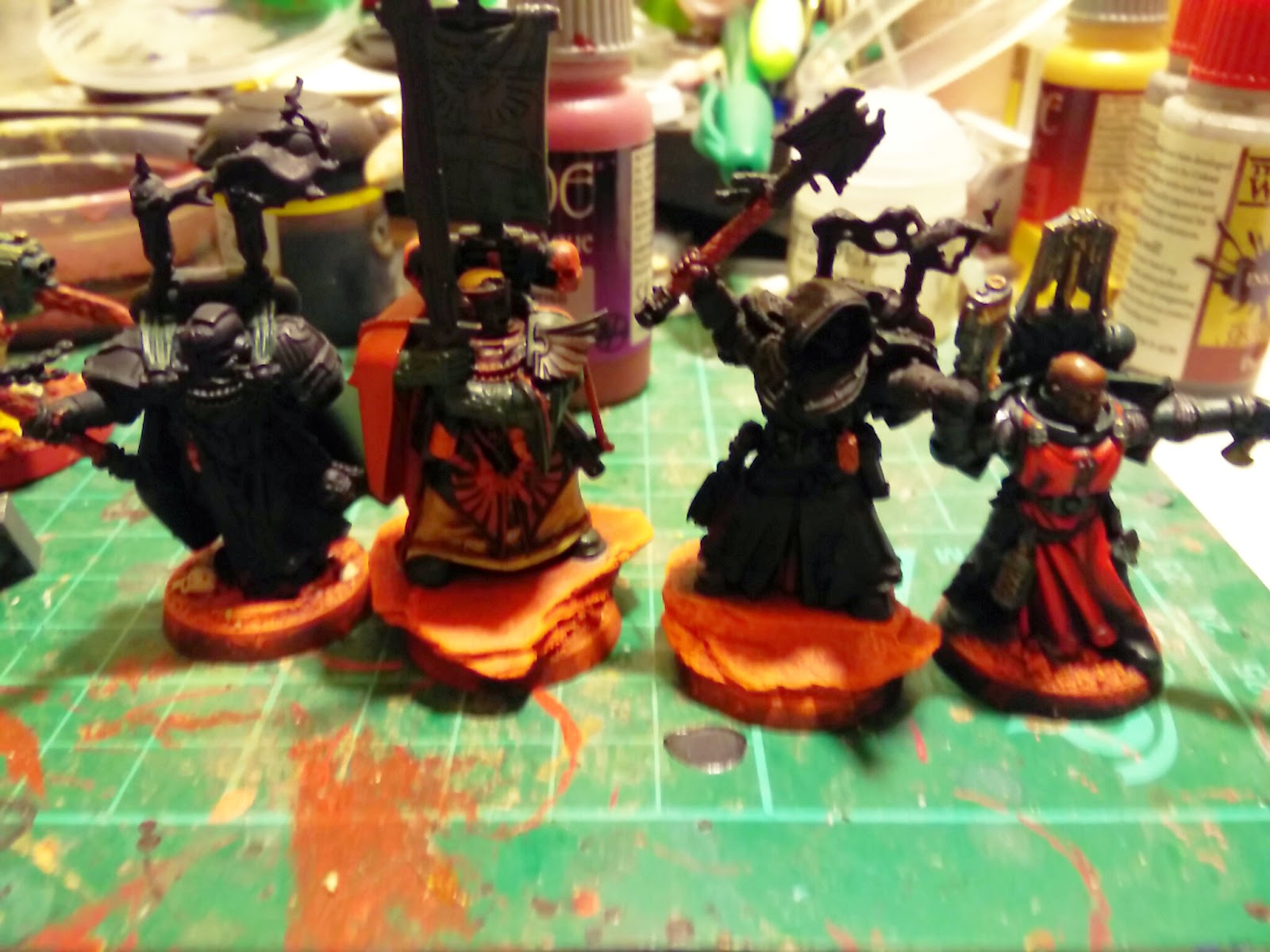 However, I'm not sure how evident progress will be and as much as I want to be blogging and keeping updates flowing, guess what? Yeah, that's being a bit difficult too. But it's blogposts like these that I imagine aren't the greatest to read for you are probably some of the most important as it helps me process the crazy elements of my addiction.. There's no reason why my hobby shouldn't be fun, if it isn't why do it? But equally there's no guarantee that it has to be fun and right now there are elements making it less so and that's made even more frustrating by my desire to do it - Catch 22! With a bit of luck I'll get over this soon and hopefullyget some decent progress and finished models under my belt.

Meanwhile, further to Greg and Marc's discussion on the 'black toxic slime' my Malanthrope is exuding I give you the sort of effect I was hoping to replicate. 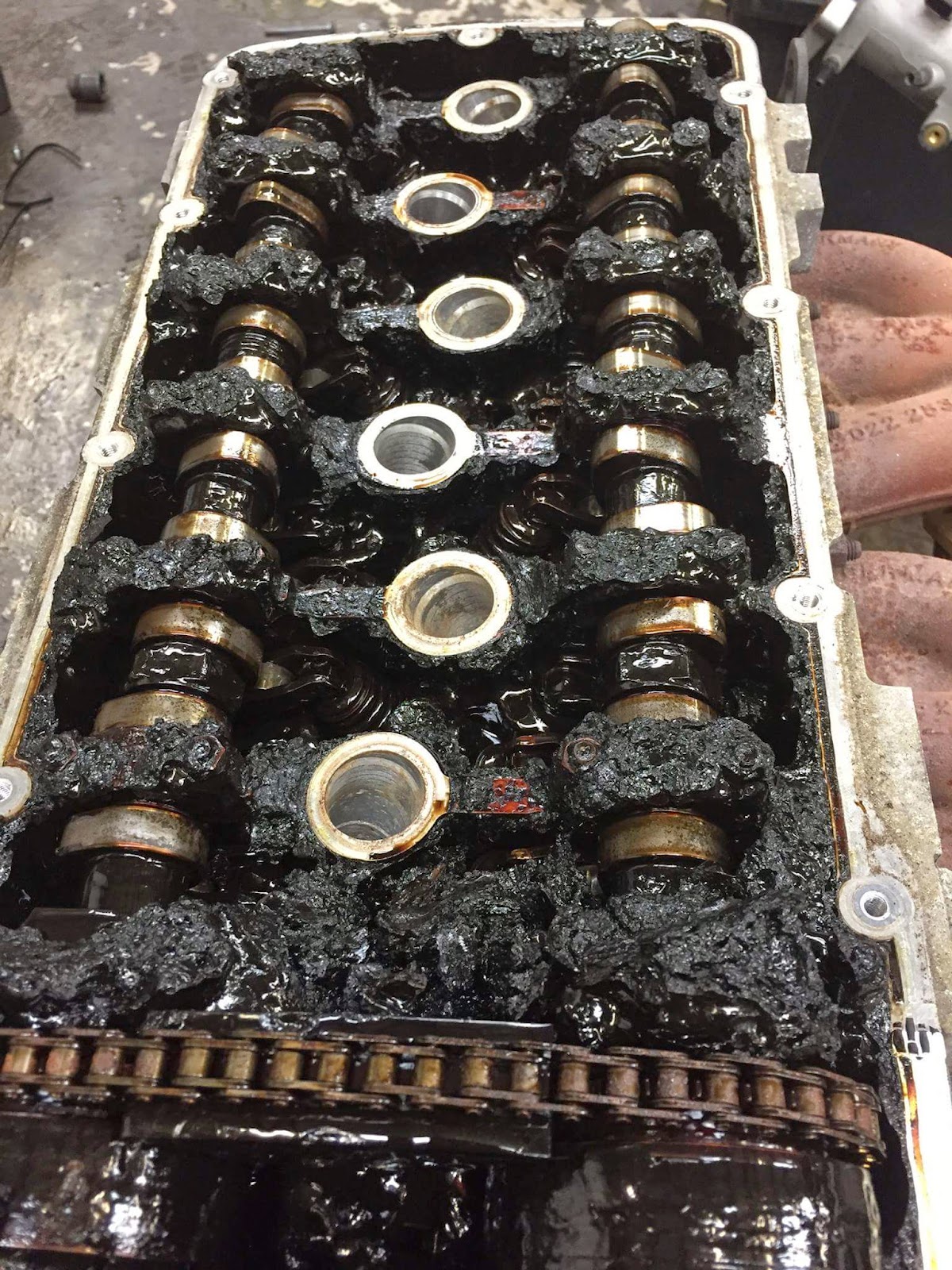 My brother shared this on Facebook recently, it's the inside of an Audi TT v6 engine. It had done 86,000 miles without a service, when they recommend one every 18,000. 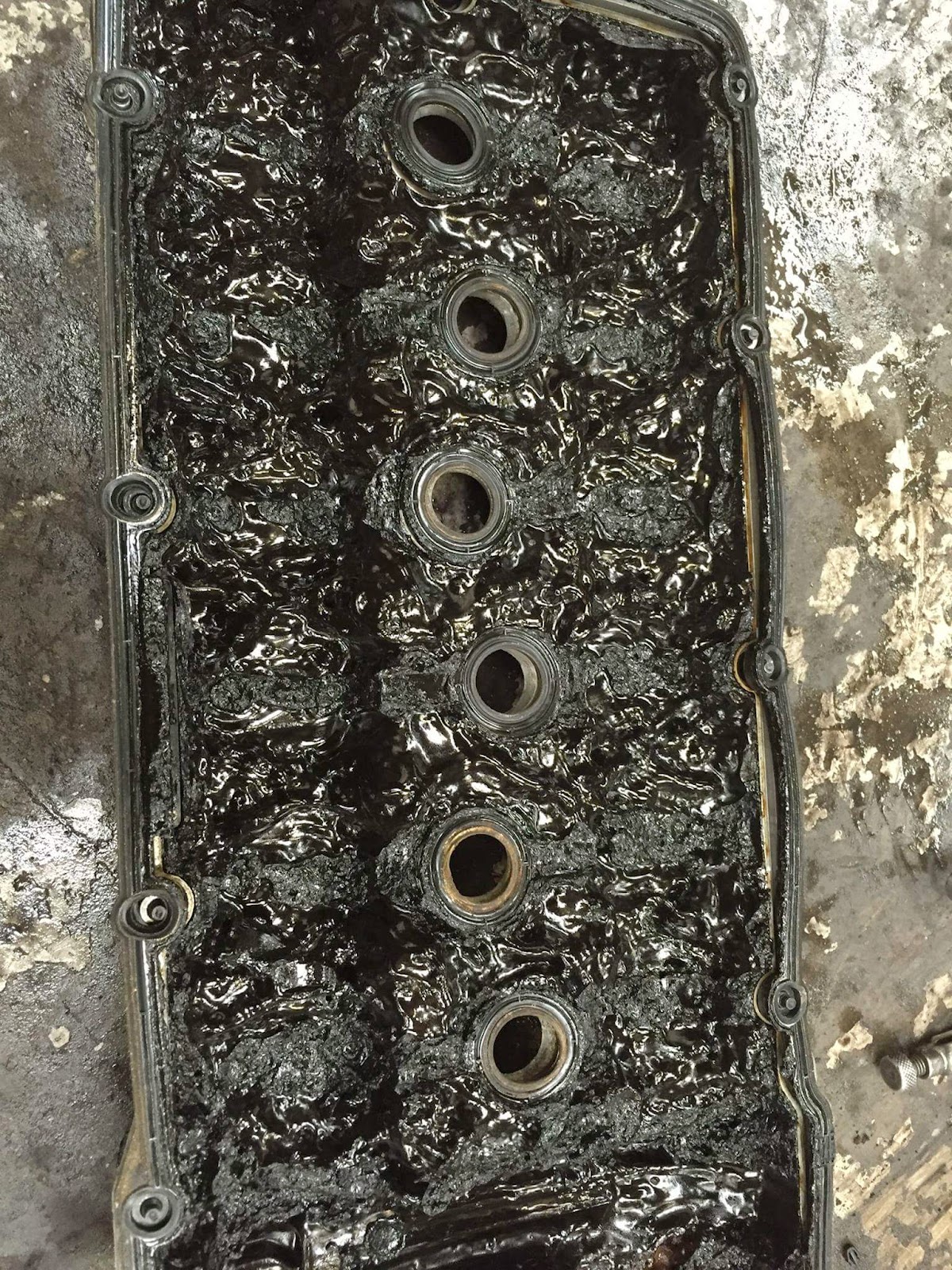 I'm not entirely sure this clarifies what I've done but this is definitely the sort of gunk I was trying to create. 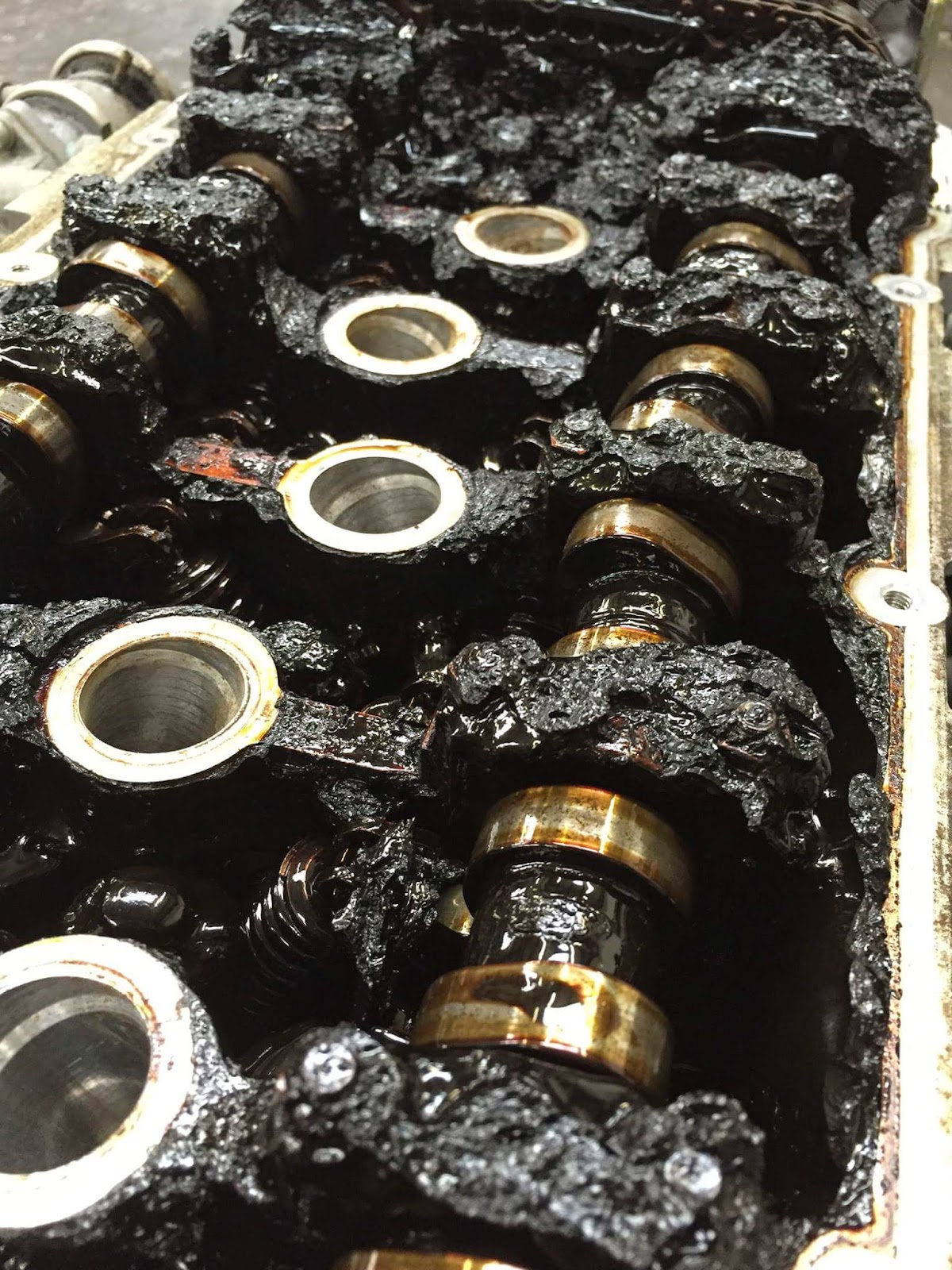 I think even my ratty Nissan Micra has a better engine than this! 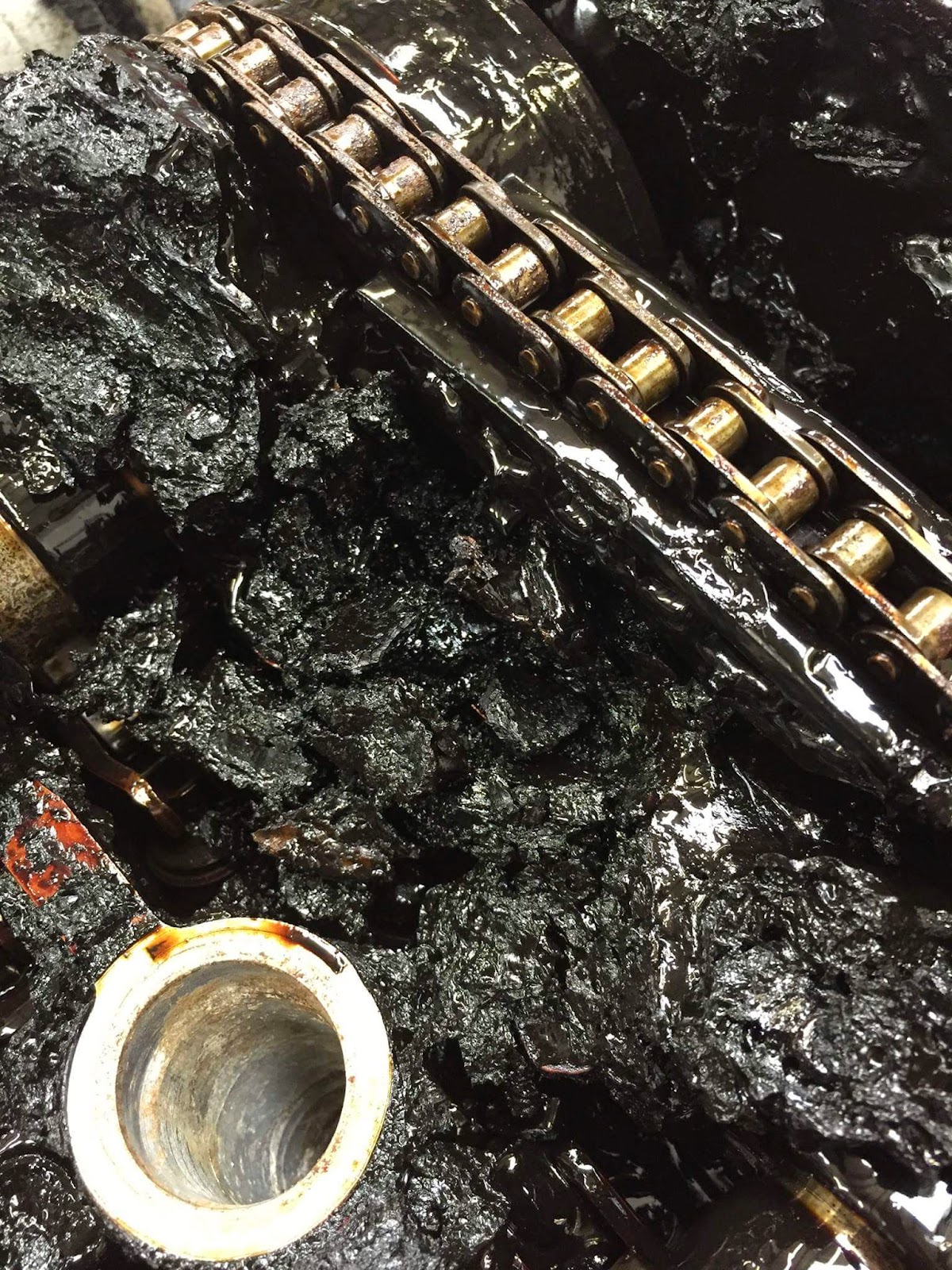