Although the blog may not show it at the moment I am pottering on with my painting, in particular my second Dakkafex. This is the Beast of Phodia actually, just I haven't painted up his load out just yet. 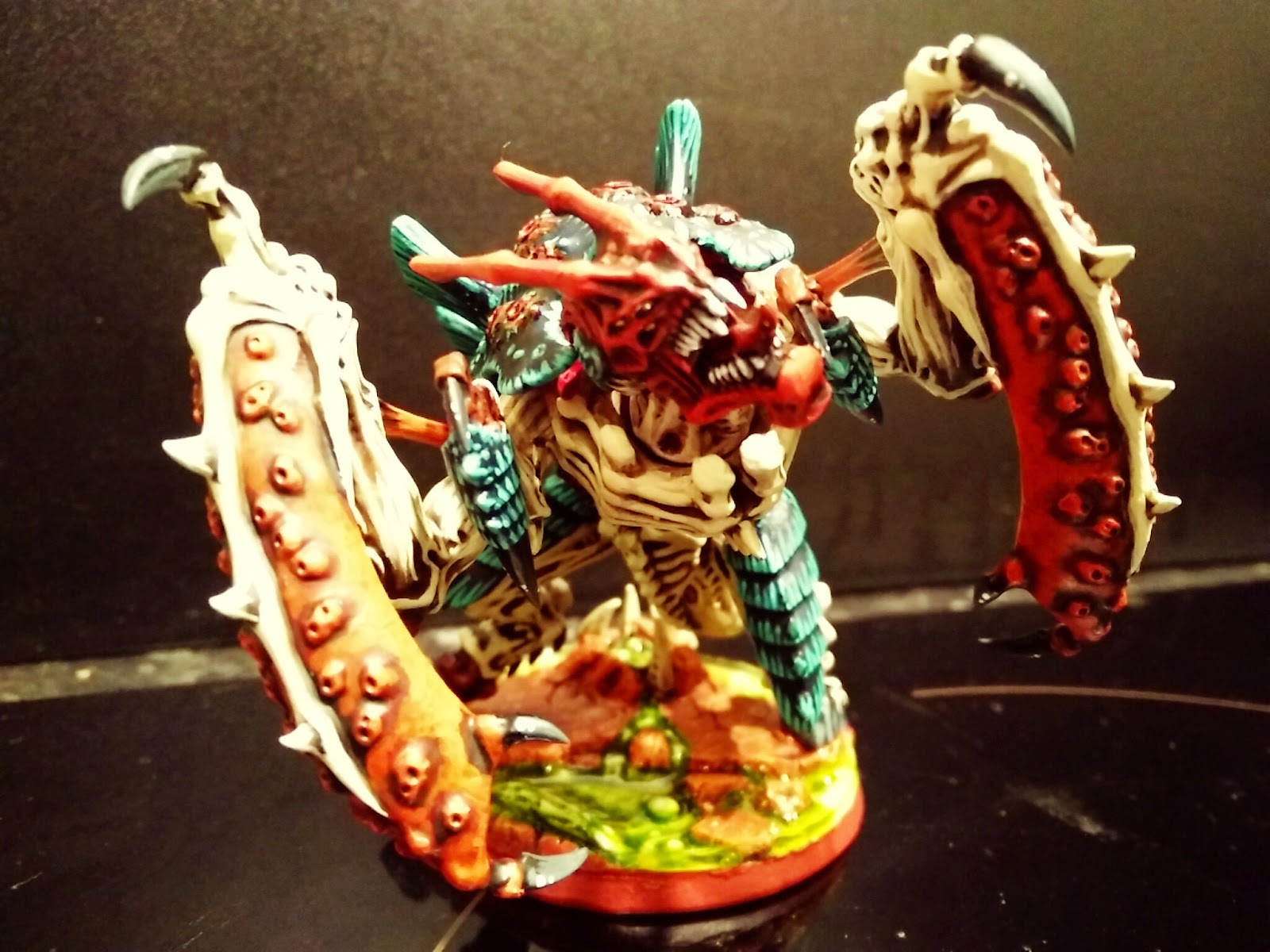 I have of course used a lot more red, I actually like a little more variety in the colour schemes, these are [un]natural creatures afterall, and this one needs to be very angry, with it's enhanced senses making it enraged by the extra stimulus. On the plus side it does tie in a lot with the Tamiya Clear Red X-27. So he is done, the base is done but his weapons still need to be varnished and then I can get my tick. 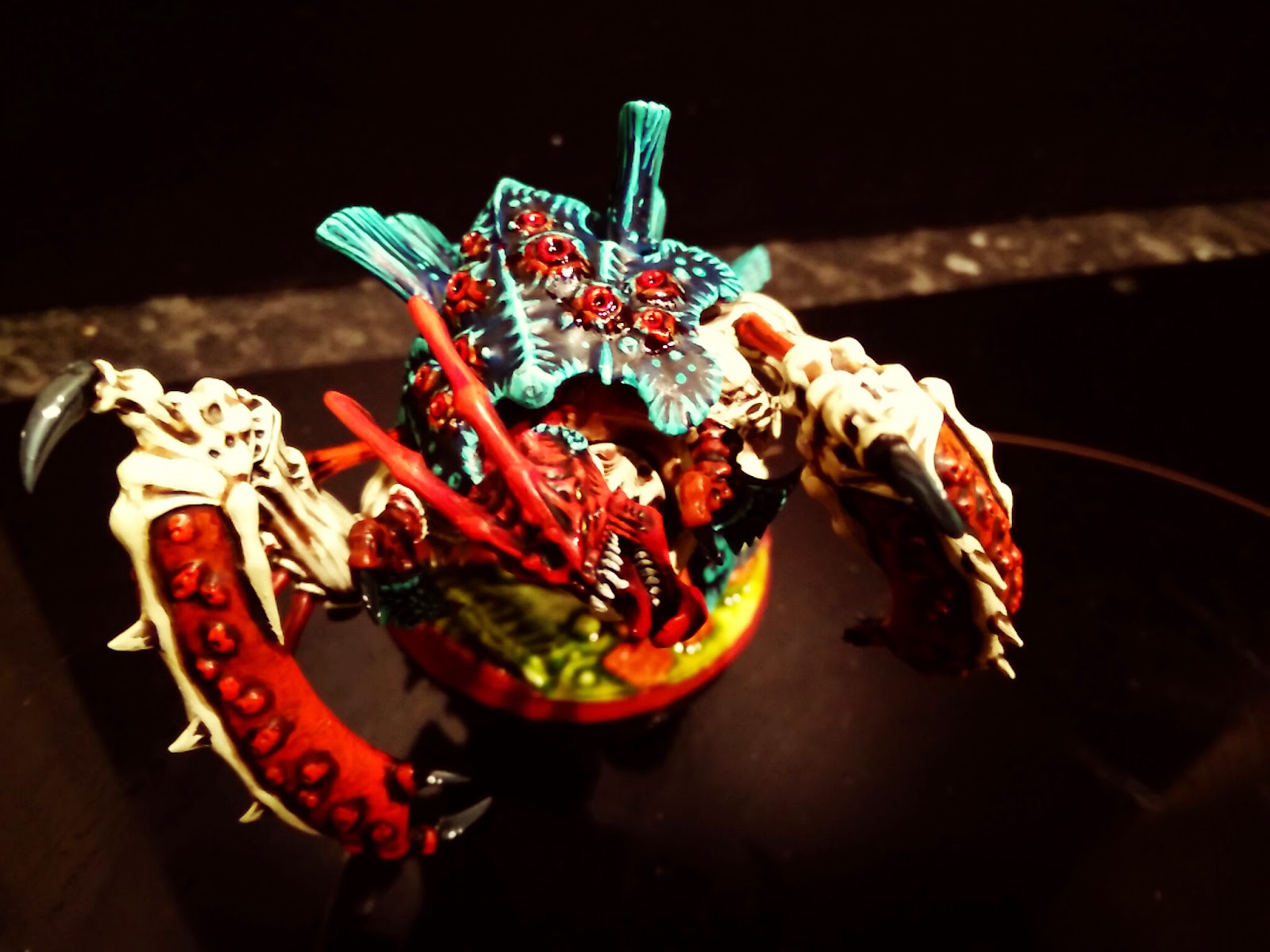 Meanwhile the ebay Carnifex I won before I even got chance to get Deathstorm has been rebuilt. I had thought to have him twisting to the right but managed to get a really impressive twist to the left that looks really aggressive. I've also got another pair of Fleshborer Hives to add on, these are in a much more arms out 'come at me bro' pose. 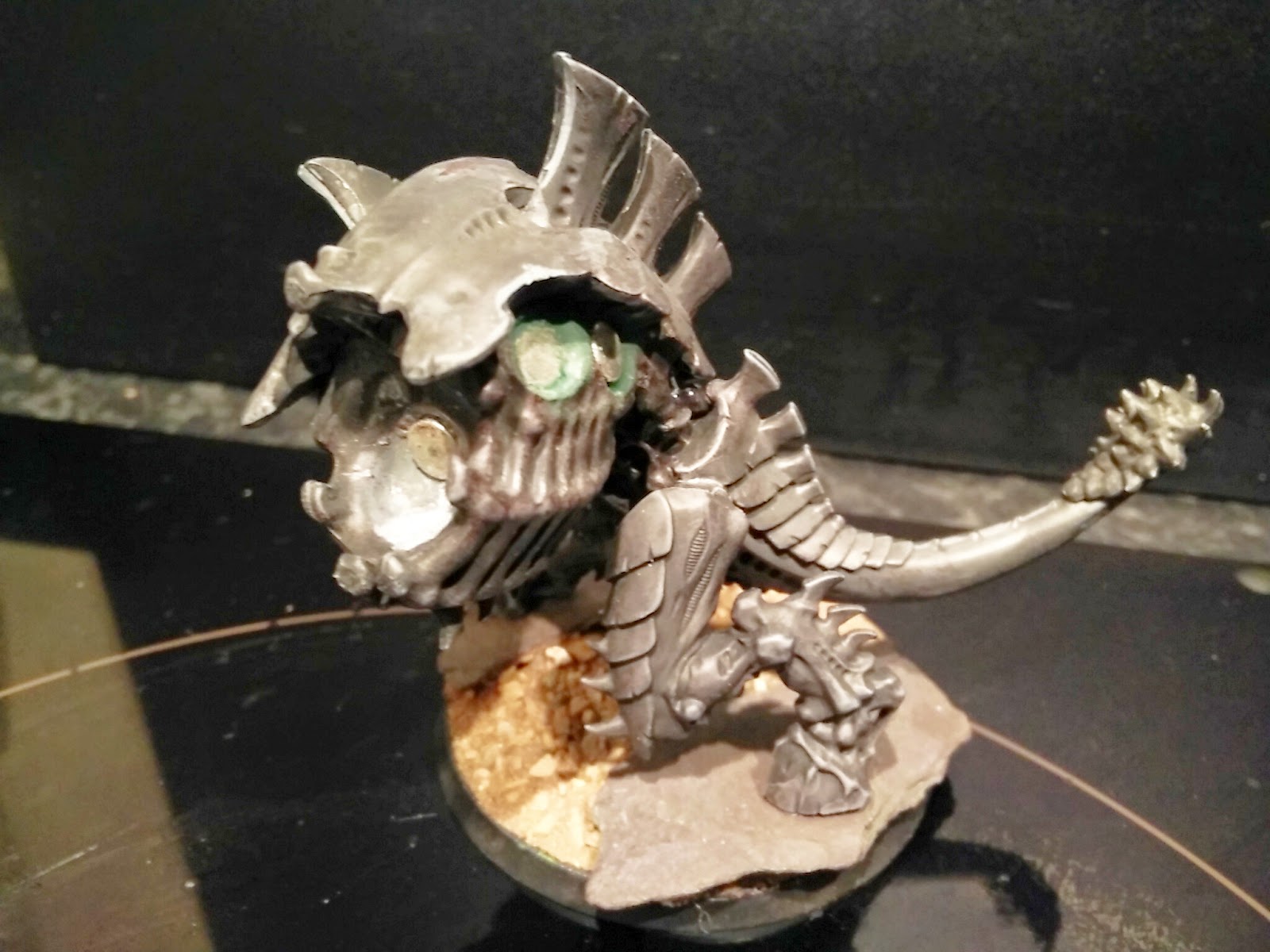 The three Fleshborer Hive Carnifices look great as a brood, there over-sized weapons make them look even more imposing. I know they can be perceived as too big but given how these weapons are THE most useful tool in our arsenal at the moment why shouldn't they be impressive? Not to mention that given how everything is getting bigger the once iconic 'biggest model' that GW produced is now just a little wee baby compared to Tervigon's and Toxicrenes [although really that's it's tentacle-span that makes it look big]. I can't wait to run the three of them with a Warrior Prime 'herdmaster' 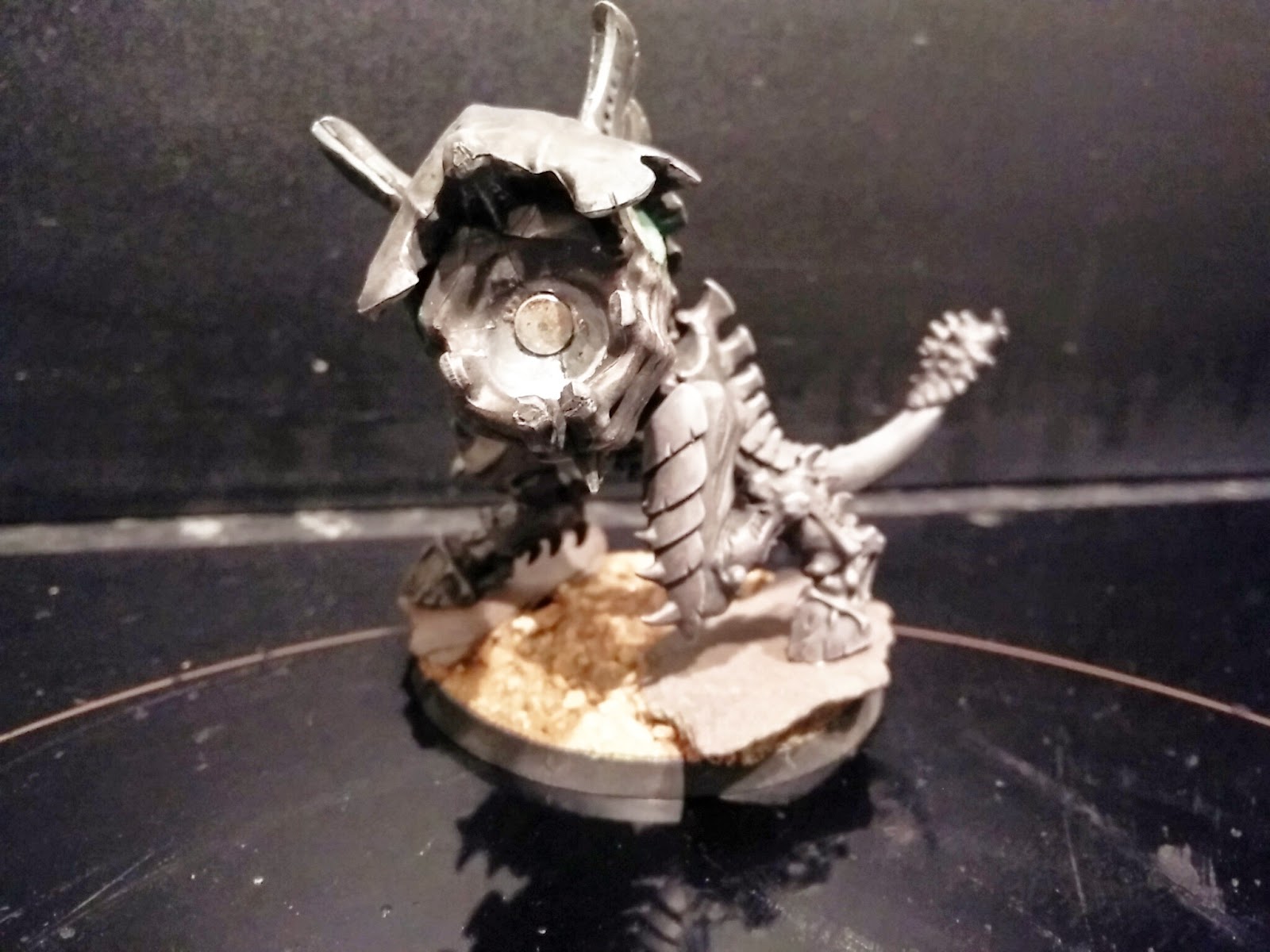 I'll probably just undercoat this fella and get back to some Deathwing, maybe finish off the Malanthrope alongside everything else. His weapons are up to first highlight stage and I've about five more heads that are nearly complete so that I can just magnetise it however I feel at the time.