I'm in the midst of trying to prepare battle reports from my three Dave's 40k @ 40 bash so bare with me as I just throw in this update to my second dakkafex. As I've said although I'm not a huge fan of the enhanced sense head this one fits quite well but I can always remove it thanks to the joy of magnets. 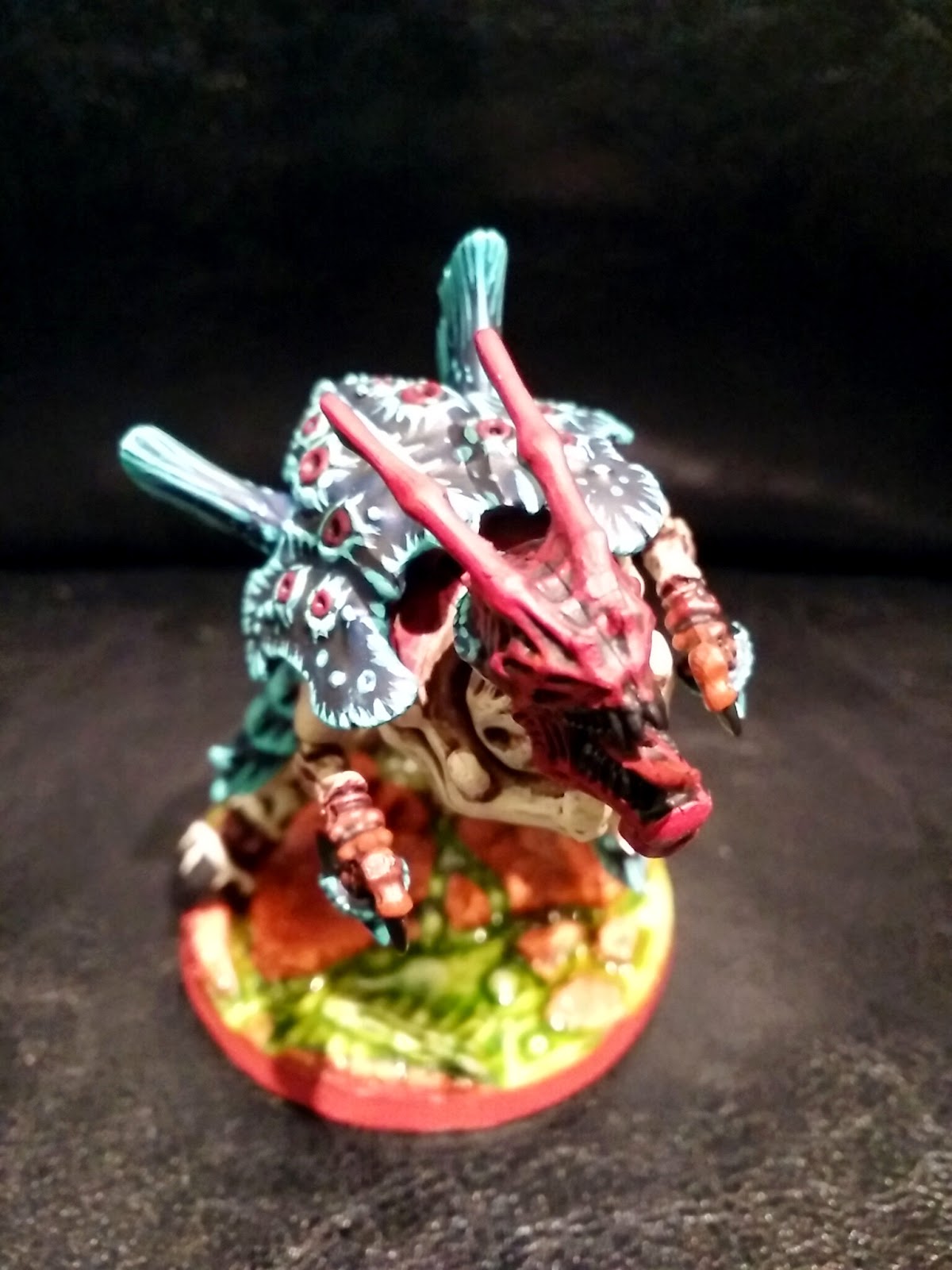 As you can see I 'popped' his base. It's not too bad really, despite the varnish 'bowing' from the edges. Luckily because there is an edge it does give the illusion of depth even if there isn't much. 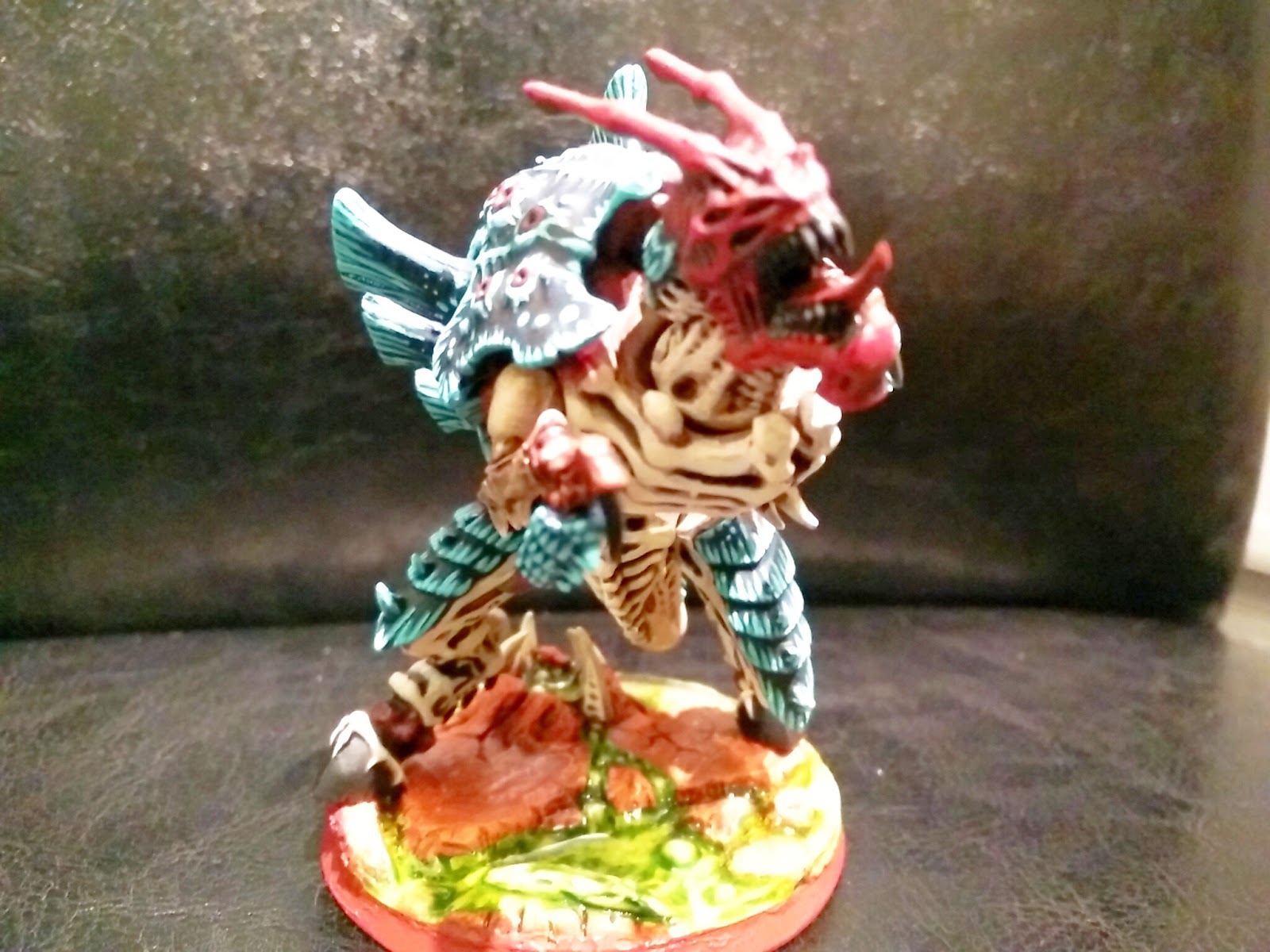 He's got the little T-rex like Mawloc claws. I'm not sure what I'm going to do with my third dakkafex as all the Mawloc claws are gone now. I was actually thinking some Harpy or Crone weapon arms - the ones that feed into the guns might work. Alternatively I could mess around with some Stranglethorn Cannon feeder arms, try and swap the right to a left and heat and bend and  magnetize to the back.

Second set of highlights still to do on the Bonewhite, red and blacks and then i can stick him to the base. He's actually quite close to being finished,

I've just prepped the base for the third dakkafex too. I've glued his legs back together. He was second hand and I split him apart and now I've glued the legs back in exactly the same position they were in! Still it'll be OK. He's only going so far as undercoat and then I'll redouble my efforts on the Deathwing.

In truth I found this Carnifex quite easy to paint so I'll be quite happy to leave the third one in that state so I can then get back to my list. It won't be too hard to throw him into the mix should I make some decent progress on other stuff.