At this point the Spawn started to take priority, leaving his toxin spewing bretheren hanging around like a bad smell. There's obviously little here that hasn't been covered before, Turquoise highlights on the Chitin.

Once again the detritus on my desk, which makes just painting one miniature reasonably practical.

Second set of highlights have gone on and the first set of Bonewhite striations. You can definitely see when you 'click to enbiggen' just how clumsy my brush work can be. If I'm honest I could have tried harder on such a 'limited edition' model. But at the end of the day he's still a Broodlord and although I'm mad for Stealers at the moment that's only so far as their usefulness and in part because they're relatively cheap additions to a Tyranid force. 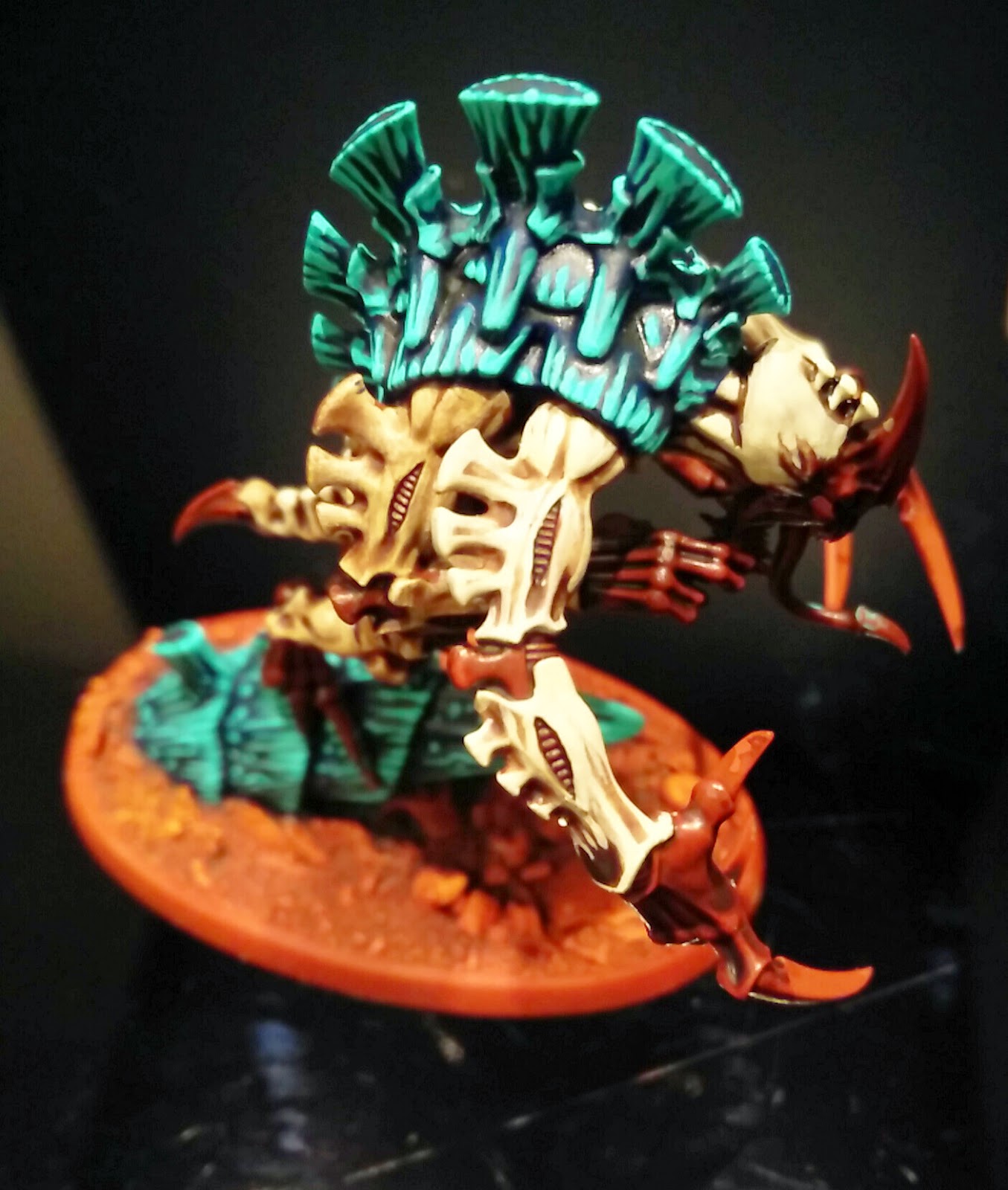 I definetely think most nid players should have 25 at least in their arsenal. If you're starting out that's a healthy addition to your army and even just a brood of 5 can be handy in a pinch. 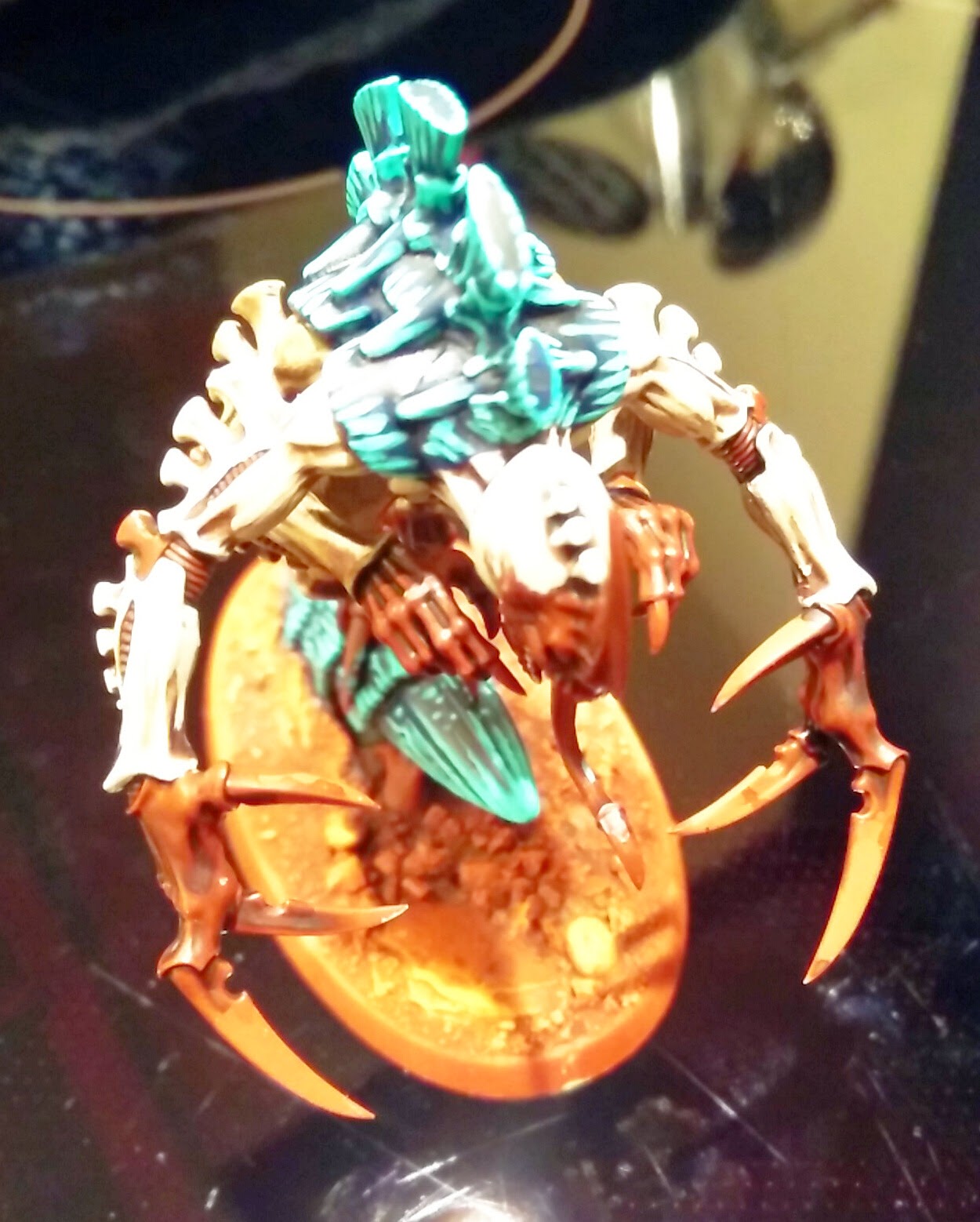 More highlights and the red fleshy bits next, have to admit the Red Oxide primer is paying dividends on this immensely 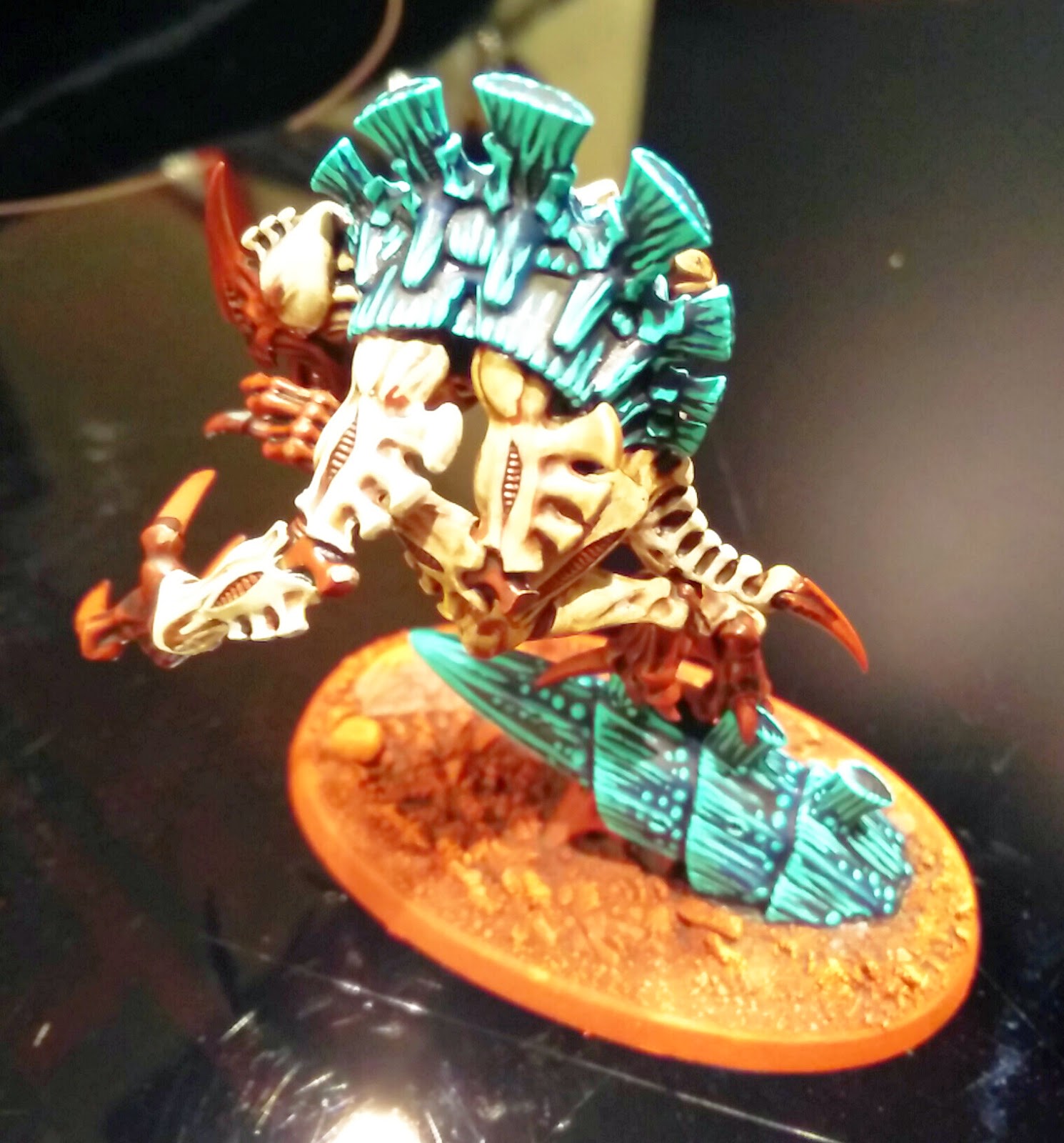