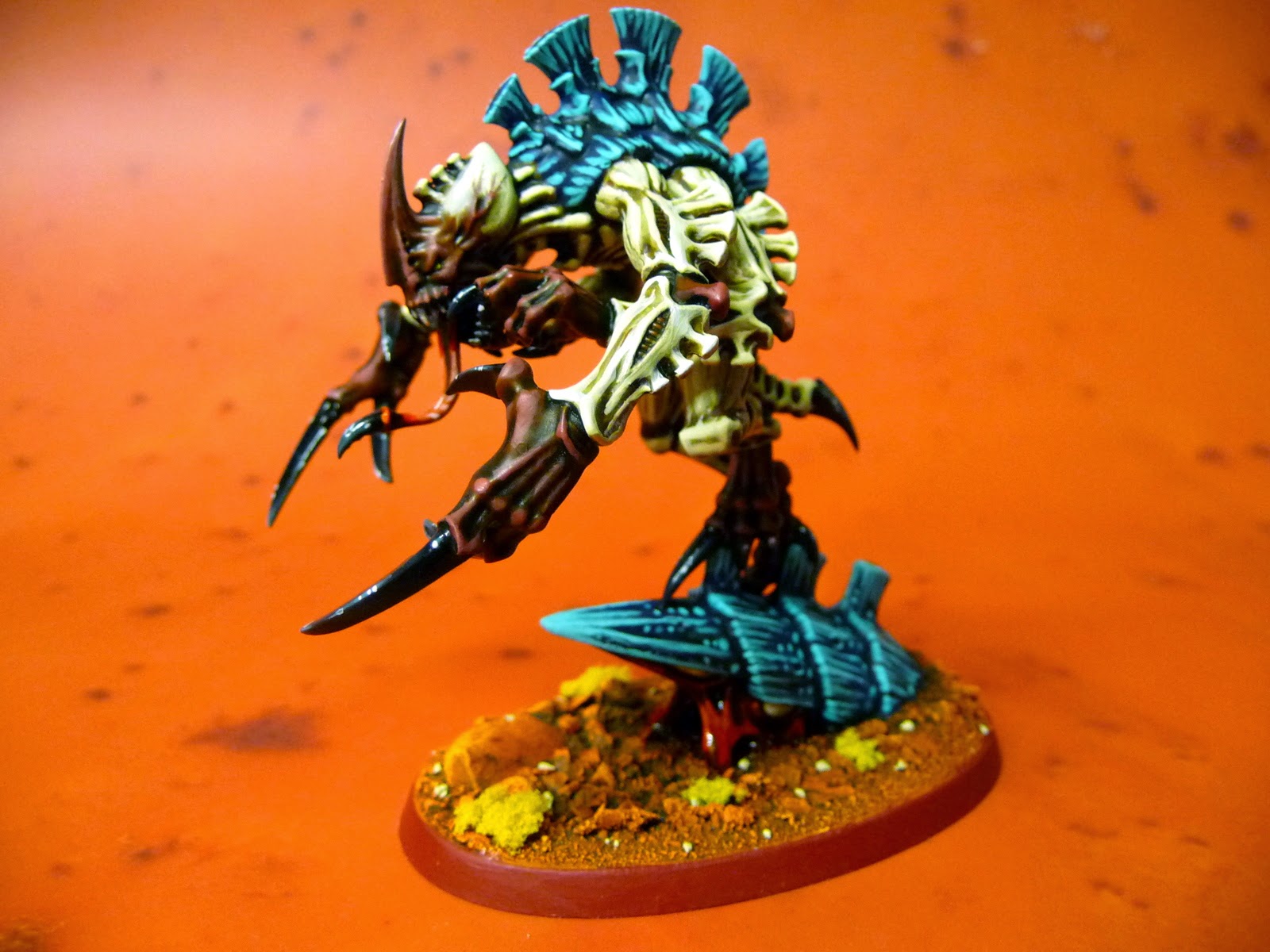 Thanks to how easy this guy is to paint I finished in a bit of a flurry because although it was fun I still couldn't get 'its just a big Genestealer' out of my head and really wanted to move on. 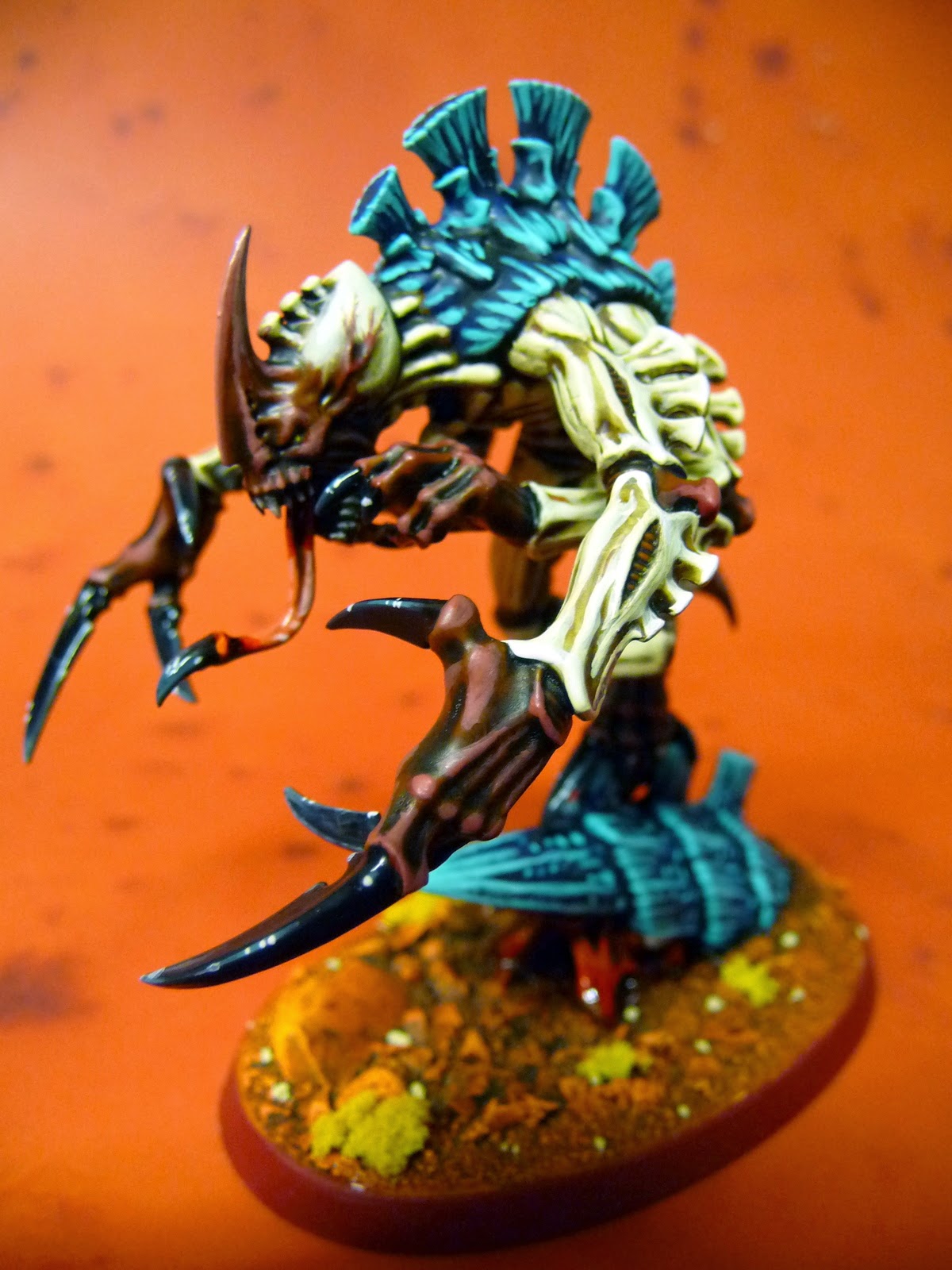 In fact I'm probably more excited for the 30 remaining stealers, which is saying a lot as I've stated I don't like painting them AND they're only supposed to done to primer level! 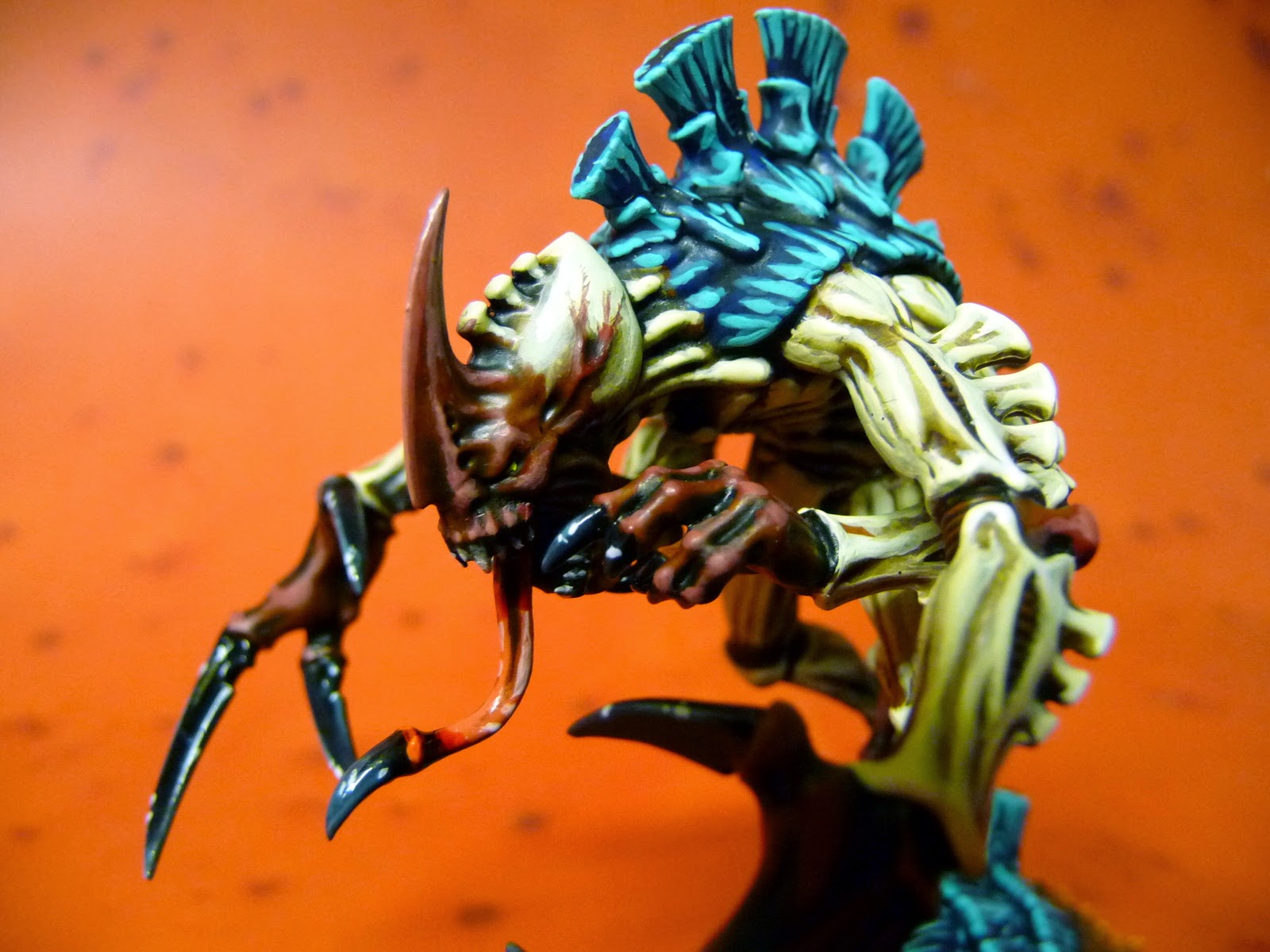 As per all my other Capillary Towers the fleshy bits are painted red, gloass varnished and then additional Tamiya Clear Red X-27 adds the gore. 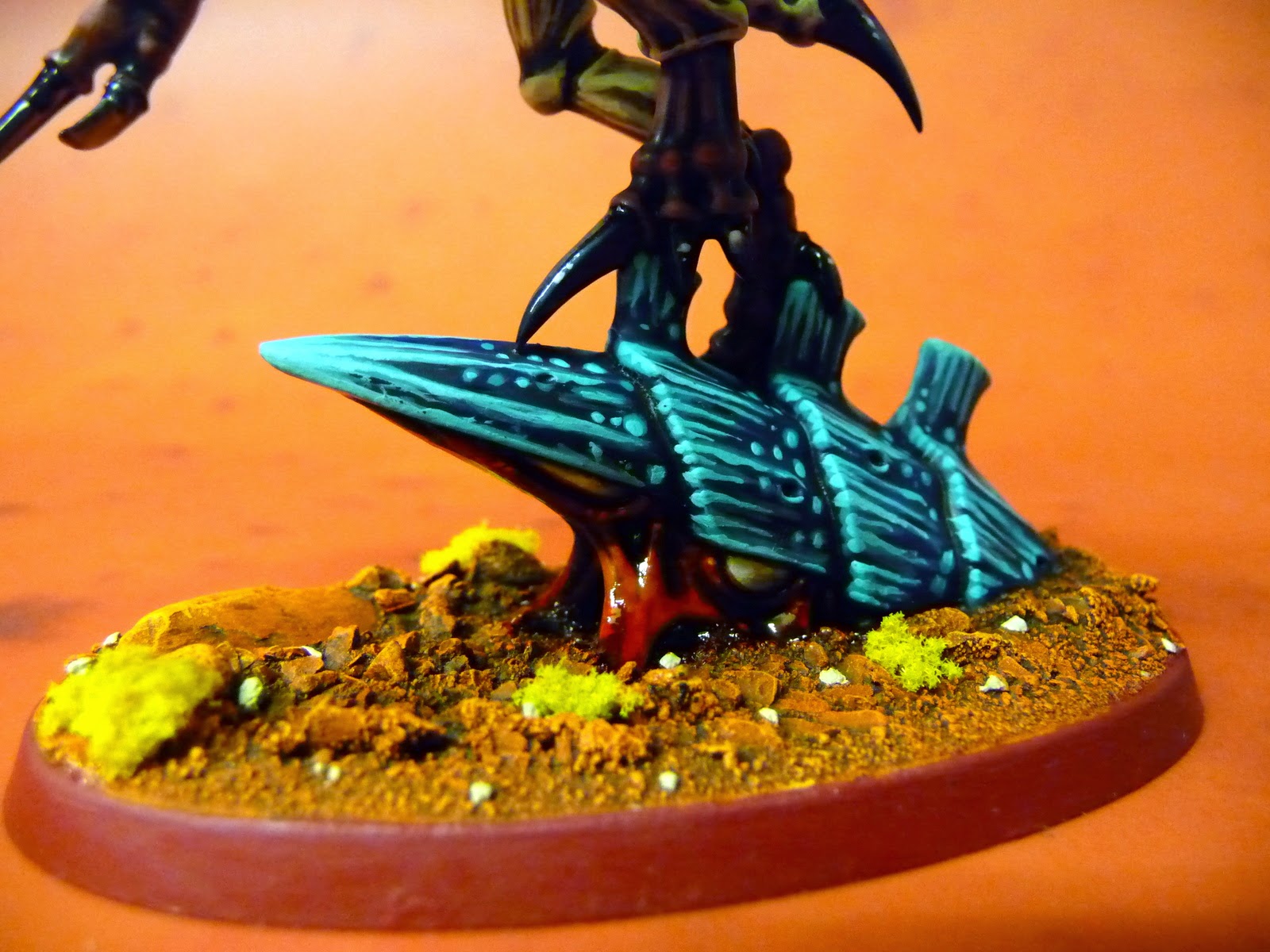 And you should have seen the size of the one that got away! 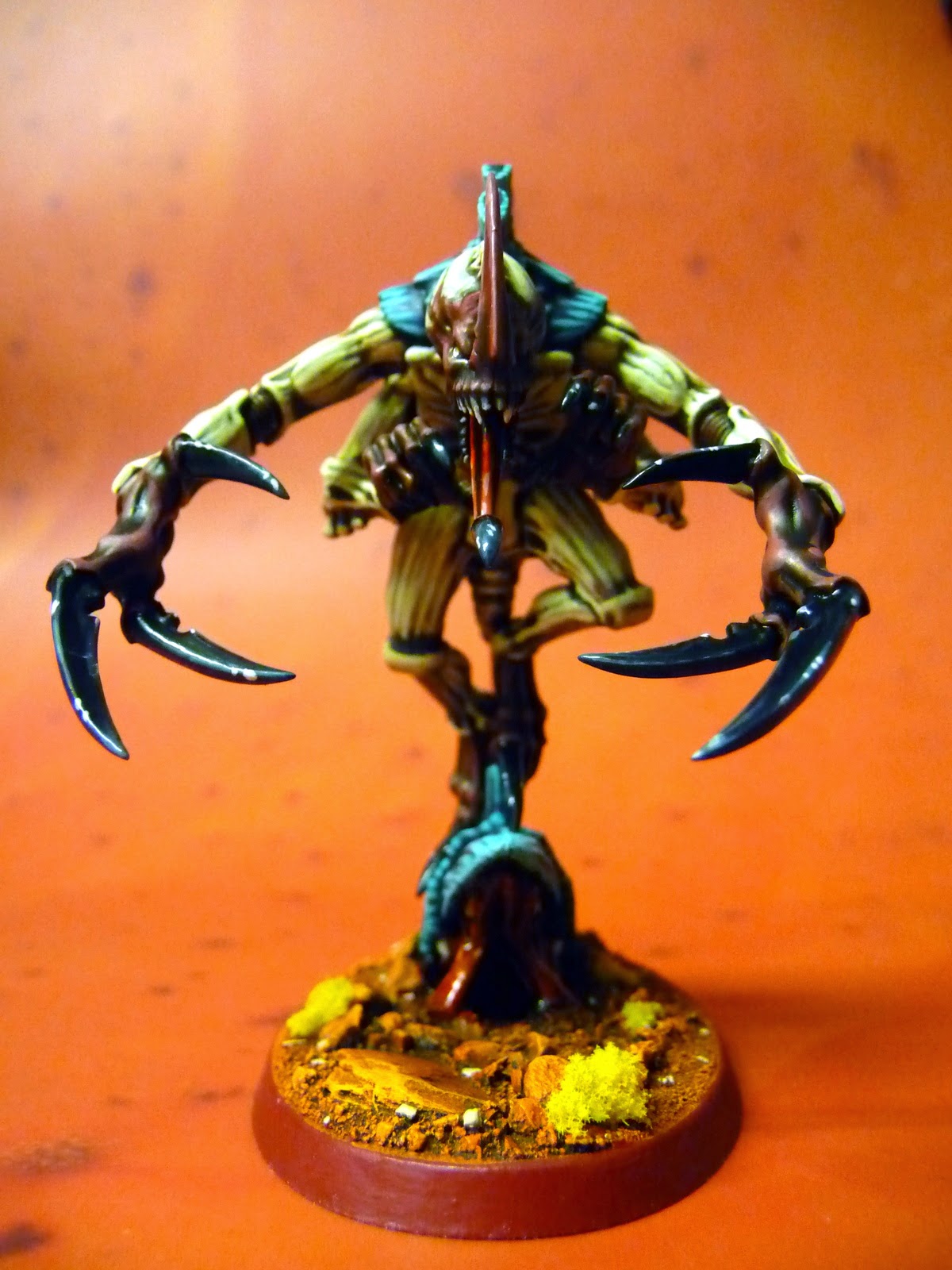 Personally I think a more vertical tower would have suited better. It would allow it to fit on a 40mm round base and made it taller too. 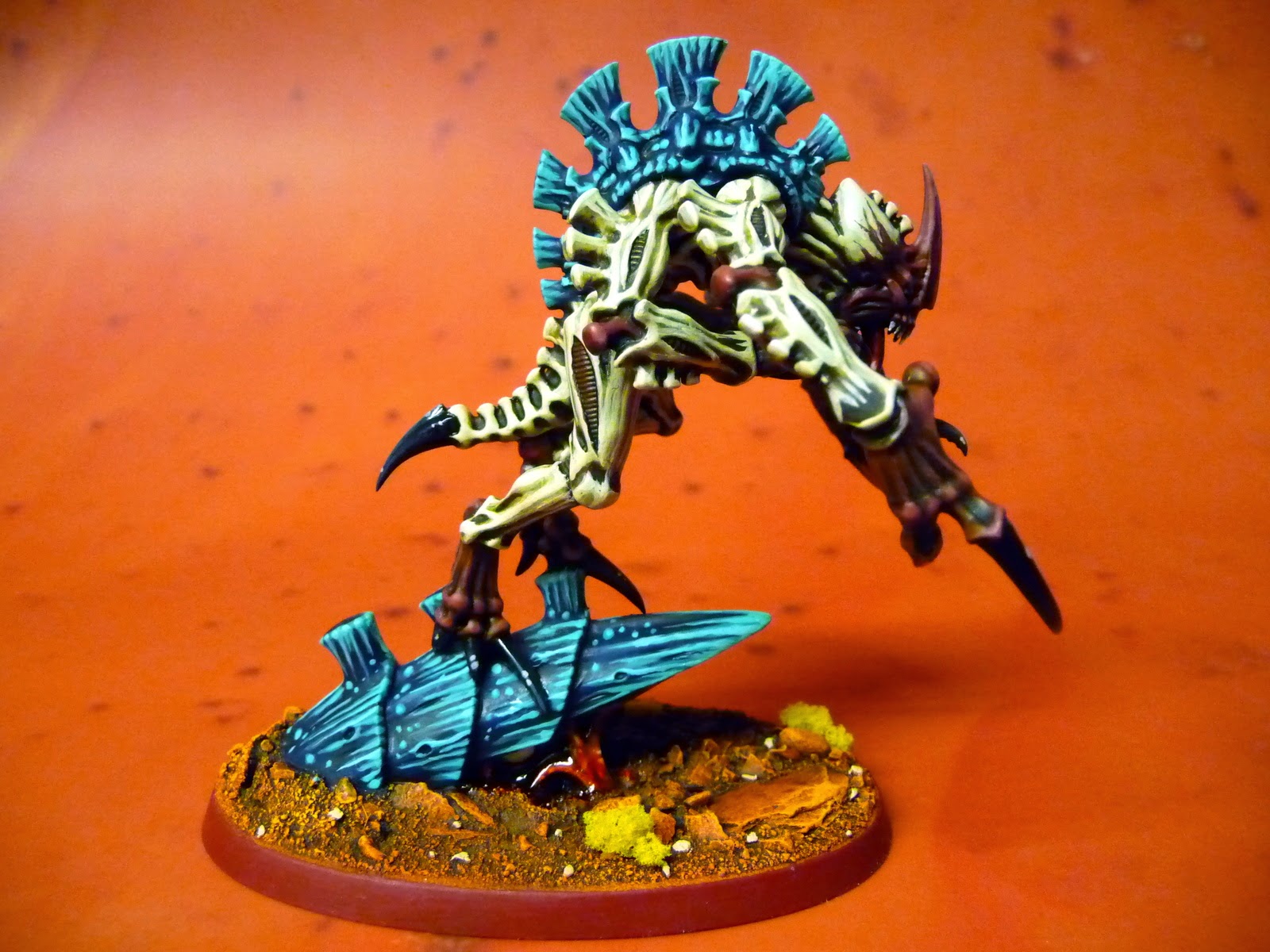 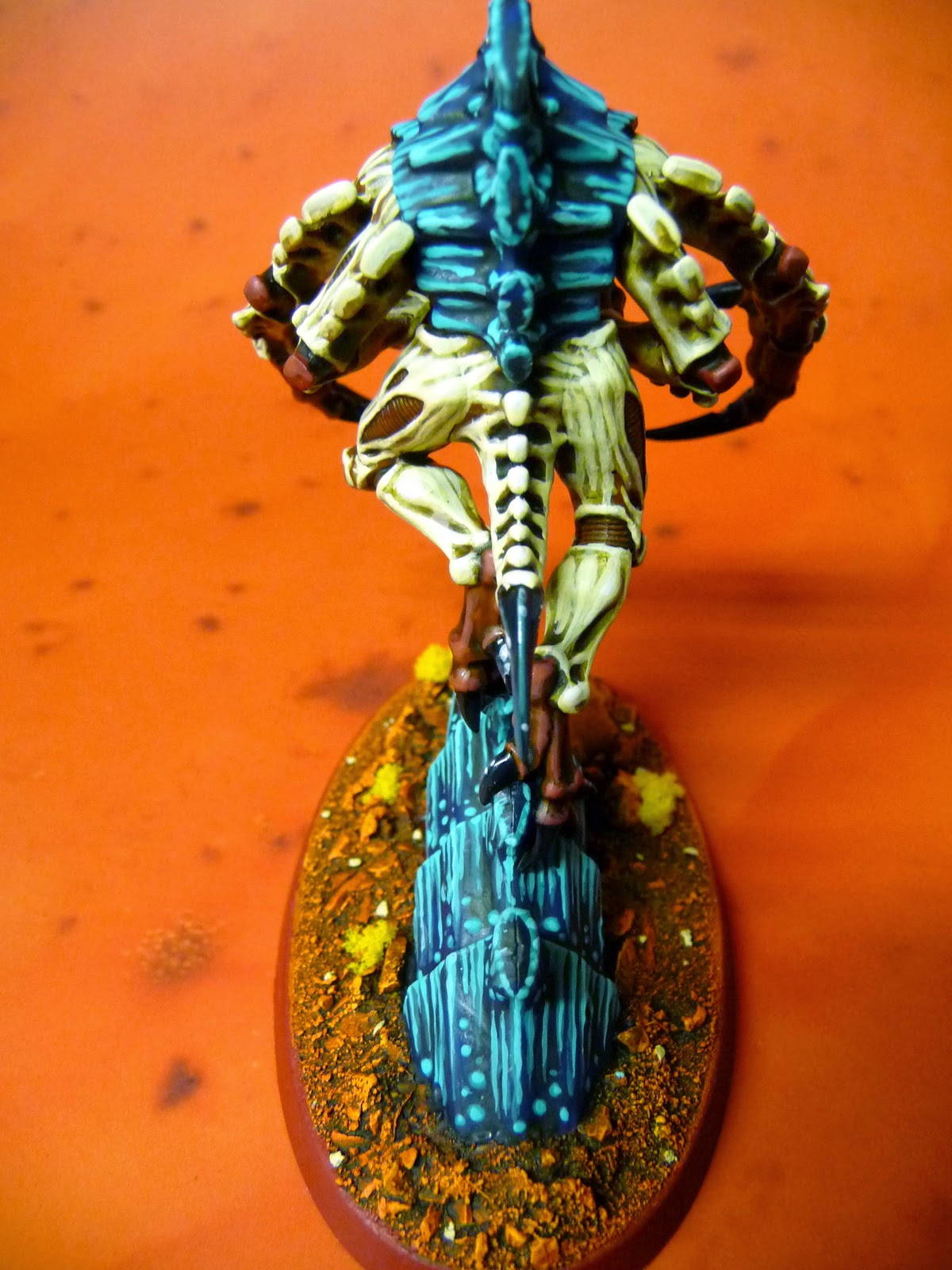 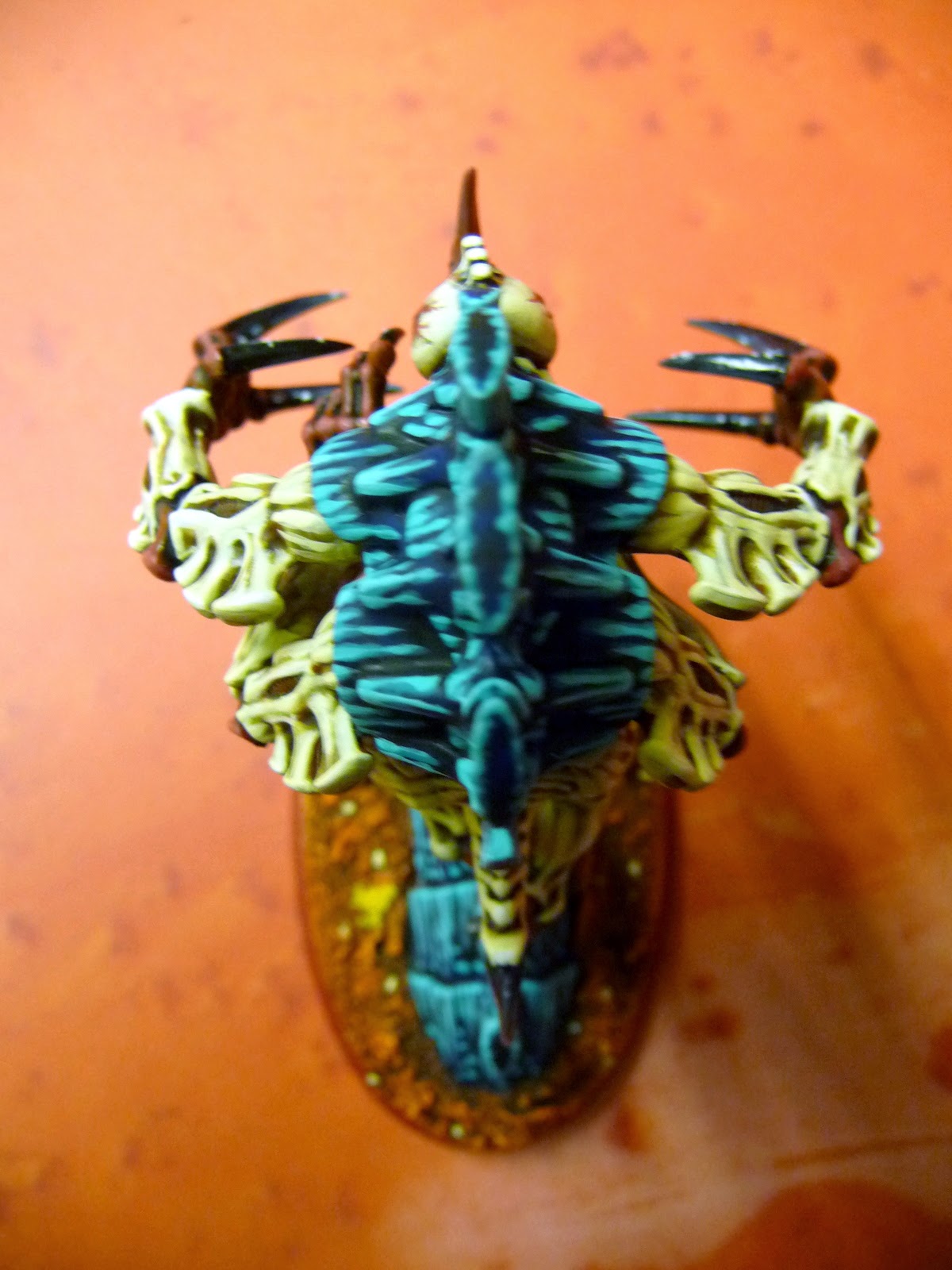 That glossy sheen really works on the fleshy bits of Capillary Tower. 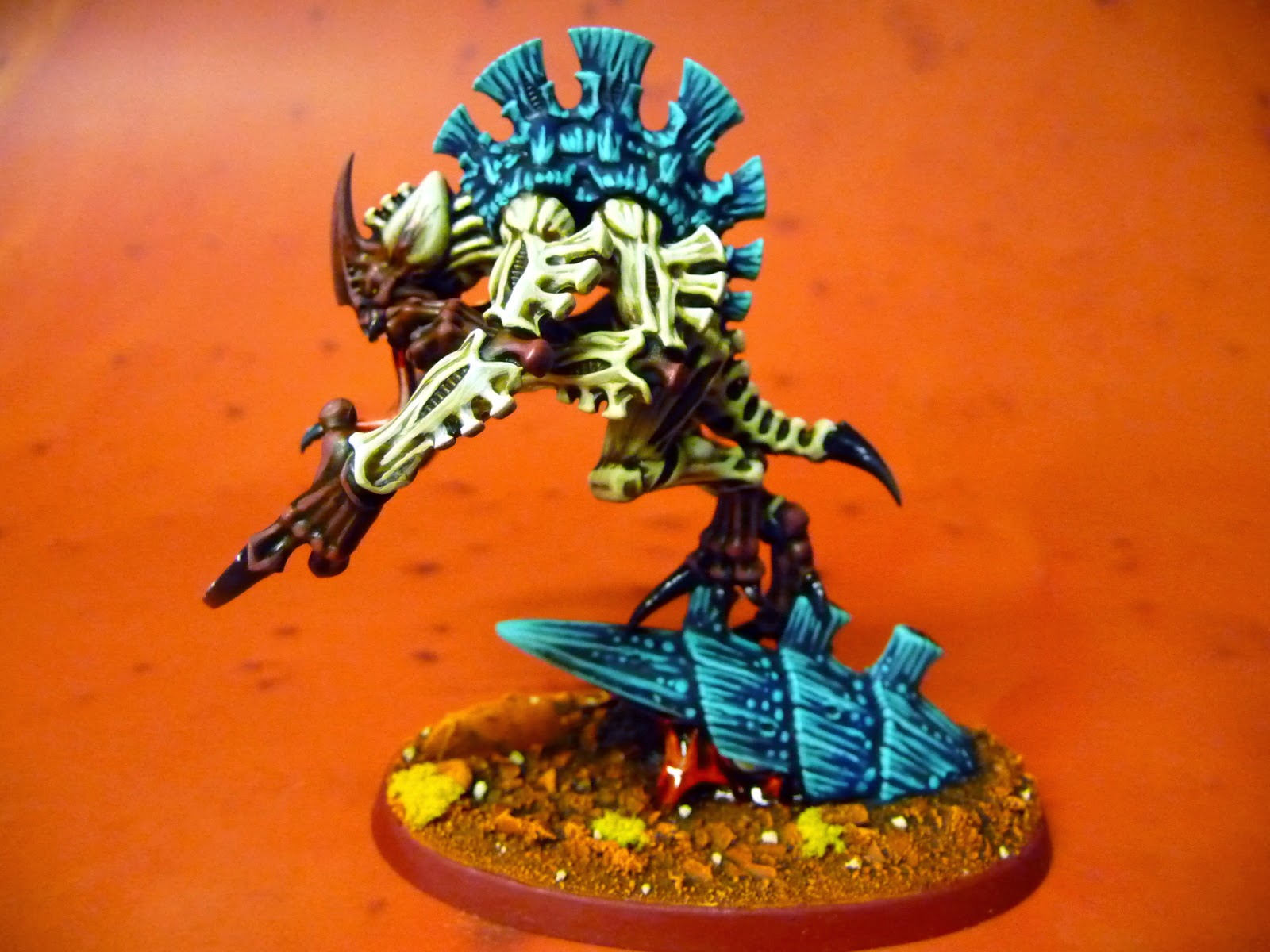 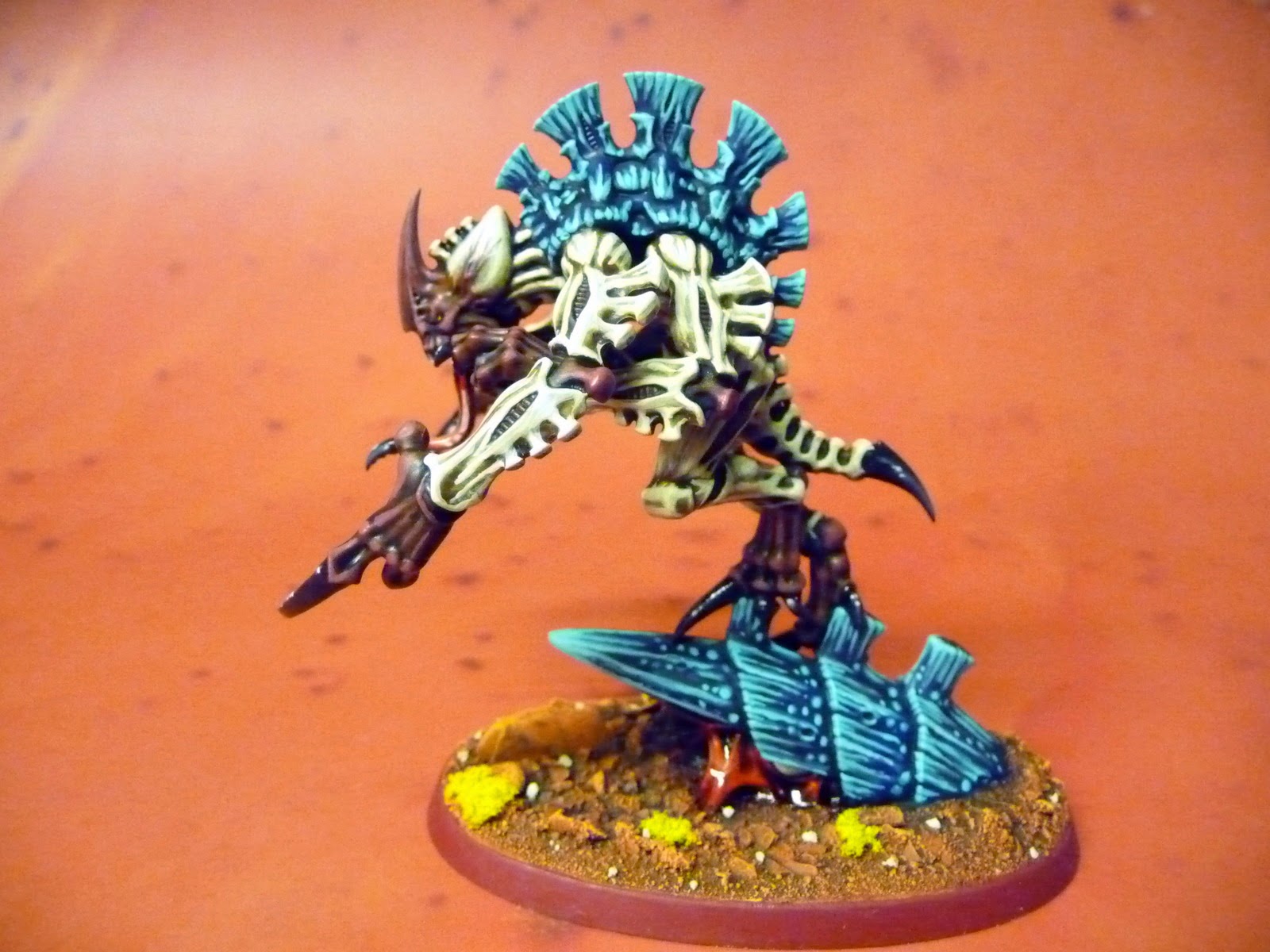 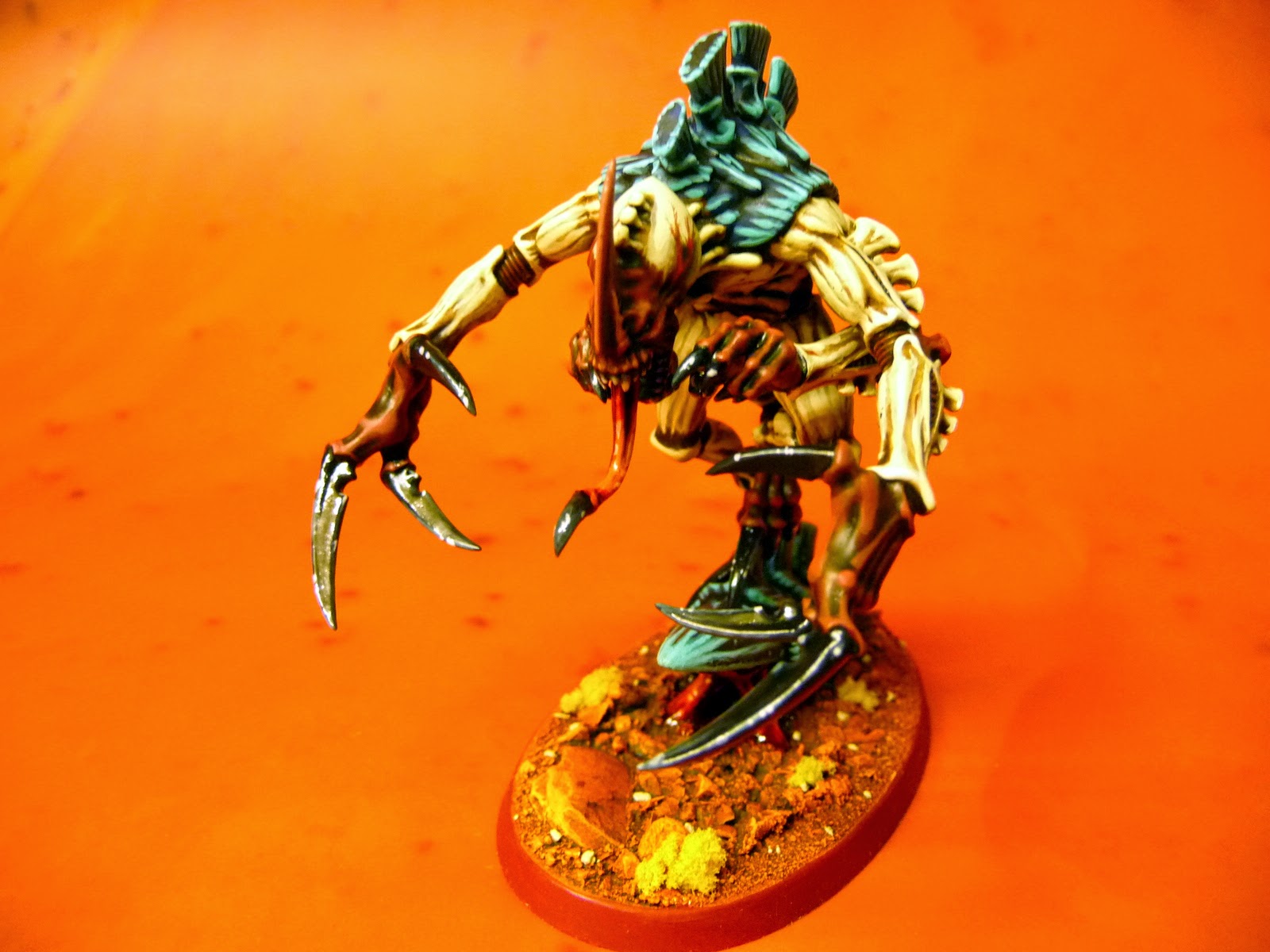 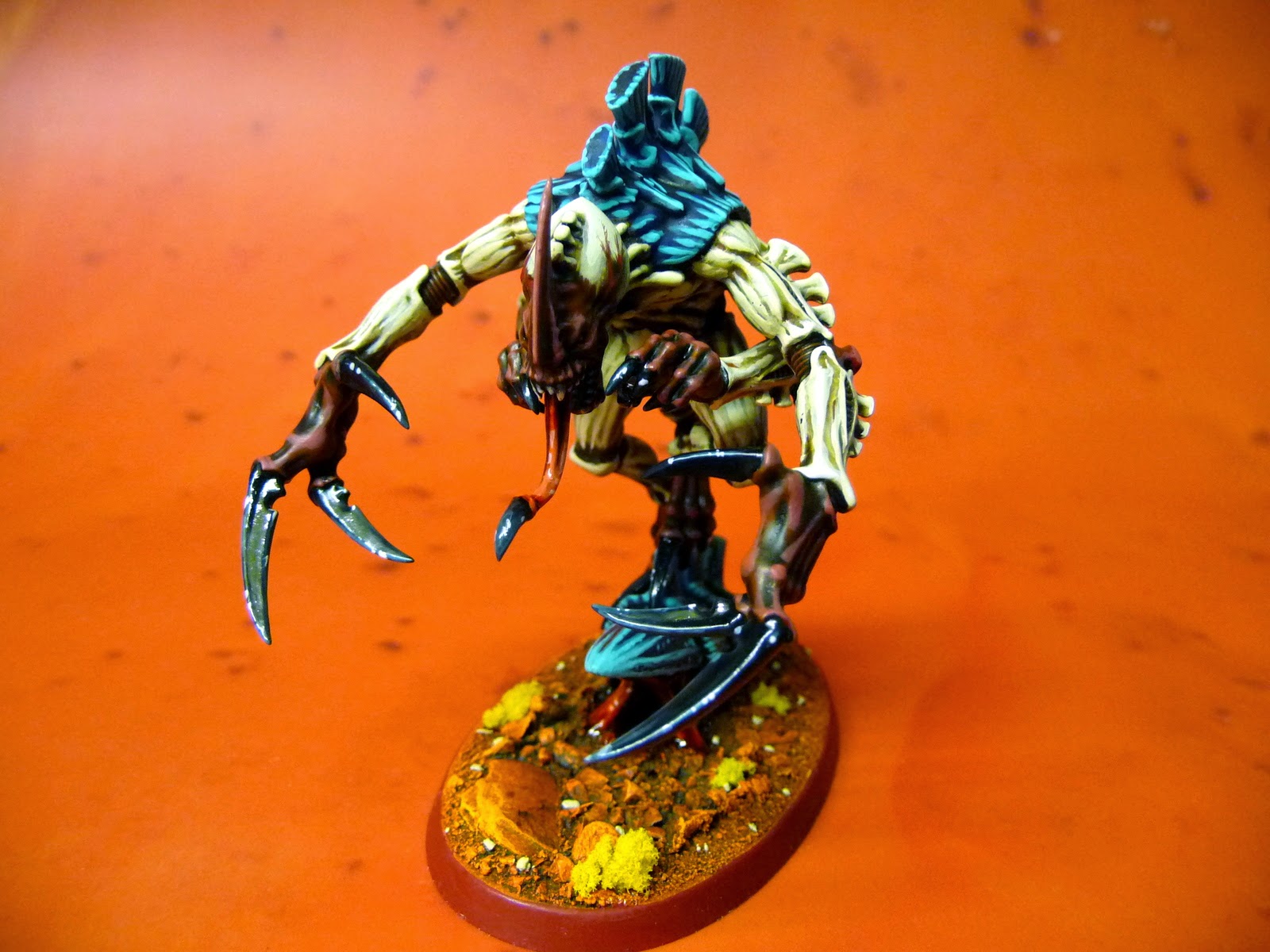 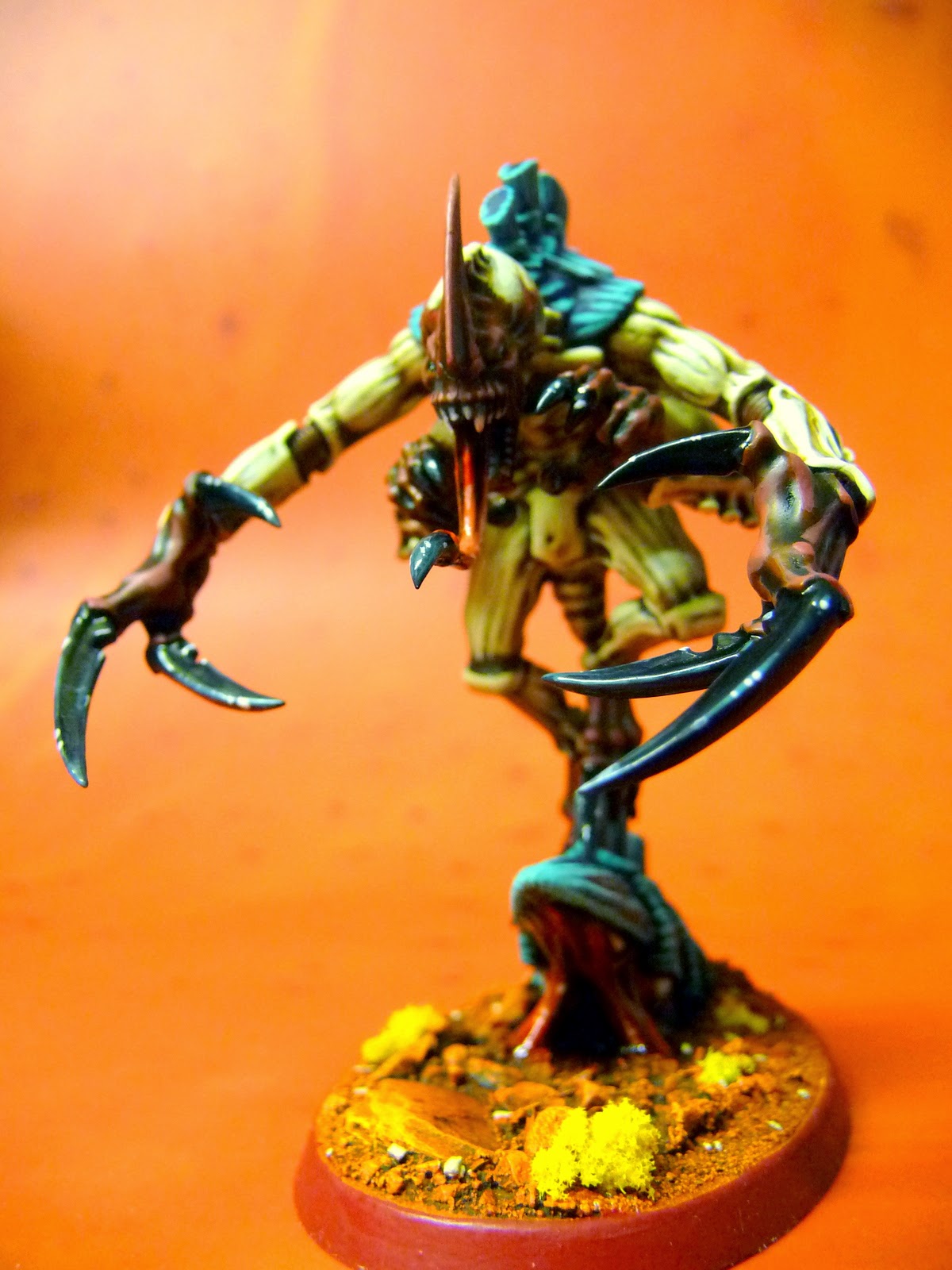 Can't say I'm a big fan of the sculpt of the face but I hope it doesn't come across as immodest when I say I did a good job of it. I'm certaainly happier with it than I thought the sculpt would produce [althought the highlight on the crest is a bit iffy, though I do see it as a skin stretched across a bony protruberance]. 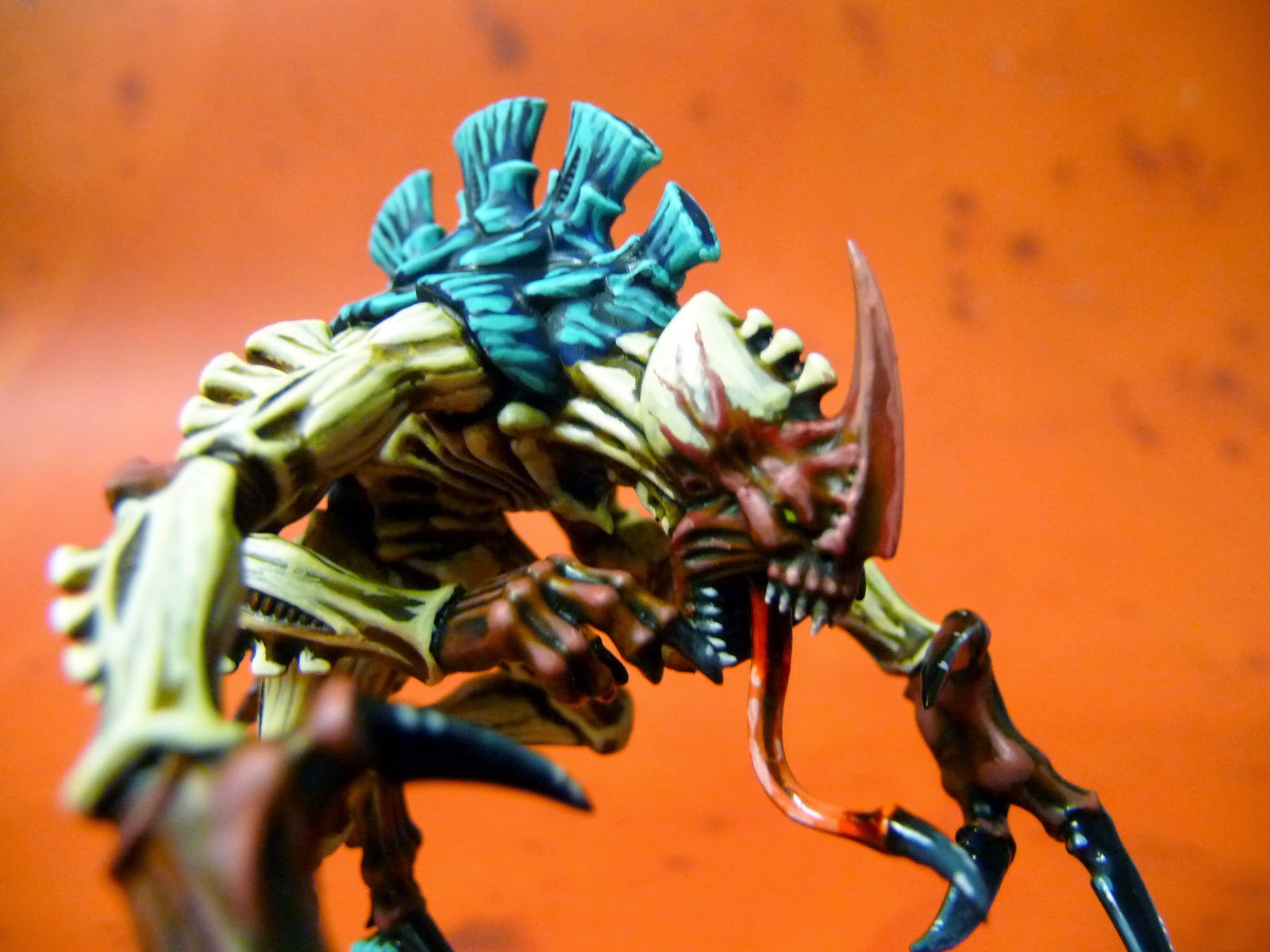 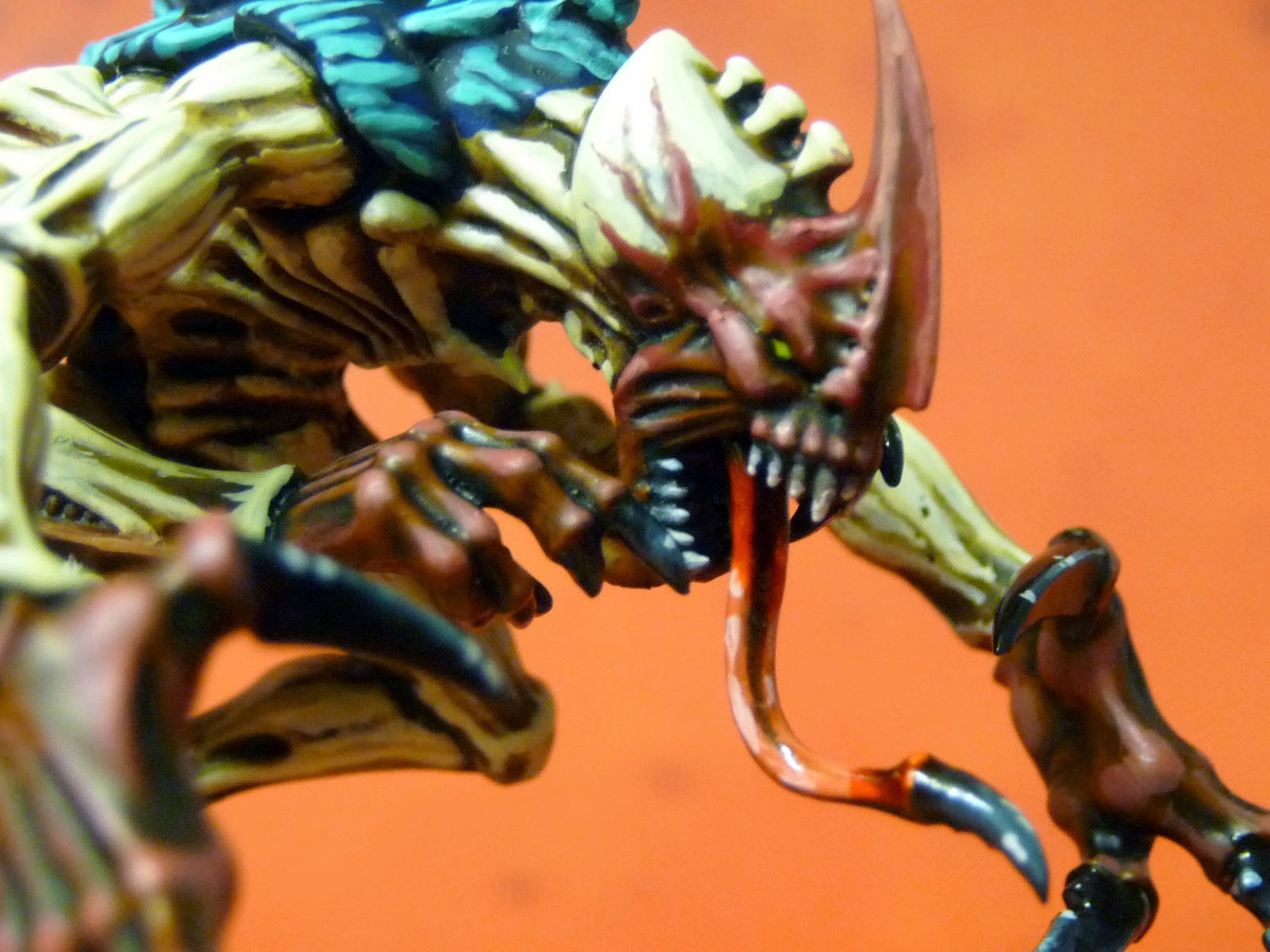 And some close-ups of the base, in case you're interested. 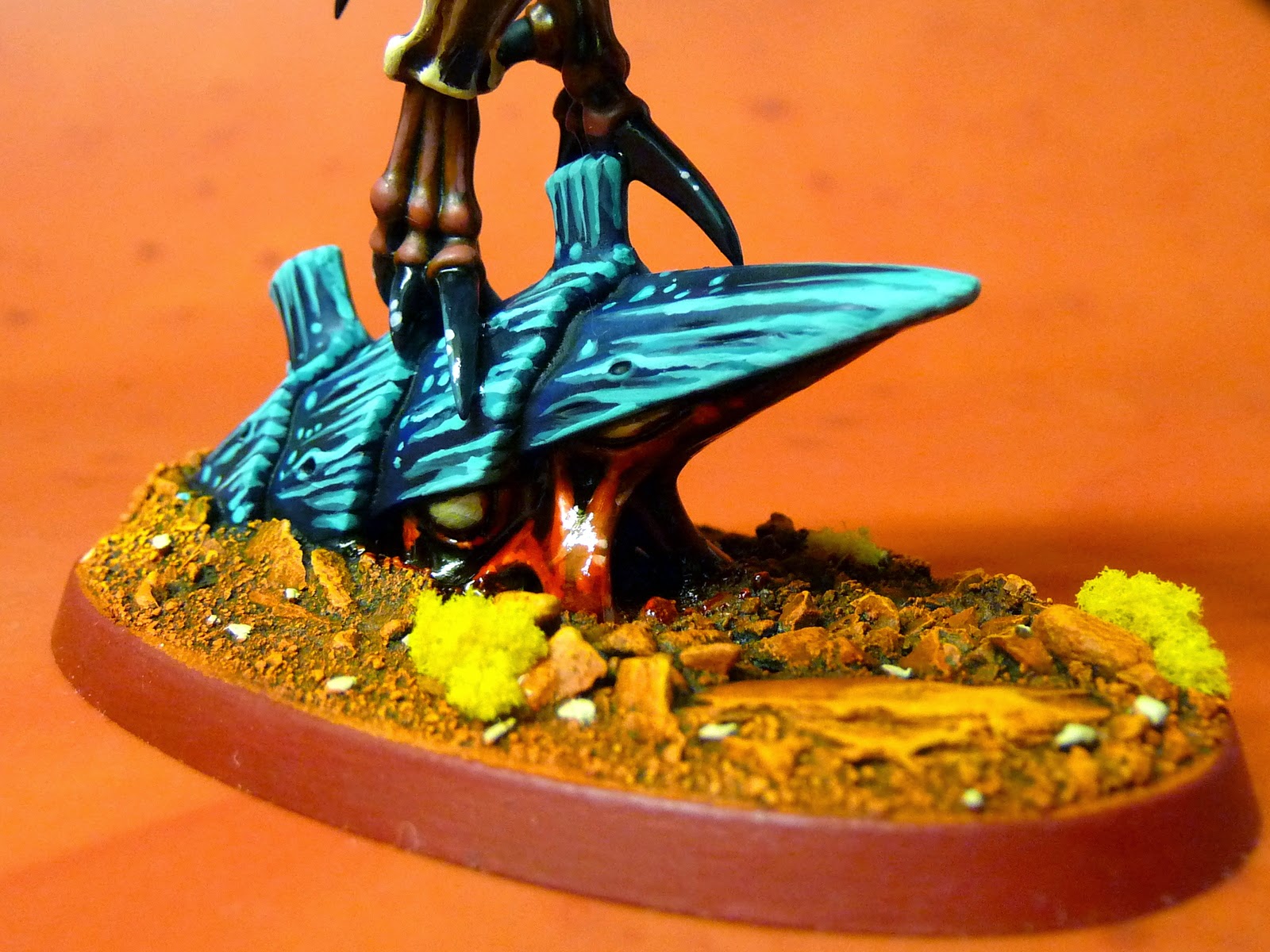 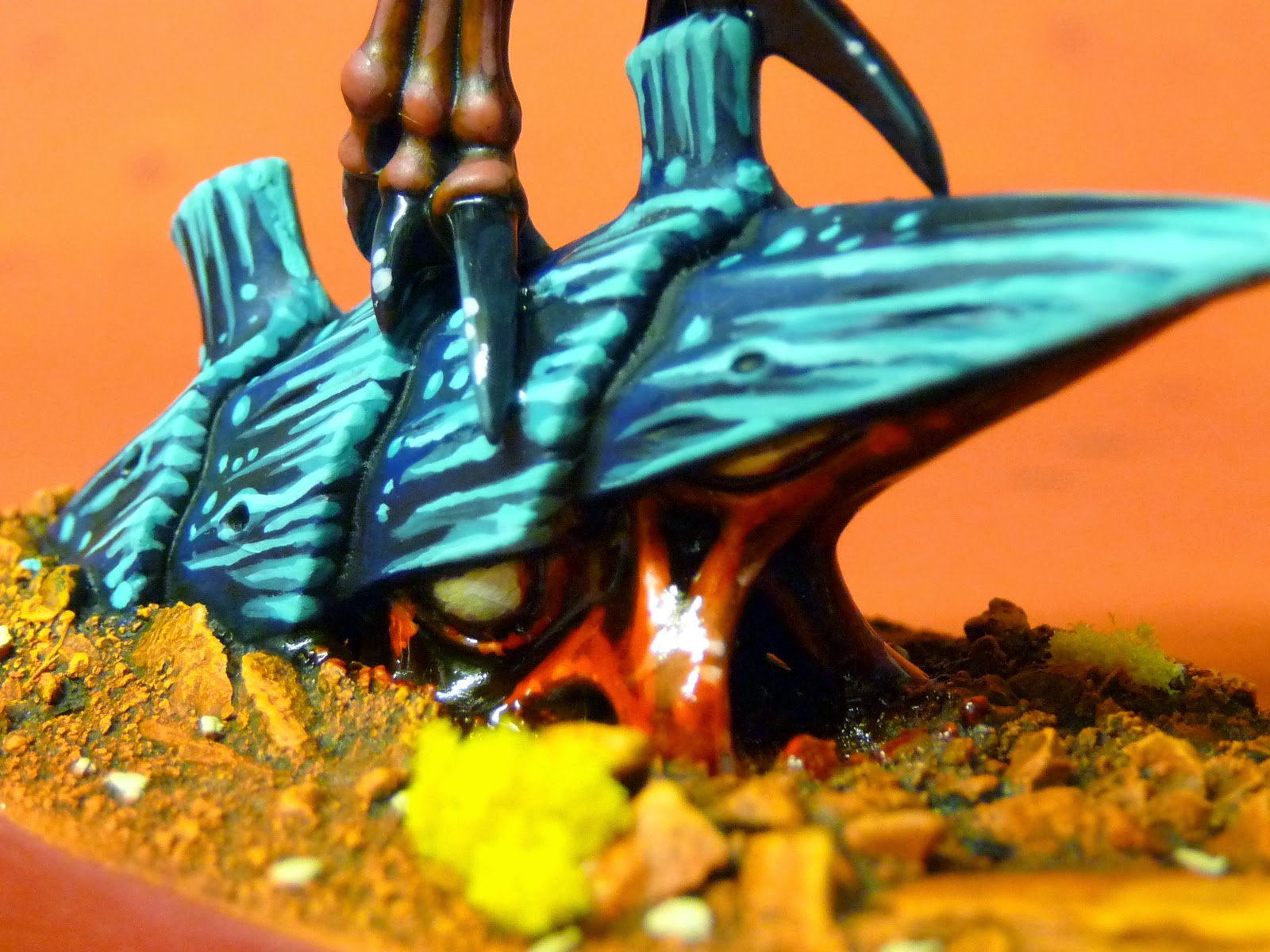 And here's the Red Stamp of Approval, now to get something done from the actual list!