Christmas resin - moar your base are belong to us

I'm starting to regret that double post on the Genestealers now as my content starts to dry up, still that won't stop me throwing all these Carnifex base updates at you in one bumper crop! 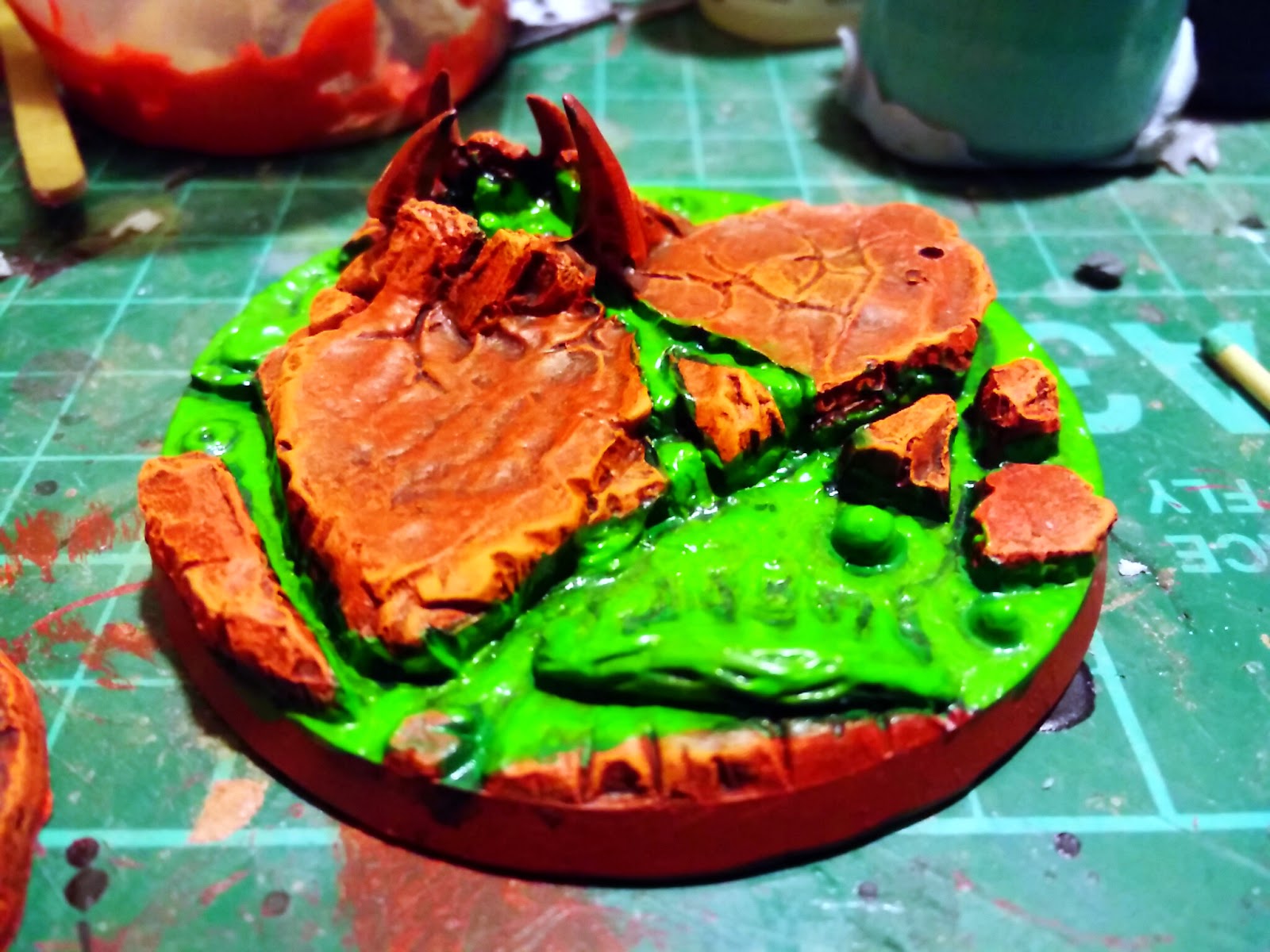 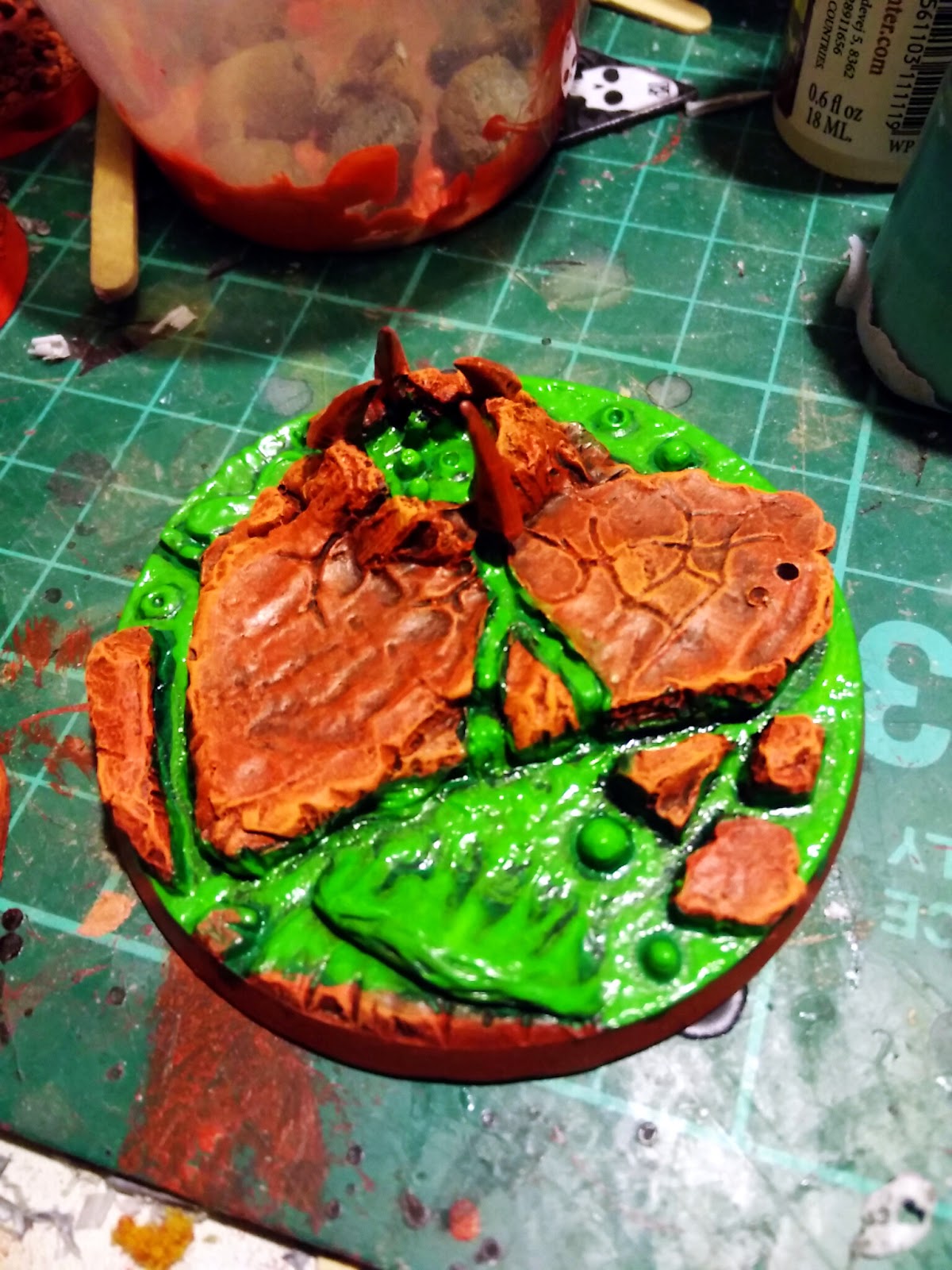 But you be the judge... sure there's more detail and it matches my other slime green but... 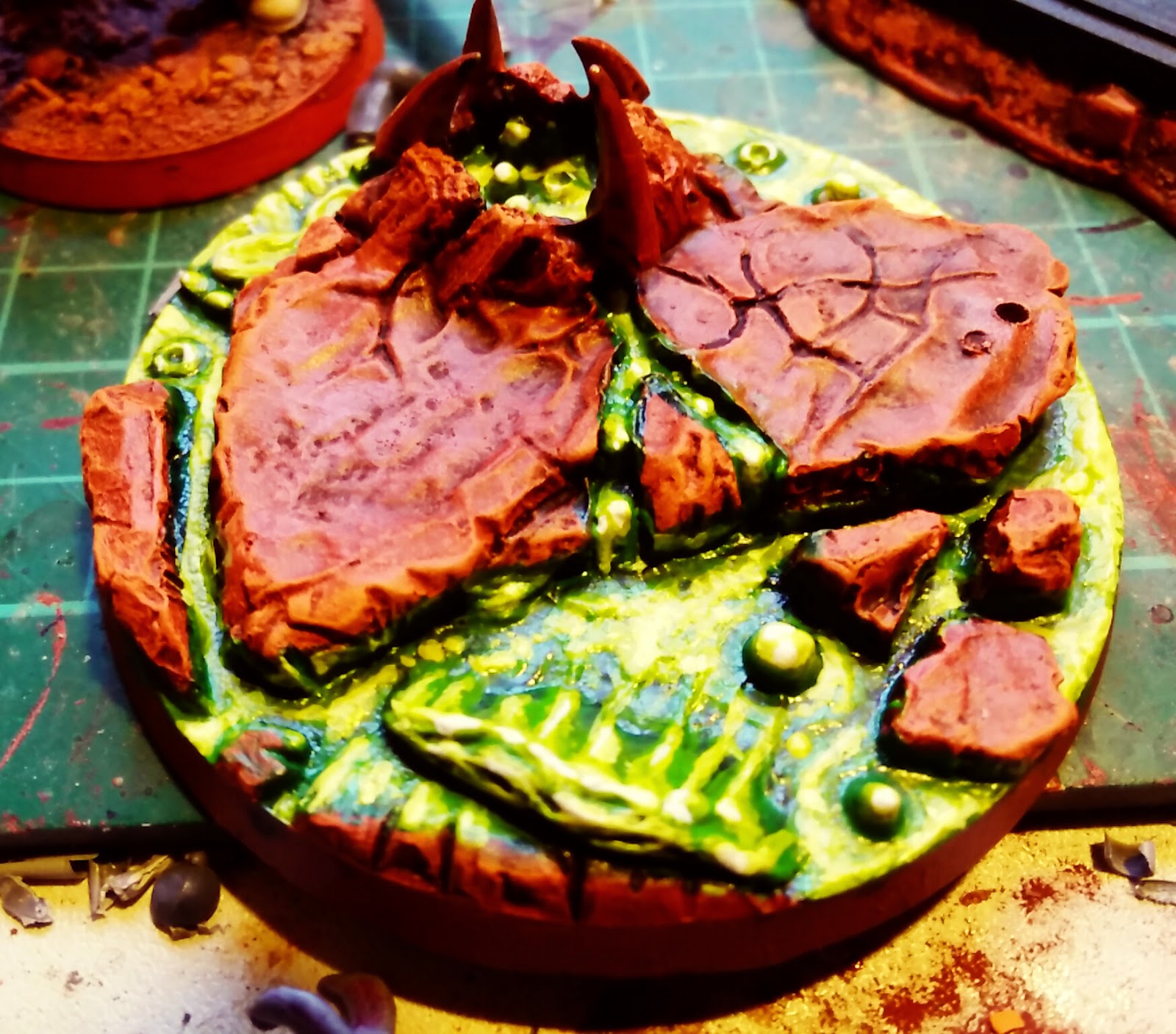 anyway it doesn't matter now it's all too late. 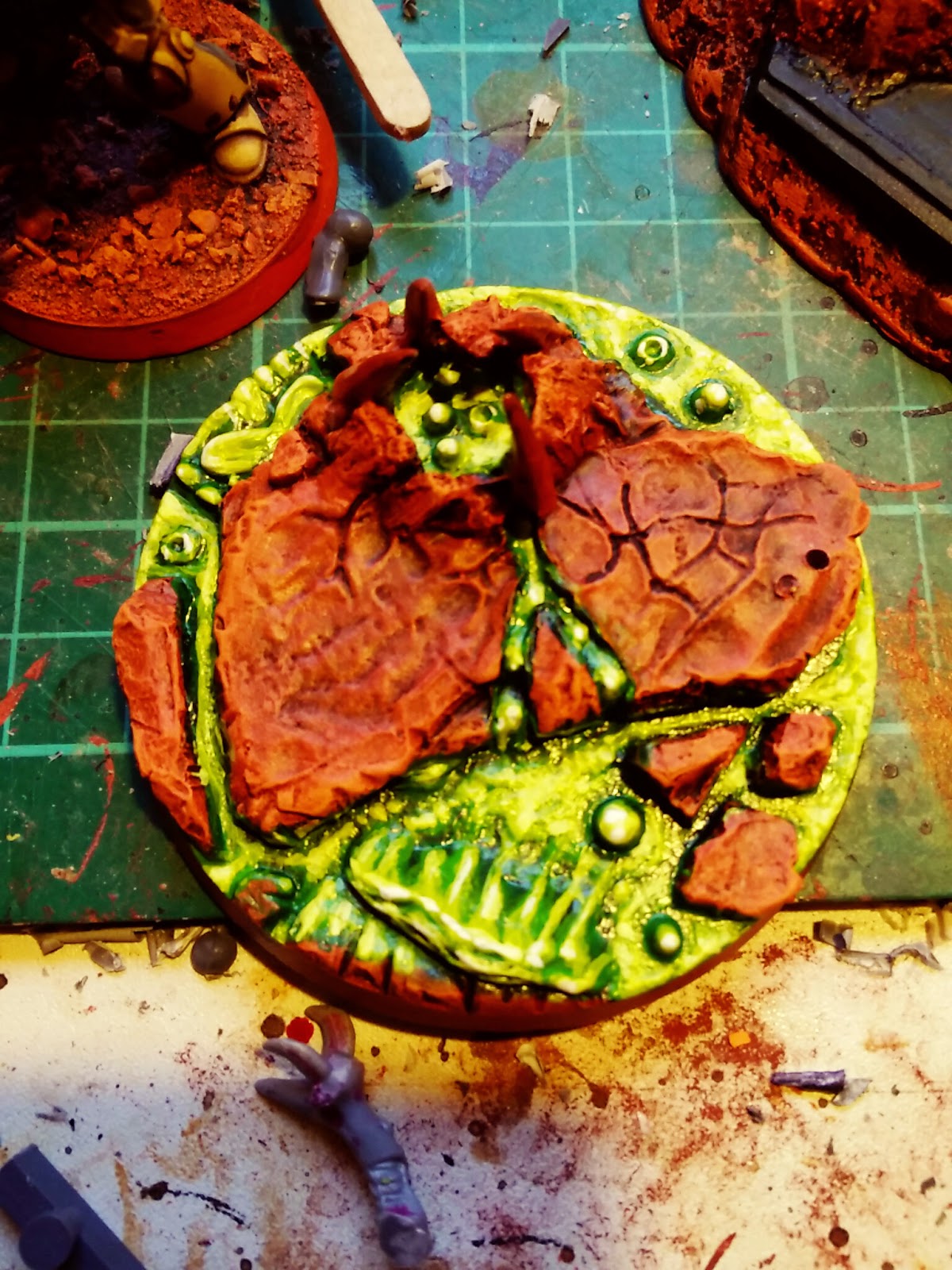 because I attached the rim of takeaway mango chutney tub to the edge of my base with PVA. 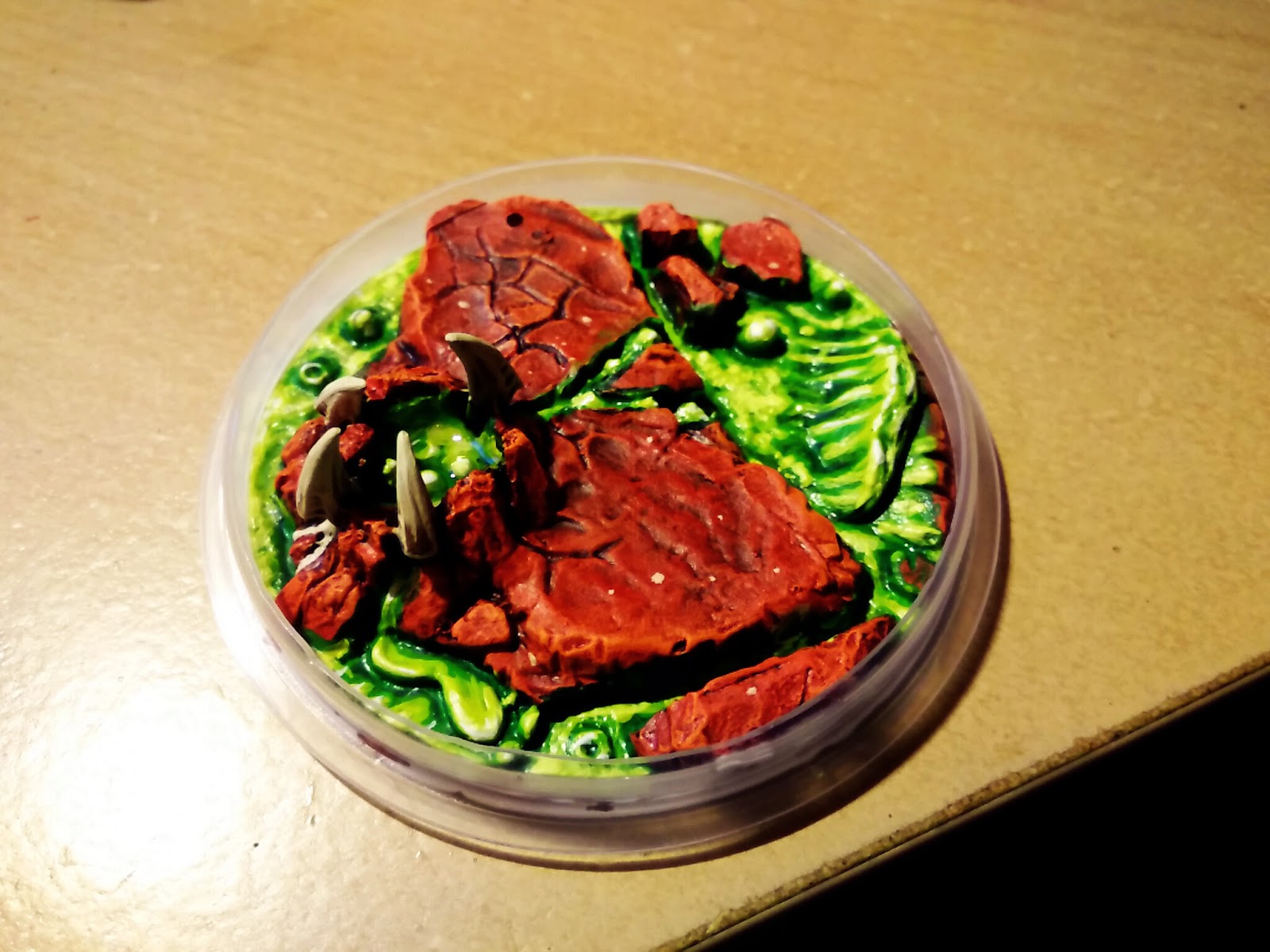 I then proceeded to fill it with Vernidas varnish 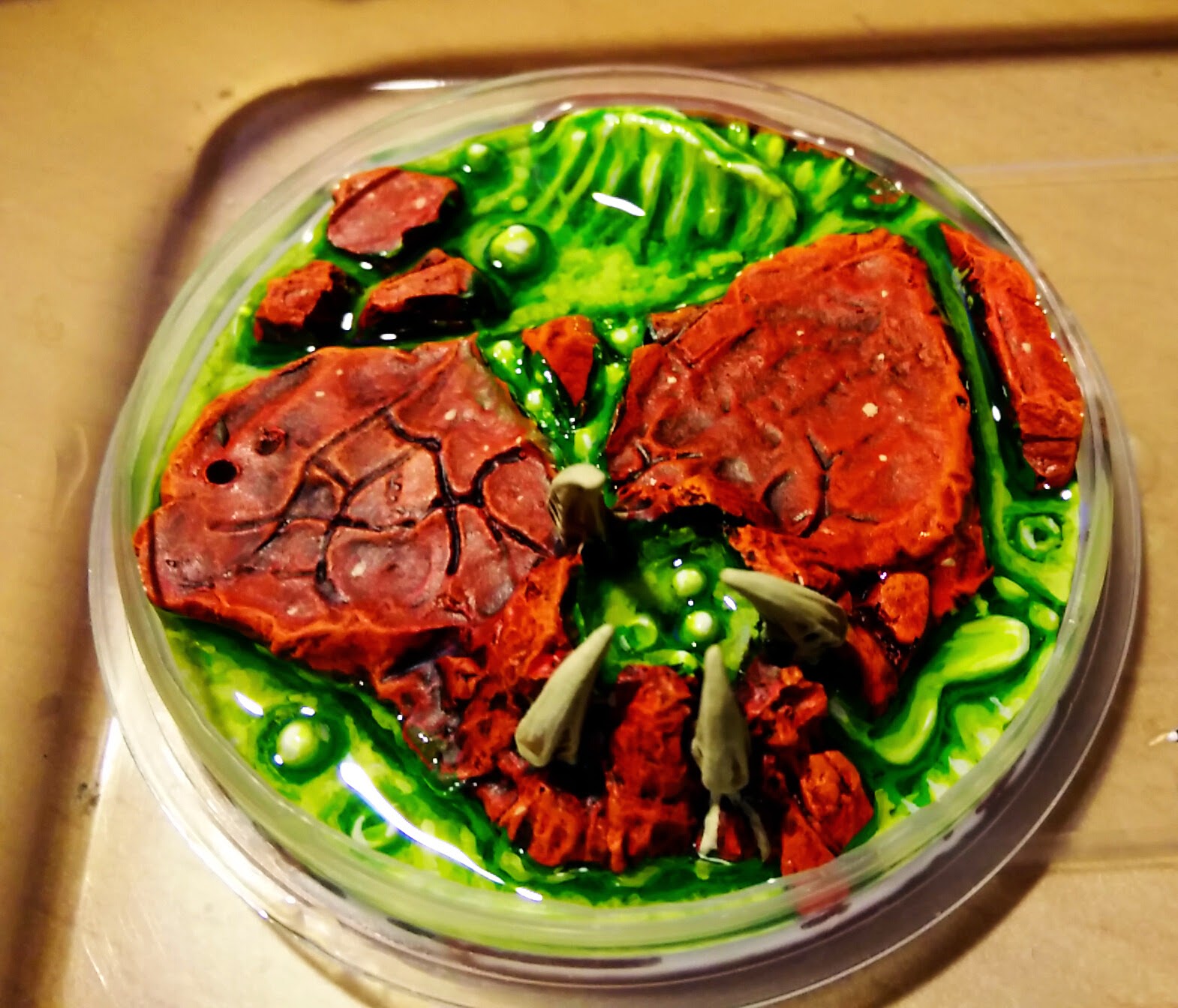 Here you can see how much was put in. I'd expect this to shrink by about 80% so I am going to use successive coats to build it up. Drying it on the radiator is speeding up the process a little bit. 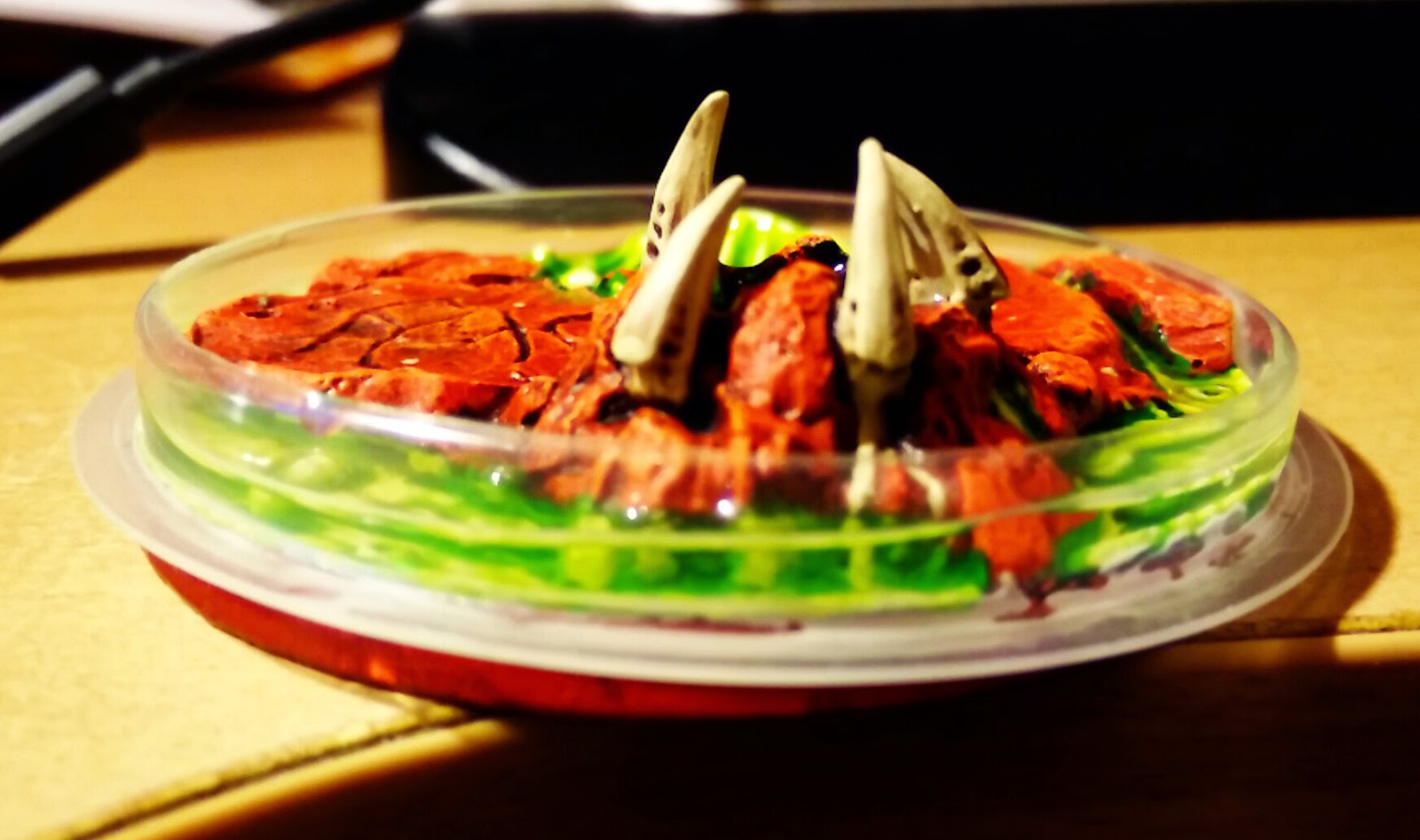 Fingers crossed when I come to remove the form that PVA can come off cleanly too. I did a little test with the Vernidas on the plastic and it didn't stick too much so that should separate. However, that red stone on the right has highlighted another concern. I've noticed over time that previous Vernidas pits have perhaps yellowed a little bit. As you can see the surface tension of the varnish has pulled it up over the rock and already I've discovered a jaundiced tint to it. 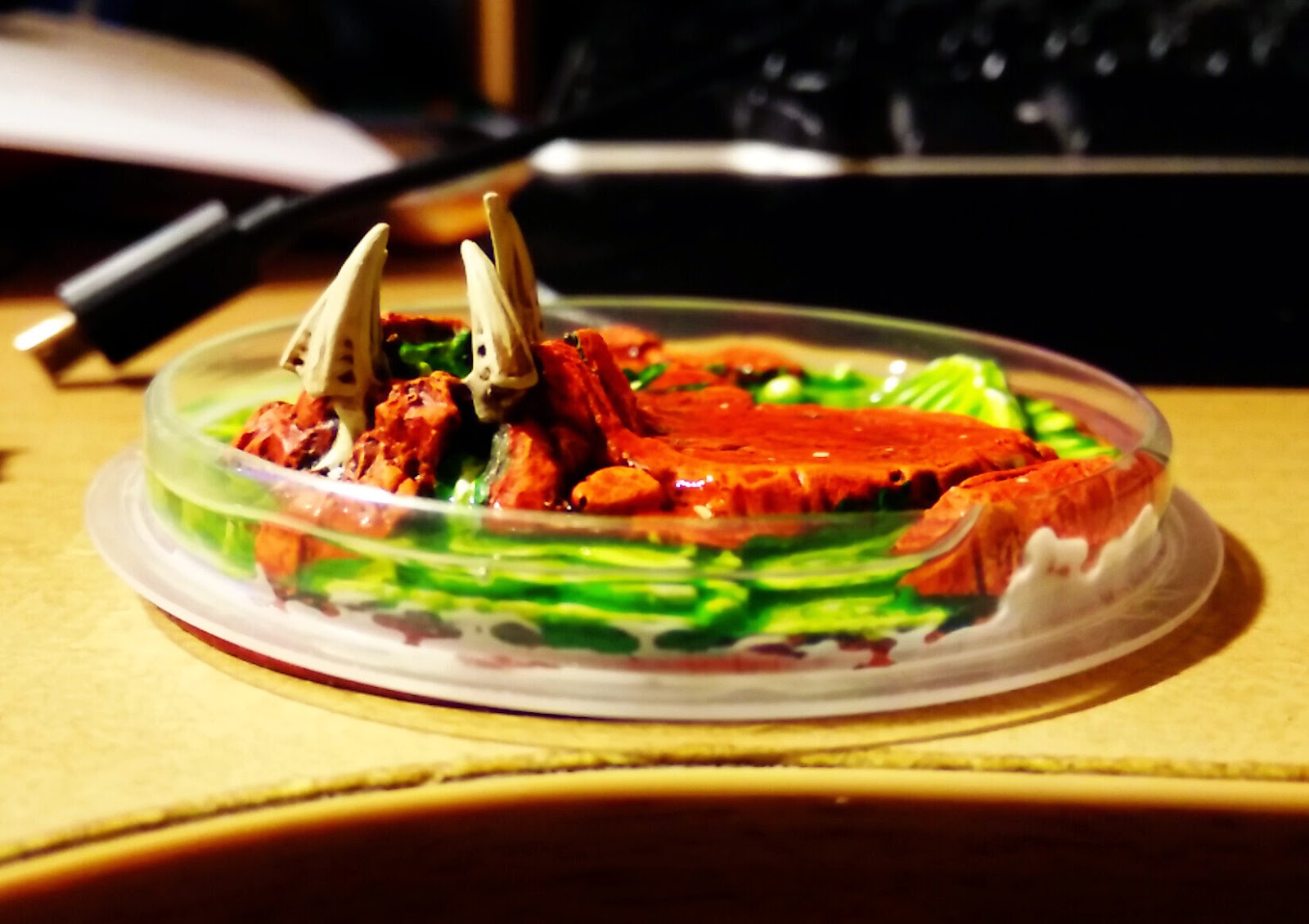 I can live with that as although I think the crystal clear pool looks fantastic it's not particularly realistic given the stuff the nids [including themselves] will throw into a digestion pit. 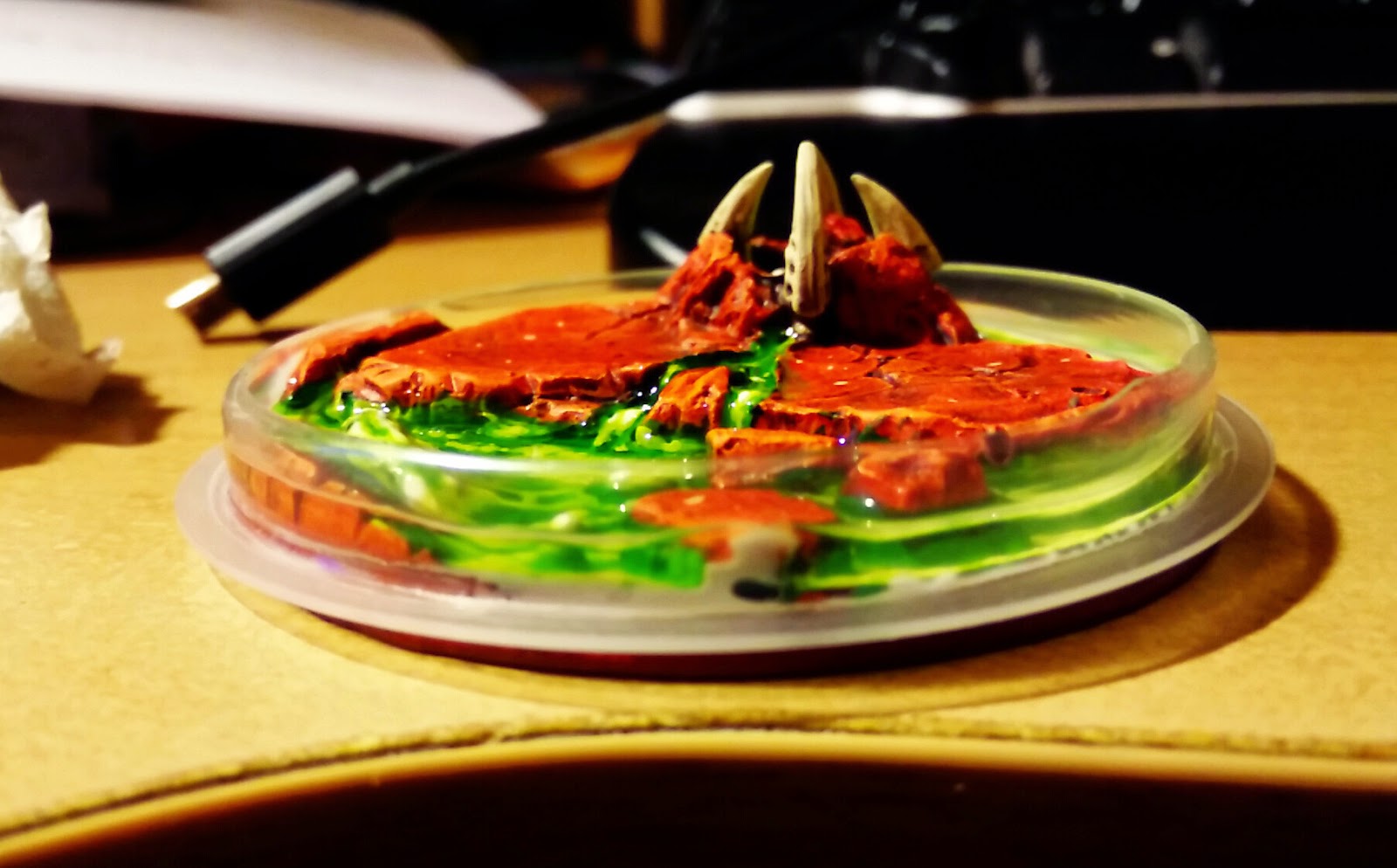 I may regret not using a proper two part epoxy varnish/resin which would have done exactly what I wanted for less fuss. Anyway, this will continue to be topped up daily and eventually I'll be happy with the amount of fluid and then crack the rim. Meanwhile I've been working on Deathleaper's scenic base and actually have the first set of highlights done on 3 Deathwing Terminators!
Posted by 40kaddict at 12:39