Penguin: ... But a little patience - and a LOT of tape - make all the difference.

So here's my homemade Empire War Wagon. I took the flat views of the original model, traced them and then photo-copied by 150%. Used the photocopy on balsa wood. Then for all the armour scales I used 'chads' that's the name of th small circles of paper/card you get out of a hole punch. Hundreds of them positioned one after the other. Lollipop sticks were used as the axles, they've since broken through the balsa wood lower frame but I still think it's cool. 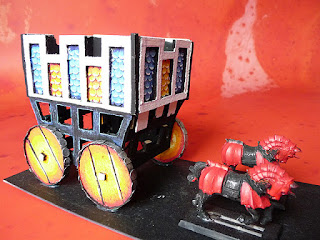 Extreme highlighting in mass effect once again. My Light Wizard Ninja Accolytes getting in on the action and matching the colours scheme once again 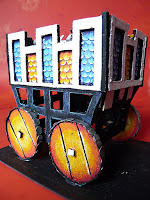 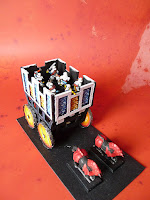 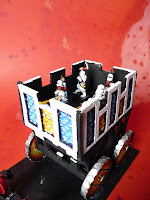 A close up of the 'Hot Wheels'. 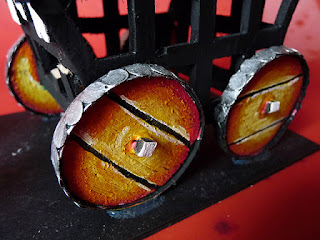