Terrain is everything - Munitorum containers - BIG BUILD TO DONE!

Afternoon #WarHamFam and #WarhammerCommunity I've been #PaintingWarhammer and I know it's #DreadTober but I have a backlog of content and although not a Dread and not the 'dread' I've pledged it is sort of dread sized. Anyway, I hope to get an additional 2 Munitorum Containers finished for #ArmiesOnParade and this is the 4th one I got from the Imperium partworks sale, that also got me the additional Death Guard 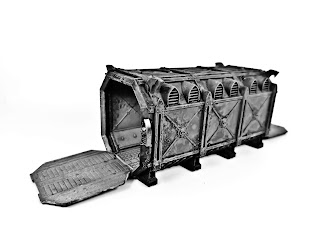 It had been sat unbuilt for quite a while because I wanted to make the doors hinged so they could open and close. 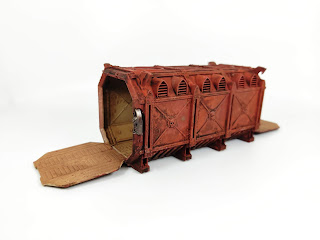 It's a little fiddly but actually very simple. I used fine brass pins in the doors themselves and drilled into the door frame. 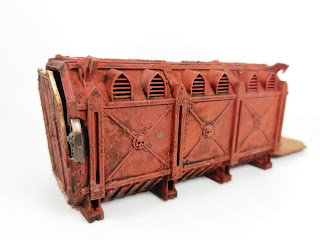 I drilled through the bottom of the door and had to try and patch it up with some sprue shaving, superglue and bicarb of soda. Fingers crossed it's strong enough. 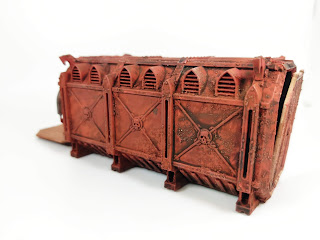 Basecoats, this appears much bluer than in real life. It is Hydra Turquoise I think so has a little more green in the colour. 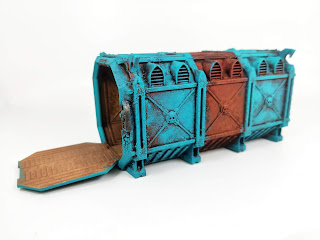 These containers can be incredibly frustrating as to get to this stage is relatively quick and easy. Then I get stuck with how next to proceed. 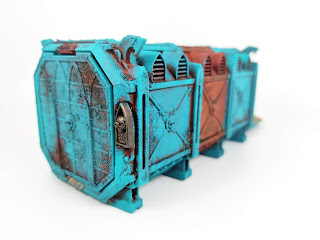 I;d originally planned a white stripe down the centre but somehow thought the red looked cool so that arrested any momentum as I had to ponder that change in plan.

It would still need washes though, to try and bed that Turquoise into the red oxide undercoat. 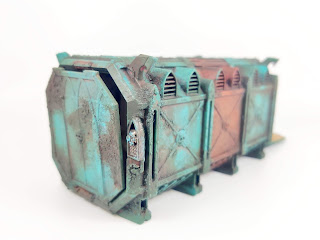 My sepia wash once again doing it's damnedest to leave deposits in the recesses. Not a problem with loads more washes and rust effects to add but this is much more representative of the actual colour. 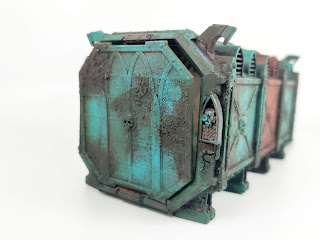 I'll be trying to keep the red stripe darker than I usually go. It won't get to Vermillion, I have a Mephiston Red that I'll be sticking to. 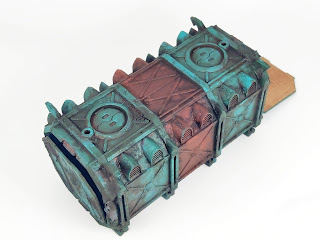 After I do some more highlights and weathering the next issue is big numbers, how and where do I put the big number? 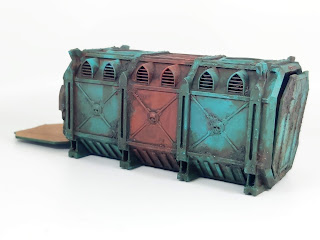 However,  I do get a Great Big Big Build RUSTY Stamp of Approval for the build. 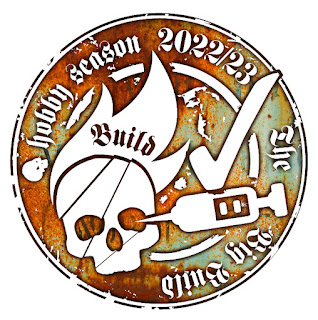