Afternoon #WarHamFam and #WarhammerCommunity - I've been playing #MESBG [Middle Earth Strategy Battle Game] at Otty's again. Oh man it's becoming such a tragedy that I don't have the time to complete these battle reports so soon after the event so I have some semblance of what went on. I was playing Liam's elves in this game and once again pivotal dice rolls made the game. I'm not sure I'll be annotating the battle as it happened but just an overall commentary throughout. This was the first time Liam had faced me with the two Cave Trolls, he didn't even know I'd added a second to my warband. 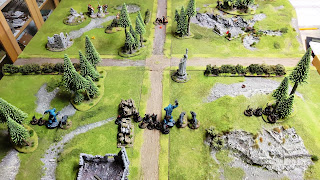 He was not a happy bunny! I think he had 5 or 6 re-rolls because of the lower value of his warband compared to mine. 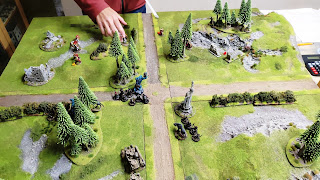 However, I was very much dreading that I would squander my points advantage and snatch defeat from the jaws of victory for most of the game. 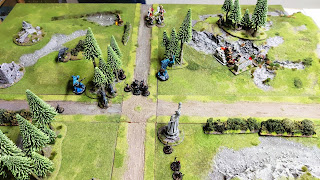 It was an accurate portent though as ultimately I did lose. That was in part because I was broken and then most of my army fled the field. 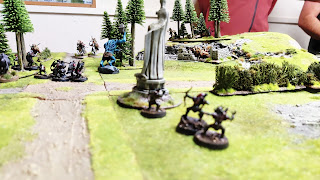 This gave me a new insight to one of the weaknesses of Moria Goblins that I hadn't really experienced up to this point - their shocking Courage value. 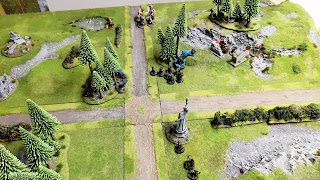 It was also interesting to face Liam's Elves because I was not only reminded once again of how tough some of them are, but how accurate they were with their bows. Their arrows weren't worth anything, but they could hit me all day long. 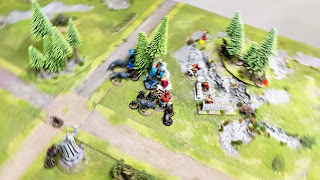 Eventually some arrows did stick though, hence why I was broken. 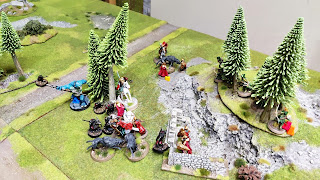 But Liam's dice were utterly cursed and this roll elicited a laugh/cry from my throat that I don't think has ever passed my lips before in my entire life. 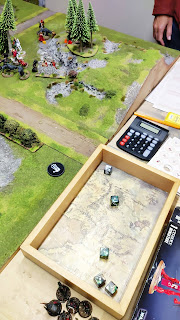 What didn't help was that some of my dice were absolutely on point. 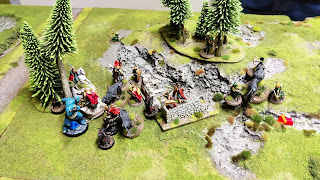 And these three 6s did not go down well with whatever squashing, rending or throwing my Goblins and Trolls were attempting at the time. 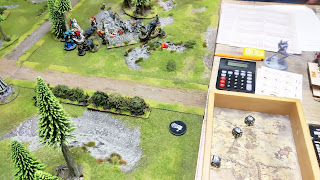 But ultimately I think his Elves, which had taken up defence in the ruined farmhouse, proved much higher quality than my goblins and the rout followed swiftly. 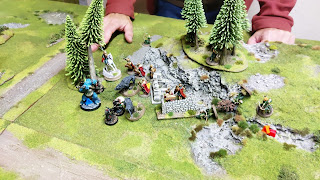 It was a little frustrating to yet again fail to deliver on both the two Cave Trolls and the significant advantage in points. Liam also gained 5 or 6 bonus Influence points for the win and although I think one of his models died outright he was easily replaced with plenty of Influence left over after maxing out his warband. I foolishly pointed out the Seeing Stone item he could purchase that allows him to roll a D6 every turn and on a 6 he chooses who has priority. An awesome item which reminds me that was the mission - there were scattered relics across the board but I don't think you got anything at the end if you held them. However, it did seem appropriate that he would then have a Seeing Stone in his inventory after such an event. I expect this advice to come back to haunt me at a later date!
Posted by 40kaddict at 12:45