Afternoon #warmongers and #warhammercommunity it's the 'seventh' of #Dreadtober and I'm continuing my #Imperial Knights Armiger Helverins. I'd been avoiding the marble tiles, I'm not sure why, my marbling skills had been pretty successful so far. But I girded my loins and gave it a go. 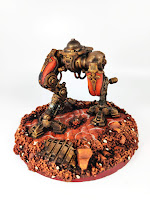 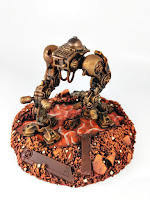 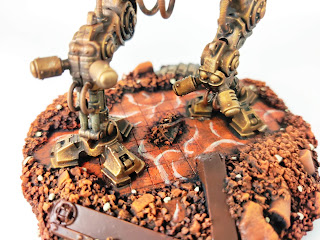 I tried to fade things a bit so it similar to what I'd done before. Naturally, I didn't refer too closely to those previous examples, even though I was attempting to recreate them. 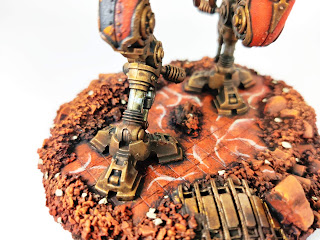 I added some shading in and managed to achieve what I feel is the worst marble out of the three I've attempted so far - yay me! 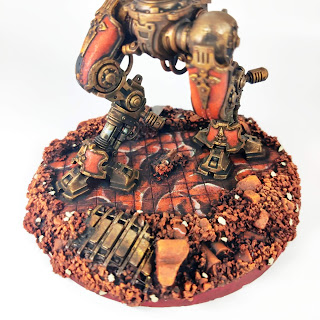 I'm not entirely sure what the problem is but it just doesn't sit right with me. Maybe the pattern is too big, or the contrast is too high but it's not what I expected. Fudge it, I can live with this sort of underachievement. 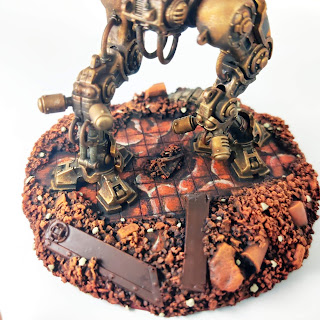 Meanwhile, I'm adding sepia shading all over the metallics and debating whether I'll sponge any additional Runelord Brass onto it... 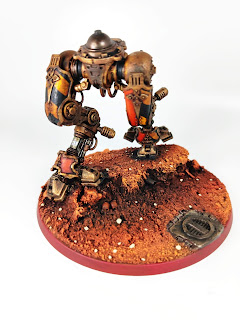 And I don't think I will. Having compared it to my previous Armigers, which were almost pure Warplock Bronze on the legs, making the legs any lighter just feels unnecessary. 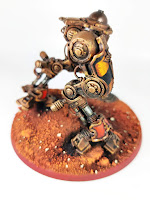 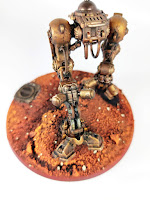 Carapaces also got shaded and also the reds got highlighted. 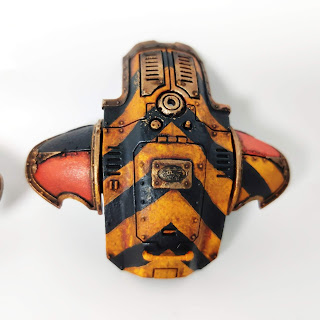 And we're done. Well, not done, there's still loads more to do. But the majority of the highlights are there, so it's Blessed Verdigris next and then highlighting the yellow. 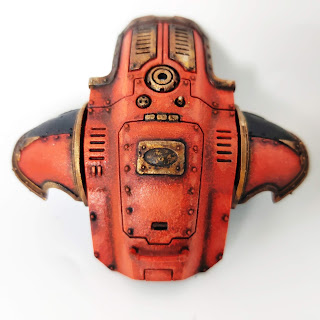 So, a mixed bag of progress, success and some minor disappointment but getting there.
Posted by 40kaddict at 12:18