Afternoon #warmongers and #warhammercommunity my mate Otty is heavily into Middle Earth and Battle Companies in particular. 6 years ago he built a shed and it's gone through a number incarnations as storage for camping gear but he's extended it and now co-opted the main space for his hobby room. Total shed envy going on. Anyway, he had arranged a Tuesday afternoon battle with Liam and, as we're all vaccinated, I took the afternoon off to join in. I haven't played battle companies, closest thing to it was back in 2013. Somehow I ended up playing with Otty's company of Rohirrim and Liam had his Warg riders - they're aim to get two of the warband off the board. 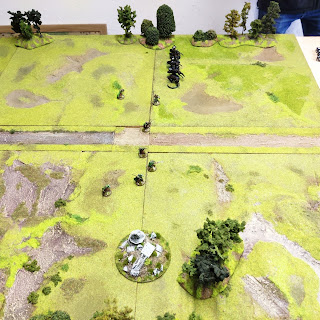 A pretty hard task as his riders and wargs are so fast. What I failed to grasp was that Otty was going to continue to evolve his company based on my efforts. 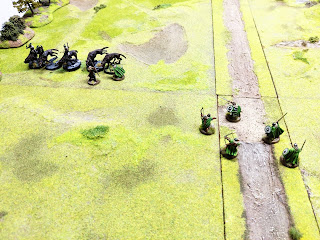 Blissfully unaware I had not qualms about needlessly sacrificing characters, compounded my little understanding of the chances of success in any given fight. 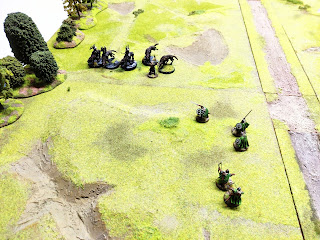 This meant that Liam easily overran my forces, picking them off one at a time. 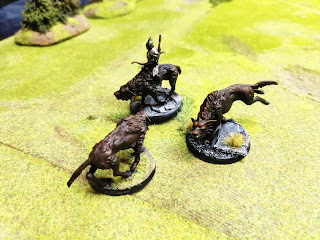 The only success I had in that there were many instances where I need a just 6 to survive or beat Liam in a roll-off of some sort. 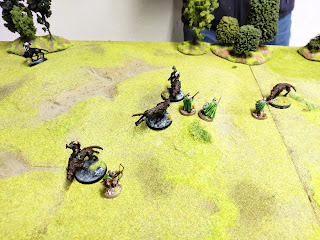 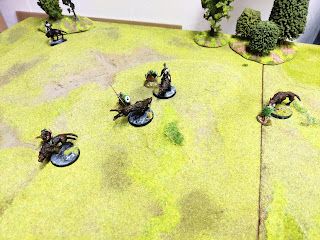 It's an interesting game system and relatively quick to play, even if there were a number of dice rolls for who fights first that slowed the game a bit. 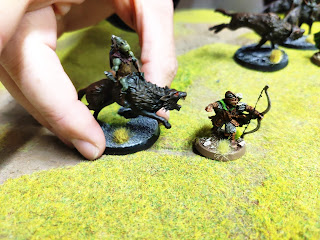 Despite my many lucky 6's I couldn't prevent him rounding up each character and killing wounding them. 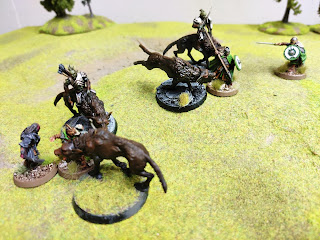 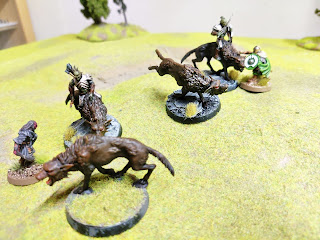 Until the last hero was surrounded. 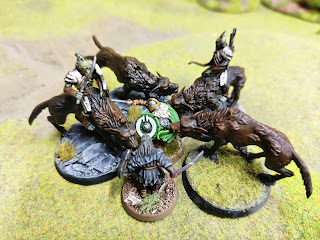 And savaged by Wargs! The guys then spent a fair bit of time buying upgrades and reconciling damage and wounds to the Rohirrim, where I realised how much I'd let down Otty with my cavalier approach to his warband 😉 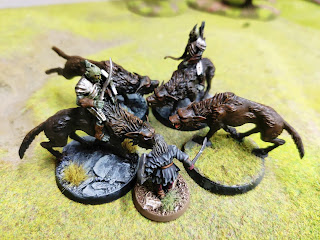 We still had time to fit in a second game, this time one of his wounded characters  was the objective in the centre of the board, but with so many casualties and wounded I was heavily outnumbered. 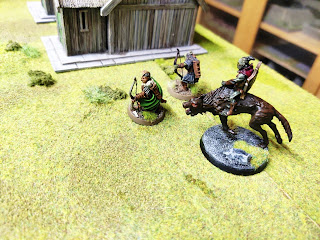 Initially my only saving grace was you can't charge first turn, and with random board edge deployment most of the Wargs were coming in from other sides. 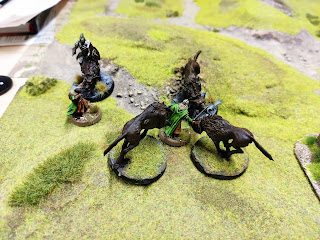 But the Wargs are much faster so there was nowhere to run to, although  one Rohirrim went to hide behind the buildings. 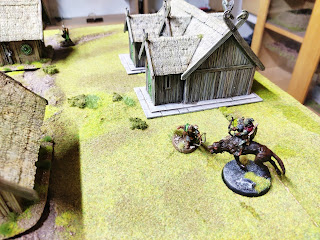 I did have a mounted Honour Guard though, who I hoped might turn the tide. 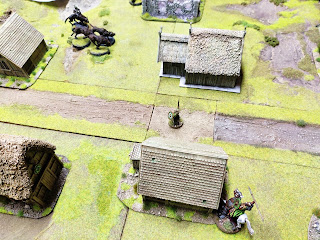 Even against overwhelming odds. It wasn't to be. I still got savaged, although despite the loss everyone got a significant haul of experience points because the were so outnumbered. They may have sustained a wound or be out of combat for a mission but Otty wasn't too dismayed at another poor showing. 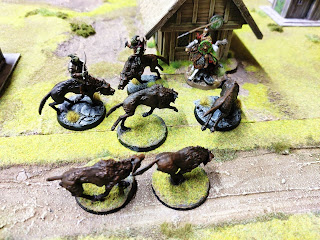 I also took pics of some more of Otty's heroes. His collection is outstanding with multiple cabinets and shelves filled with armies for many systems. Next time I'll take some pics. 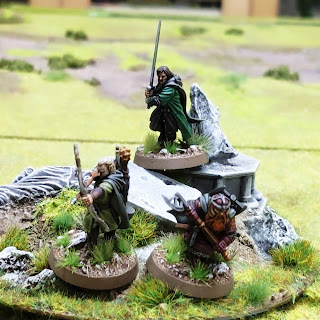 Liam also brought his own Warg. 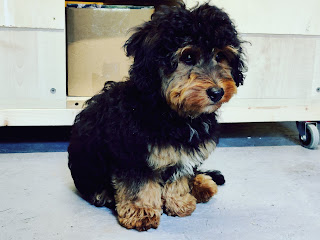 And it got to play with Otty's 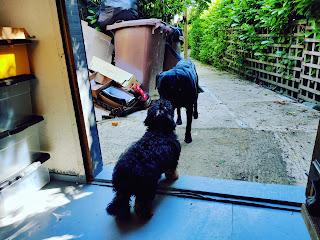 Nice to finally see these guys after so long, we had a lot of fun and laughs. Fingers crossed we get to do it again.
Posted by 40kaddict at 12:16