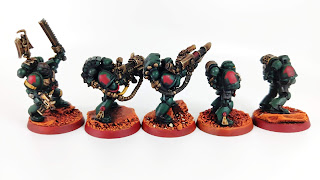 But it was something that obviously needed doing. Freehanding an arrow isn't the hardest thing in the world but you have to be reasonably consistent. I'll let you be the judge on my success but overall they're not too bad. Even some of the taller and squishier ones seem OK, because they retain the overall shape and angle of the arrow head. 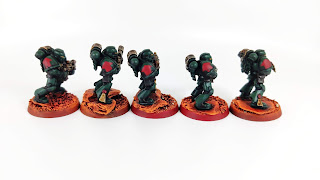 Some might expect 100% uniformity in their squad, well that's just wishful thinking for me. I do the best I can and part of me feels that each Space marine paints his own armour. I know that's not lore, although it might be for some chapters. But it's a nice idea that they're sat there decorating their own armour. I now there are serfs and artisans to do that, but even so I think it could happen. 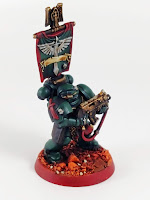 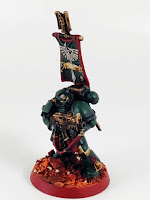 Here's the process of how I did the arrows, the pics a re a little softened somehow, but you should be able to follow the process. So I start with a blank shoulder pad. 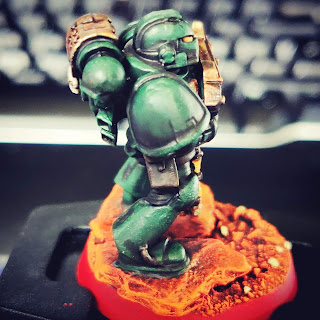 A 'bindi' dot for the tip of the arrow head. Centre of the pad, about a third or quarter down from the top. 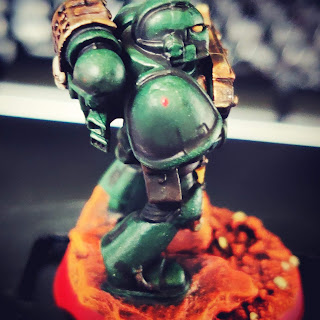 I draw a line diagonally out from the dot. 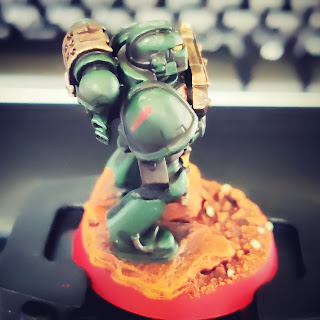 And try to mirror it on the other side. 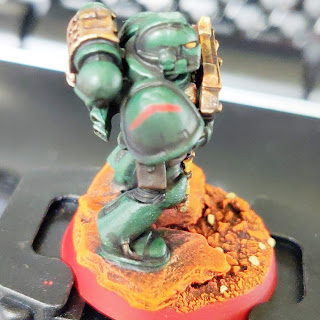 A horizontal line in from the edge of the arrow and then a vertical line down. 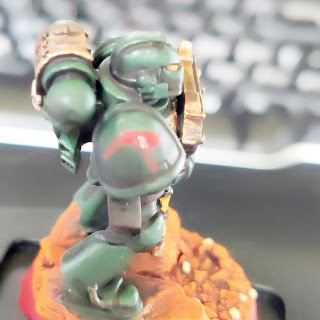 Repeat on the mirror side. 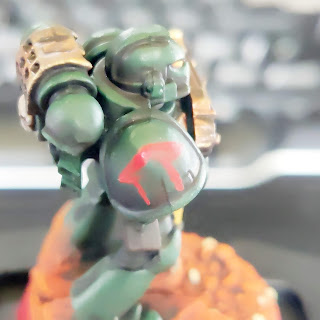 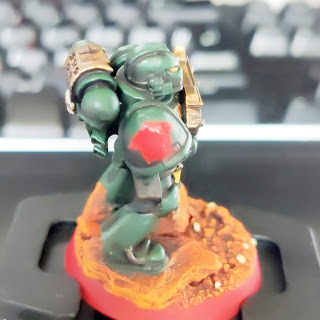 Obviously, it's far from perfect. Even the potato camera pics can't hide some of the imperfections. But, there are highlights and shading to come and you can neaten up the arrow edges with Caliban Green. I know there are highlights there that Caliban Green will just cut through and you might think it needs to match the highlights, but it really doesn't. The darker green will act like a little outline and help the red stand out. So don't worry about perfection you can tidy all of this up and it's great practice for the next step - the freehand Chapter symbol!
Posted by 40kaddict at 12:00