Afternoon #warmongers and #warhammercommunity whenI finish #paintingwarhammer I used to take a number of pictures - the quality pics with a digital camera and then some highly filtered shots on my phone - because they look cool. Nowadays the phone shots seem to suffice, thanks to my home-made light box, I mean they could be better but I think they're OK.

However, although I believe the pics always look great against my original Ferron Proxima terrain mat I know that they're an issue for some and white background shots are what White Dwarf like, not that I've ever been in White Dwarf, but one can dream. 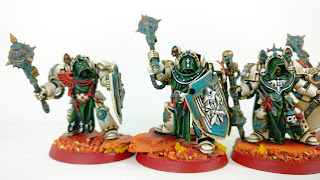 So, my second lot of pics are the white background ones, in my hopes of being published and to appease those who don't see the benefit of my contextual Red Planet BASE shots. 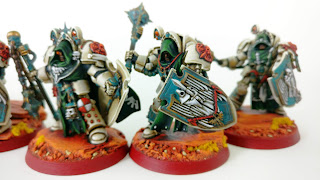 Given the focus on recording the miniature, rather than taking cool pics I have taken shots from more angles. 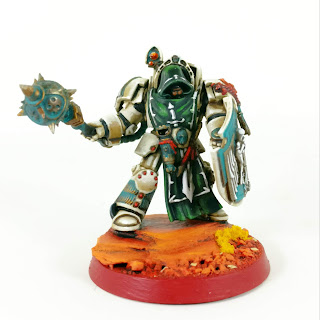 This way you can see more details. In particular I rather like the small verdigris stains that have leaked down the back of the terminator armour. 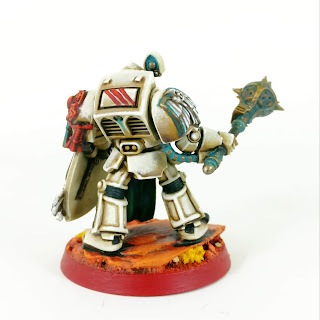 I spent a bit more time on the verdigris on the shields, multiple coats. 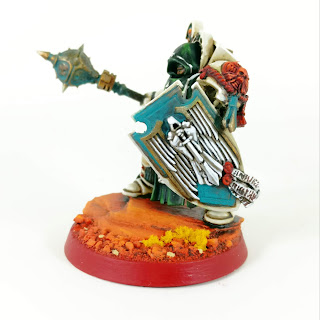 In no way have I reached the depth of colour Marc gets on his Iron Snakes, in fact it's pretty flat and on the face of it not particularly convincing despite the effort. 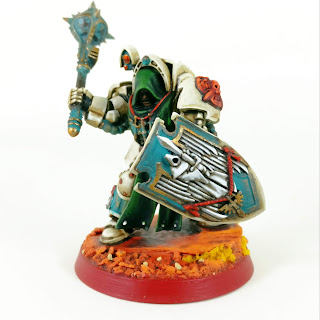 But having observed a lot of verdigris its a reasonable representation as quite often its is flat and unassuming. 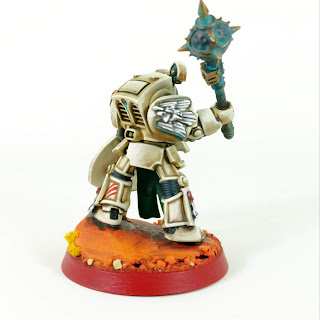 In fact the weathering can appear different from panel to panel, that's the nature of a naturally occurring weathering effect. 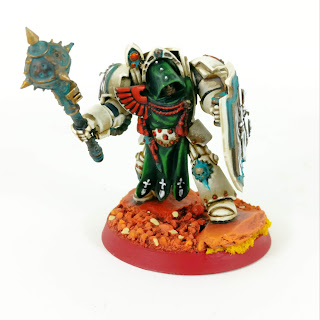 The mace came out pretty good, but still undecided about whether I should have applied an orange glow in places... 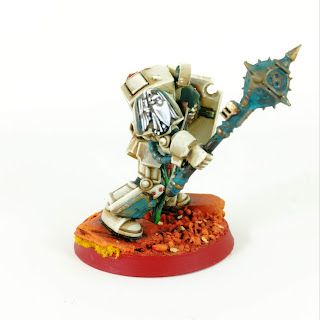 This shield worked quite well with the verdigris. 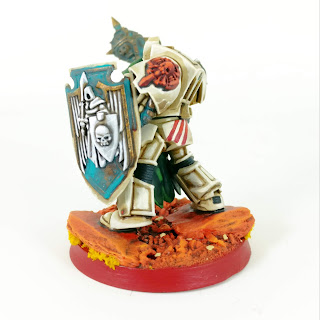 At some point I need to break out the other squad and start posing them. Man, I could be 50 by the time they get done! 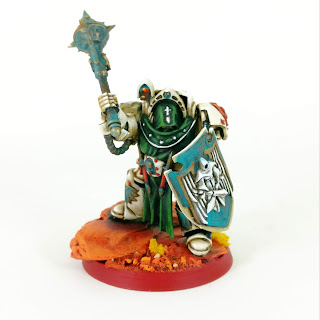 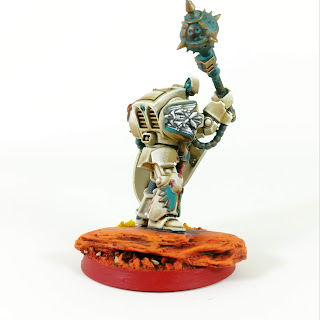 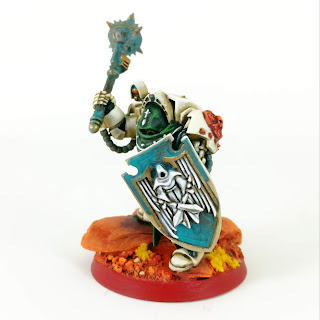 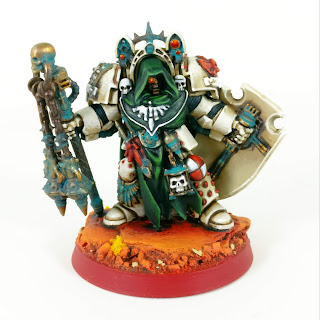 The cloak is far from perfect but I think I just about salvaged it. 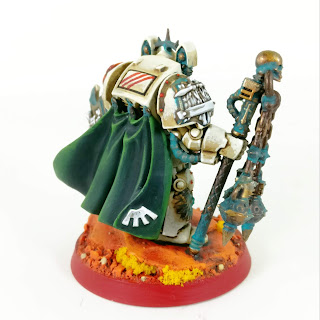 I guess fabric folds is just one of those things you need to practice and I don't get to do a lot of that so it's a bit hit and miss. 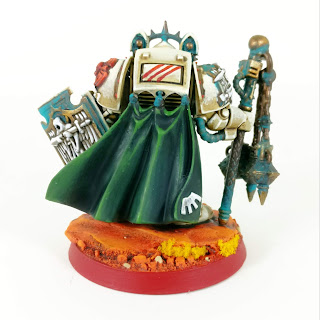 Oh and I still need to put some text on those nameplates but I don't know what to put or if I can manage freehand that small... 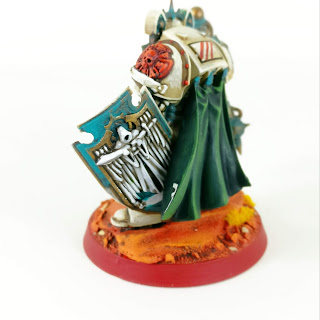 Anyway, hope these additional pics get to show a bit more detail. Obviously it highlights some of the bad bits too but overall I think they transcend their deficiencies and ultimately I'm pleased with the outcome and my efforts to finish them off.
Posted by 40kaddict at 12:40