Afternoon #warmongers and I am #paintingwarhammer #AdeptusTitanicus. |These are on of a plethora of projects that I'd been working on simultaneously alongside my Deathwing Knights. With the Knights being so challenging I needed many different things on my palette to keep my mojo ticking along. I've done all the metallic highlights and got to a point where I wanted the armour panels on. Typically I'm not sure if that's premature and I'll suffer for adding them too soon. 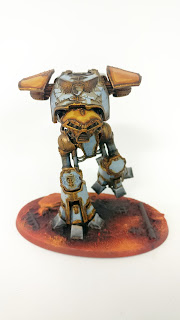 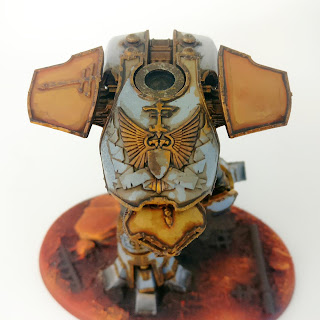 Added some sepia on all the trim and it also helped blend the yellow with the orange base. 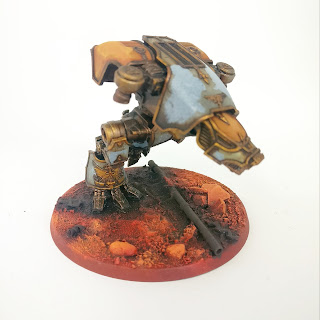 I'll be looking to stipple on more yellow in a diffuse mottled effect akin to the original War Griffons colour scheme. 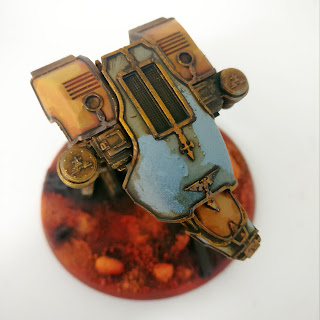 There's so much here that I had achieved in the preparation of these Titans I know I'm going to end up covering, it's infuriating I can't just leave things as they are. 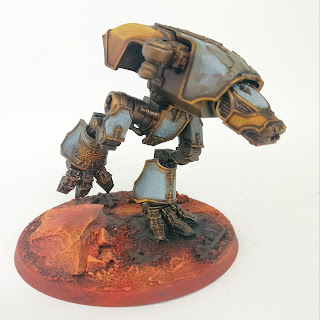 An additional frustration is that I had intended to follow Duncan's guide to painting War Griffons on Warhammer TV but typically I've just gone with how I would paint these things myself. 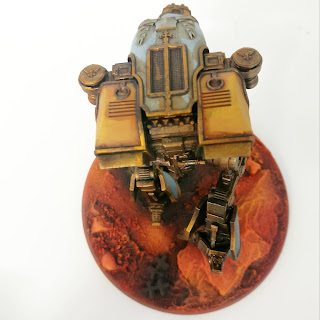 It would have been so good to just follow each step, come out with something new, with new skills and knowledge and no need to make decisions, which I fear I'm going to end up doing as I make my own way. 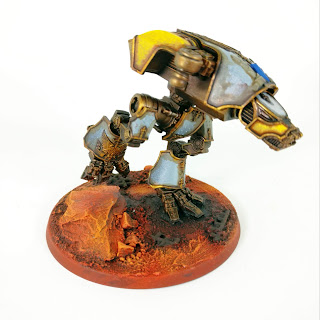 Here you can see mottling effect with further spots of Iyanden Dark Sun and then Valejo Game Color Sunburst Yellow. 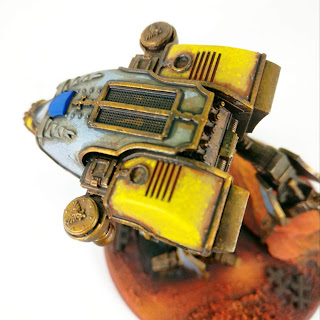 It's not entirely what I was after but I still have some battle damage and some line highlights to add which will help define the shapes and give the impression of more detail which will then change the perception of what the mottling is. 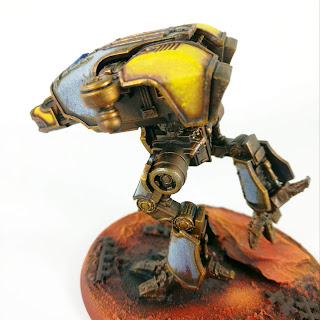 I think I have to shade the entire grey pieces with black. The grey primer is very different to Stonewall Greyand as such I can't use it as it looks odd. 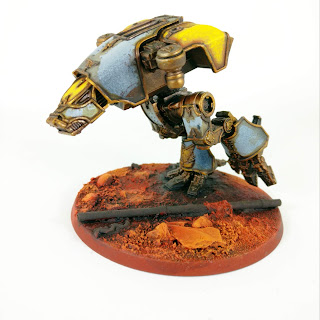 The primer is a cool grey, while Stonewall is a warm grey. 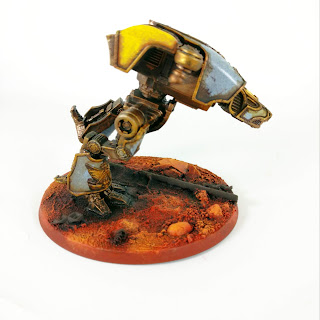 I also picked out the blue shield, still have to done the bone scrollwork. 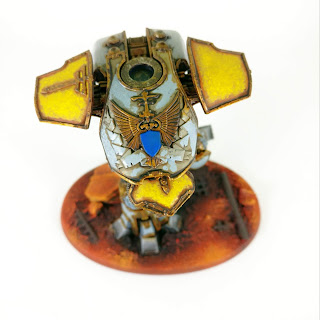 The shoulders have come out OK, like I say, the damage should help tie everything together. 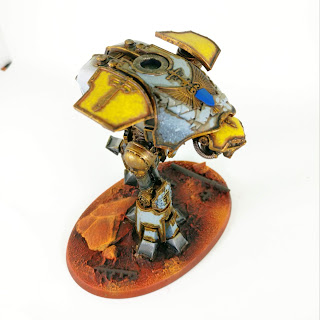 I mean these are great and everything but once they're done I've all the weapons to do! 😳 Anyway, I'll keep chipping away at these, literally and figuratively for now.
Posted by 40kaddict at 12:12