Afternoon #warmongers and I am still #paintingwarhammer Dark Angel Deathwing Knights. I am persevering and the second lot of bone highlights have been done.

Again I have a pot of 50:50 mix of white and Bonewhite that doesn't seem to run out, although it is getting a bit gunky in the bottom now. 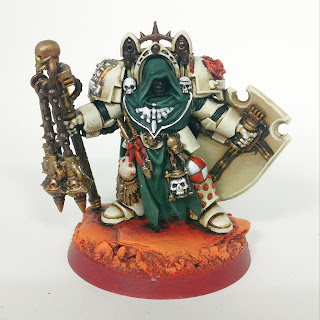 I managed to put on a single drop of paint onto my Pringle's mini-palette and a drop of Instar Water+ [that came free with my order, and will no doubt pay off to Instar]. I then stippled the mix on to get a textured blend, although clearly not quite as effective as I'd hoped in places. 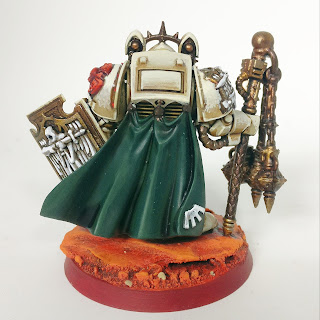 I've no idea what Water+ actually does, it did make the paint more fluid, but without thinning it too much so the paint broke down. There were some areas where it seeped into the recesses, which I'll have to fix, but it was handy to have. 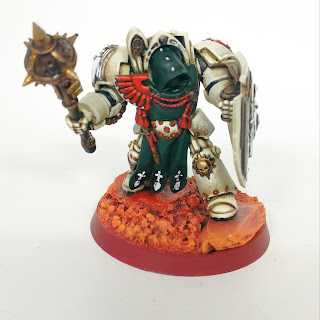 There may be some pure white spot highlights I'll do on these too. 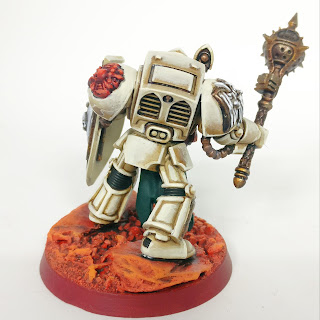 The bone is definitely working, it's not perfect and not quite the stippling I hoped for but it's much more than I had hoped for after the washes set me back. 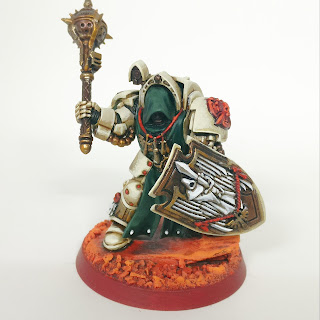 Knowing when to accept a model, even when it doesn't quite meet expectations is a lessone we all need to learn I think. 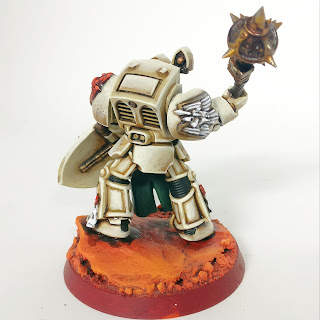 Green's still need doing here, although that didn't quite work out as I expected on some of the others, hence why I hadn't done this one. 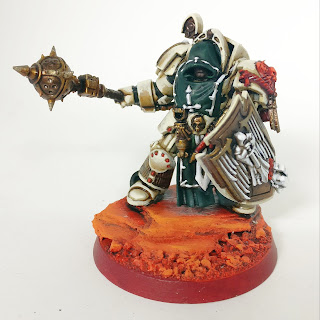 But again it's being patient with yourself, not too critical. I'm trusting that some additional bits will help to pull these together. 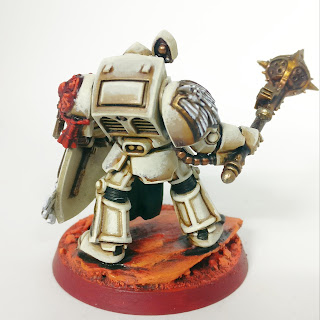 Alongside finished the greens, skin, verdigris, tribal stripes and lenses they should be busy enough that anomalies in the bone may be less noticeable. 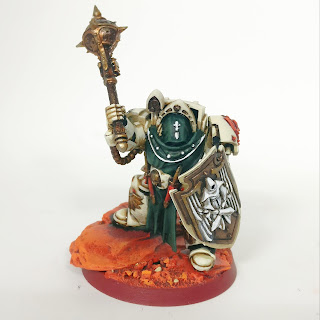 Then again, looking at the shading on the shoulder pad - it looks odd, but the viewing angle will normally be higher than this and I'm sure it'll make more sense. 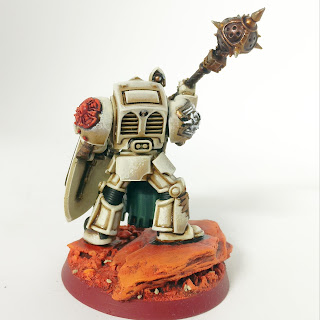 I really need to decide what I'm doing for the Genestealer skull, perhaps need to go white on this instead of bone, even though my nids have red faces - but that's when they have skin over the skull... 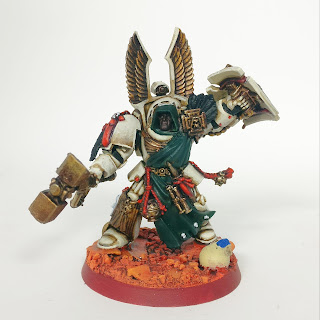 This might just have the best chance for the verdigris to look cool on those head wings. 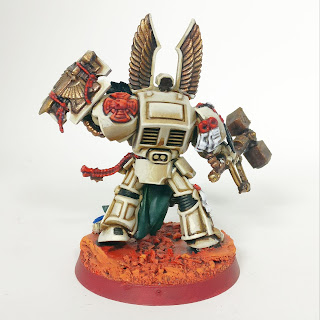 Think the white purity seal ribbons/parchment will be the best option here. If I wash them like I've previously done they may become completely lost. 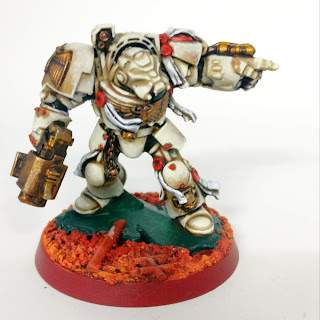 I'll perhaps know better when I've done the script on them. Not to mention pick out the debris on the base. 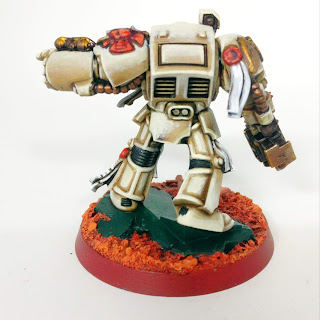 Last we have my old skool Grey Knight terminator that has ha some bone highlights done. He's mostly up-to-date, although I don;t know if those red claws are working. 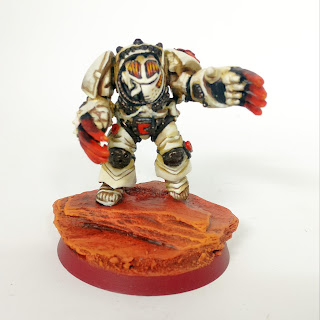 I actually have to do all the metallics on the back here. Most of the bone was done back in the 90's on a base of yellow, with a very poor black ink wash. Then I used brown paint in places, it was really only the right shoulder pad that had to be done, hence the difference in how they've been shaded [well the left one isn't...] 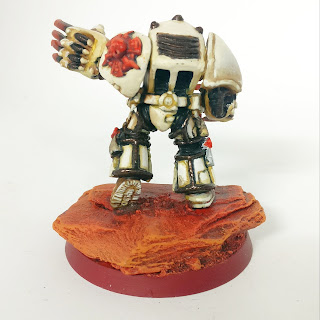 A mish-mash of old and new styles of how I paint there and once again compromises on what I want. The most frustrating thing about all these is that I will be super-elated when I complete them, but that feeling will last for around 24 hours while my frustrations and disappointments have been going on for months [years even]. That's why it's an addiction, most of the time it's suffering to meet your own standards and then you get that 'hit' after completion and each time it's harder and harder to achieve and lasts shorter and shorter.

Which is why I need to be grateful that I will complete them, because the fact they are done is something else, something different. You can't take away the achievement, even if the high fades. The miniatures remain and when this figure - over 25 years old is done that's one hell of an achievement, regardless of finish...